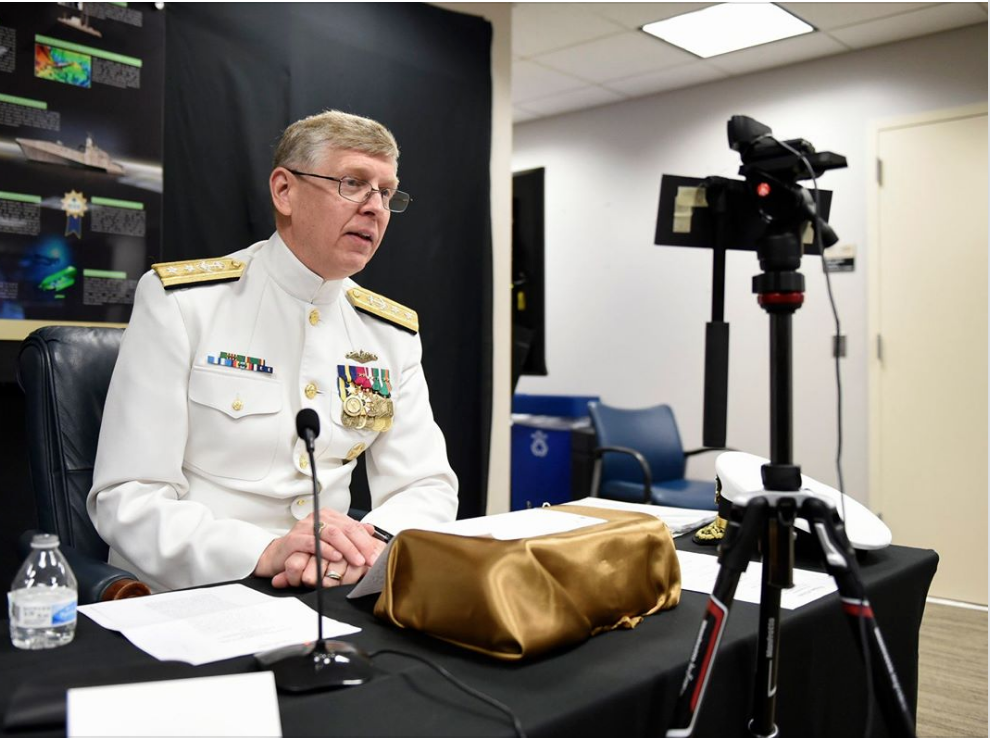 Rear Adm. Loren Selby during his change of command ceremony to lead the Office of Naval Research. US Navy Photo

The chief of naval research will cease serving in a dual role as the Navy’s director of innovation, technology requirements, and test and evaluation (OPNAV N94), according to a recent service memo obtained by USNI News.

The document, dated Aug. 18 and signed by both Navy acquisition executive James Geurts and Vice Chief of Naval Operations Adm. William Lescher, taps Carroll Quade to serve as the new N94. Quade, who was the Navy’s deputy for test and evaluation, must deliver “an organizational assessment” within six months to Geurts and Vice Adm. Jim Kilby, the deputy chief of naval operations for warfighting requirements and capabilities (OPNAV N9).

“To enhance accountability and reporting, effective the date of this memorandum the CNR will relinquish all responsibilities as OPNAV N94 and is no longer required to report to the Deputy Chief of Naval Operations for Warfighting Requirements and Capabilities (OPNAV N9) in this capacity,” the memo reads.
“The CNR will report only to [assistant secretary of the Navy for research, development and acquisition] via [deputy assistant secretary of the Navy for research development test and evaluation]. OPNAV N94 will be led by a Senior Executive that will have dual reporting responsibilities to DASN (RDT&E) and OPNAV N9,” it continues.

Rear Adm. Lorin Selby, who had served in the dual-hatted post since May, said Tuesday the memo does not change much about his job as the Navy’s lead researcher. He noted Quade will continue to report to Navy Deputy Assistant Secretary for Research Development Test and Evaluation William Bray.

“What’s changed is, I’m no longer my own resource sponsor, which is fine. We have a great relationship with the N94. We have actually already decided we’ll continue the same drumbeat of meetings,” Selby said during an appearance at the Department of the Navy’s Gold Coast Small Business Procurement Event.
“They still come to our daily morning and evening standups, so they’re still part of the team. The one piece that’s kind of a little cloudy is my role as a senior national naval representative – SNNR,” he added.

Selby, formerly the Navy’s chief engineer, will continue serving as the chief of naval research, which includes overseeing the Office of Naval Research based in Arlington, Va.