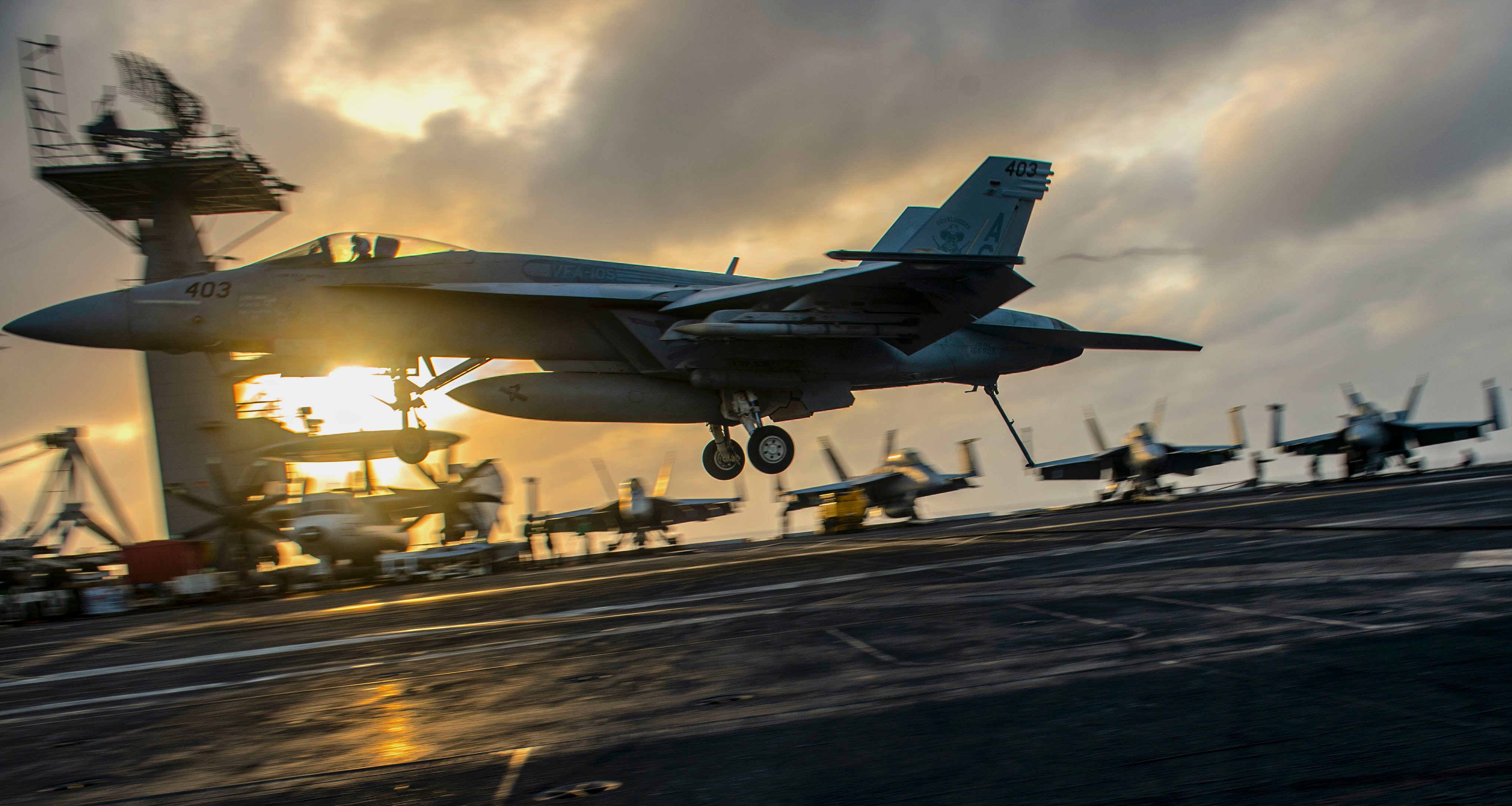 An F/A-18E Super Hornet attached to the ‘Gunslingers’ of Strike Fighter Squadron 105 prepares to land on the flight deck of the aircraft carrier USS Dwight D. Eisenhower (CVN-69) on July 15, 2020. US Navy Photo

The Navy and Air Force are working to determine the best way to approach and cooperate on their respective Next Generation Air Dominance efforts, according to the Navy’s chief acquisition official.

James Geurts told reporters today that while it’s premature to discuss the specific programmatic details of NGAD, the two services are looking at where they can team up on shared interests, but also prevent a scenario in which collaboration makes it difficult to pursue sixth-generation aircraft.

“There are certain areas . . . that will have unique requirements and needs and then there’ll be other areas where maybe [there are] some more common parts to it,” Geurts told reporters.
“But there’s good dialogue to find that sweet spot of collaboration, but not create such jointness that it becomes too complex to execute efficiently.”

The Navy in May quietly stood up an NGAD office, known as PMA-230, out of Naval Air Systems Command, USNI News reported last week. The service has already initiated outreach to industry about NGAD, an effort to replace the F/A-18E/F Super Hornet and electronic attack EA-18G Growlers in the 2030s, and tapped a program manager.

“Part of the stand-up of the program office is to help define those details and start building the more detailed acquisition strategies and plans and technical approaches as we in tandem work the requirements,” Geurts said.

Meanwhile, the Air Force is seeking its own family-of-systems for NGAD and sought over $1 billion in research and development funding for the initiative in its Fiscal Year 2021 budget request.

“Next Generation Air Dominance (NGAD) is a family of capabilities enabling Air Superiority for the Joint Force in the most challenging operational environments. The program matures technology and reduces risk through prototyping activities and demonstration efforts,” the Air Force’s budget documents read. “Key NGAD attributes include enhancements in survivability, lethality, and persistence across a range of military operations.”

Asked if the Navy would pursue a carrier or land-based drone like the Australian Air Force’s Loyal Wingman, Geurts said all options are on the table.

“We’re open to looking at all concepts going forward that would allow us to gain a competitive advantage, so that may or may not include something like a Loyal Wingman kind of concept,” he said.

Boeing is building prototypes of Loyal Wingman, an unmanned aircraft meant to supplement other aviation platforms, for the Australian Air Force. The U.S. Air Force has embarked on a similar effort through its Skyborg program.