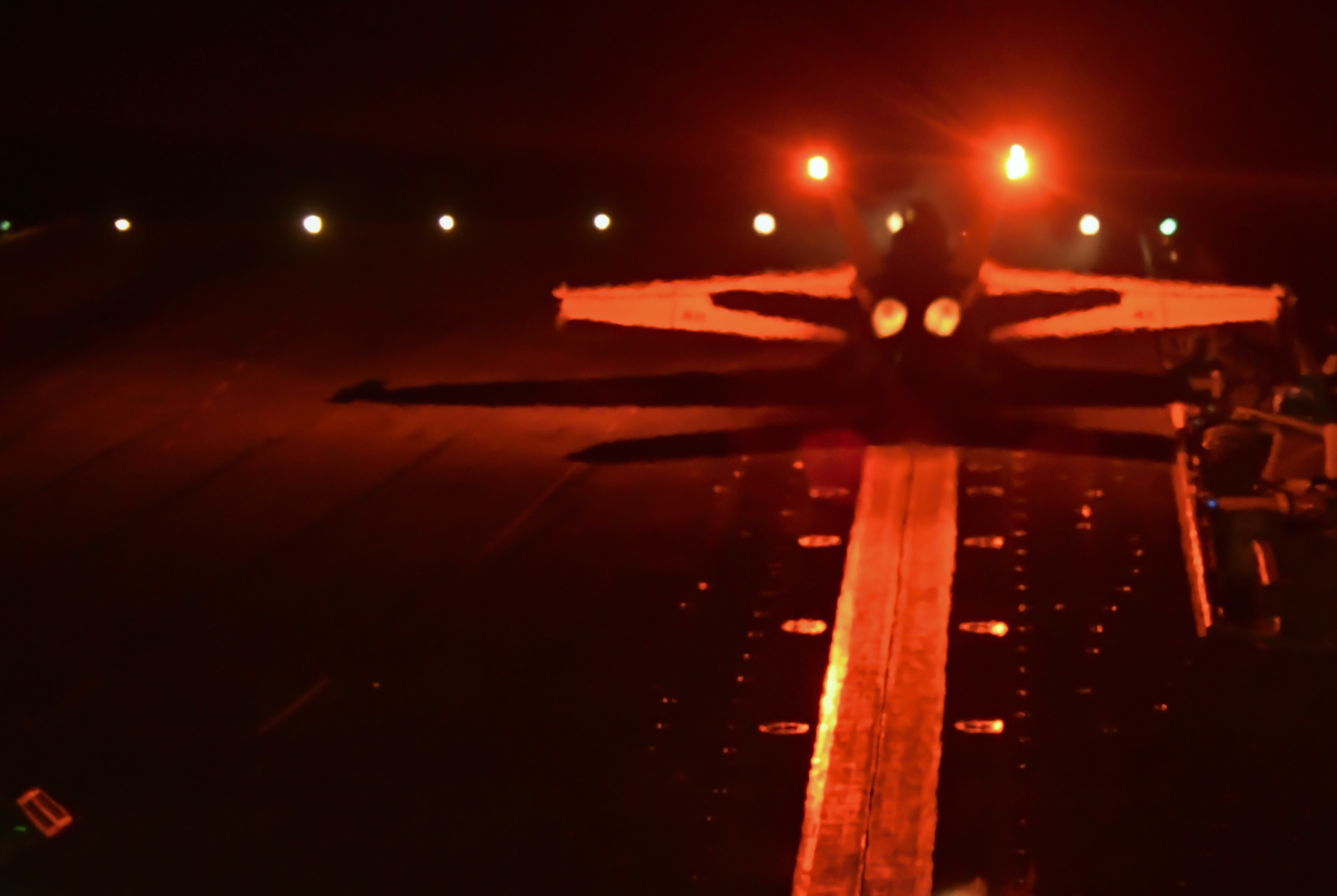 After nearly a decade of fits and starts, the Navy has quietly initiated work to develop its first new carrier-based fighter in almost 20 years, standing up a new program office and holding early discussions with industry, USNI News has learned.

The multi-billion-dollar effort to replace the F/A-18E/F Super Hornet and electronic attack EA-18G Growlers beginning in the 2030s is taking early steps to quickly develop a new manned fighter to extend the reach of the carrier air wing and bring new relevance to the Navy’s fleet of nuclear-powered aircraft carriers.

“We’re working to outline that program and the acquisition approach and all that as we speak,” Geurts said.

Naval Air Systems Command’s (NAVAIR) recent establishment of the NGAD program office comes as the Pentagon faces a constrained budget environment while trying to adjust to a new defense strategy focused on combatting Russian and Chinese threats in the Indo-Pacific theater. 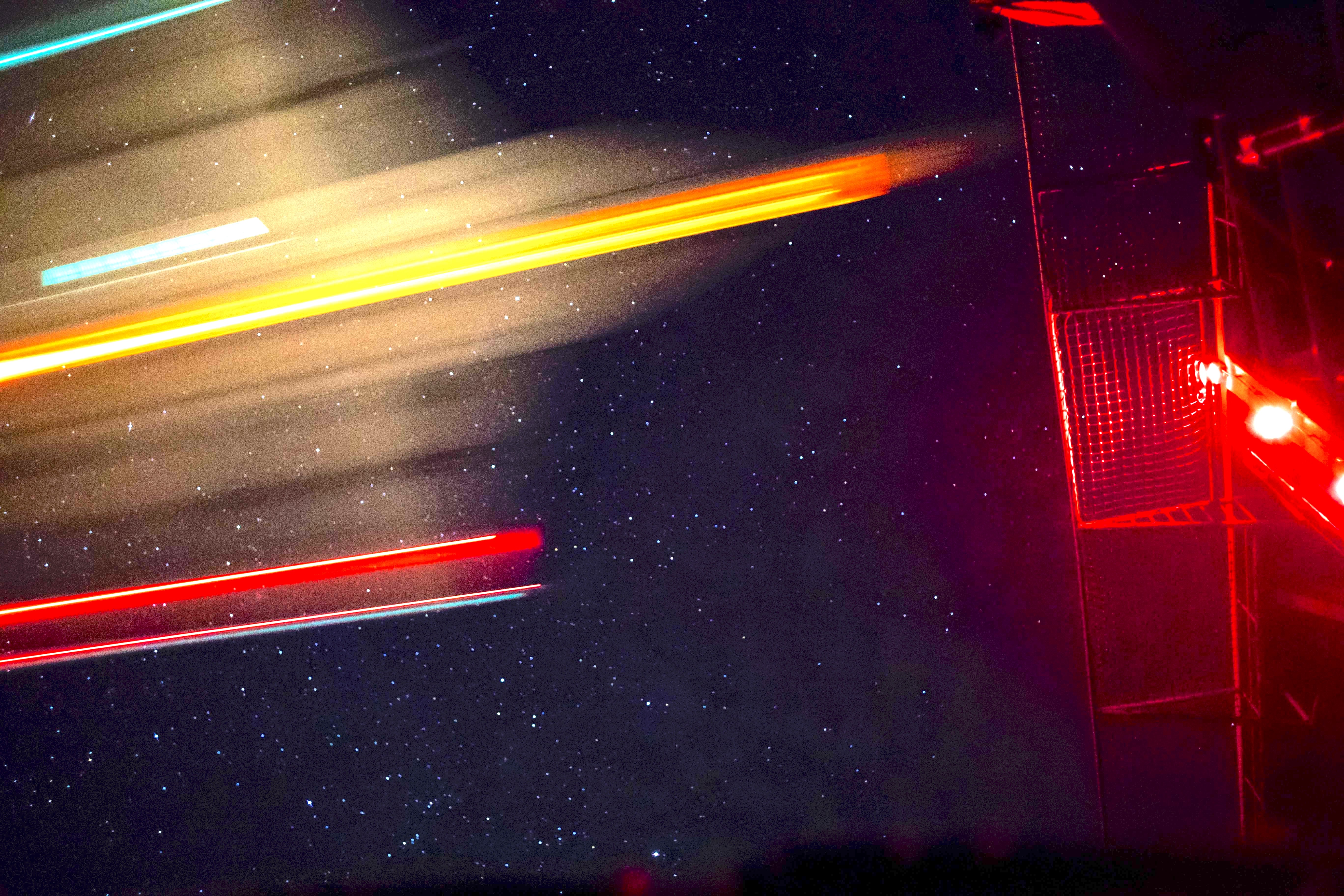 The service is likely moving toward the pursuit of a manned fighter aircraft that would include many of the capabilities on the F-35C Lighting II Joint Strike Fighter, but with updated technology and expanded range, Bryan Clark, a naval analyst and senior fellow with the Hudson Institute, told USNI News this week.

“The idea would be that you would take those same capabilities forward and have them be built into an architecture that’s designed around a 21st-century model. So you’d get more seamless fusion and integration of all these sensor inputs, and better ways of interacting with the pilot, and more incorporation of autonomous operations,” Clark said. “So even more so than with the F-35, you’d end up with an aircraft where the pilot is really operating a computer that is flying the airplane and operating its systems, more so than today.”

The Navy plans to seek a wholly new design, rather than a derivative design of aircraft already on the production line, for the sixth-generation fighter, despite the service receiving suggestions to combine Lockheed Martin’s F-35 and Boeing’s F/A-18 designs with modern technology for the future aircraft, Clark said.

“I think that’s not a great idea because it’s going to be inherently more costly than simply a derivative design in an environment where the Navy’s not going to have the kind of budget flexibility that it’s had in the recent past,” Clark said.

Compared to the F-35’s 700 nautical miles of combat radius, Clark said his “impression” is that the Navy hopes to build a new fighter with a radius of more than 1,000 nautical miles.

While the service’s objective for fielding the new fighter aircraft had been the 2030s, when the Super Hornets would begin to reach the end of their service lives, the Navy will try to speed up that timeline because the Super Hornets are likely to reach their maximum flight hours sooner than previously anticipated, according to Clark.

The combination of desires for program acceleration and a new design could be difficult for the Navy at a time when the Pentagon is preparing for flat or declining budgets.

“The Navy is trying to accelerate the timeline to get to NGAD so that they can begin fielding the new airplane to replace the Super Hornets, which, … when they want a new design that incorporates what’s probably going to have to be a new engine, they’re driving the technology risk higher. And at the same time they’re going to ask for an accelerated schedule that increases the schedule risk in an environment where they don’t have additional money to cover those,” Clark said.
“Normally, if you increase the level of technological sophistication or you want to accelerate the program, you pay more for it, right, so you just throw more money at the problem,” he continued. “They don’t have more money to throw at the problem, so you’re creating challenges in all three dimensions of a new program: cost, schedule and performance.”

Pentagon and Navy officials have repeatedly referenced impending budget constraints when discussing programs and spending over the last year. In addition to those concerns, the Navy in its Fiscal Year 2021 budget submission sought to curtail the Super Hornet program and make FY 2021 the last year the service would buy the aircraft, at the end of the current multi-year contract in place with manufacturer Boeing. At the time, the Navy said it would save $4.5 billion across its five-year budget plan and put the funds toward the NGAD effort.

“That estimate does not include the potentially substantial cost to field new jammer pods or upgrade existing ones that might be carried by a future electronic-attack aircraft,” the report reads. “For example, the Navy currently estimates that 128 Next Generation Jammer pods that it plans to buy for the EA-18G will cost about $4 billion.” 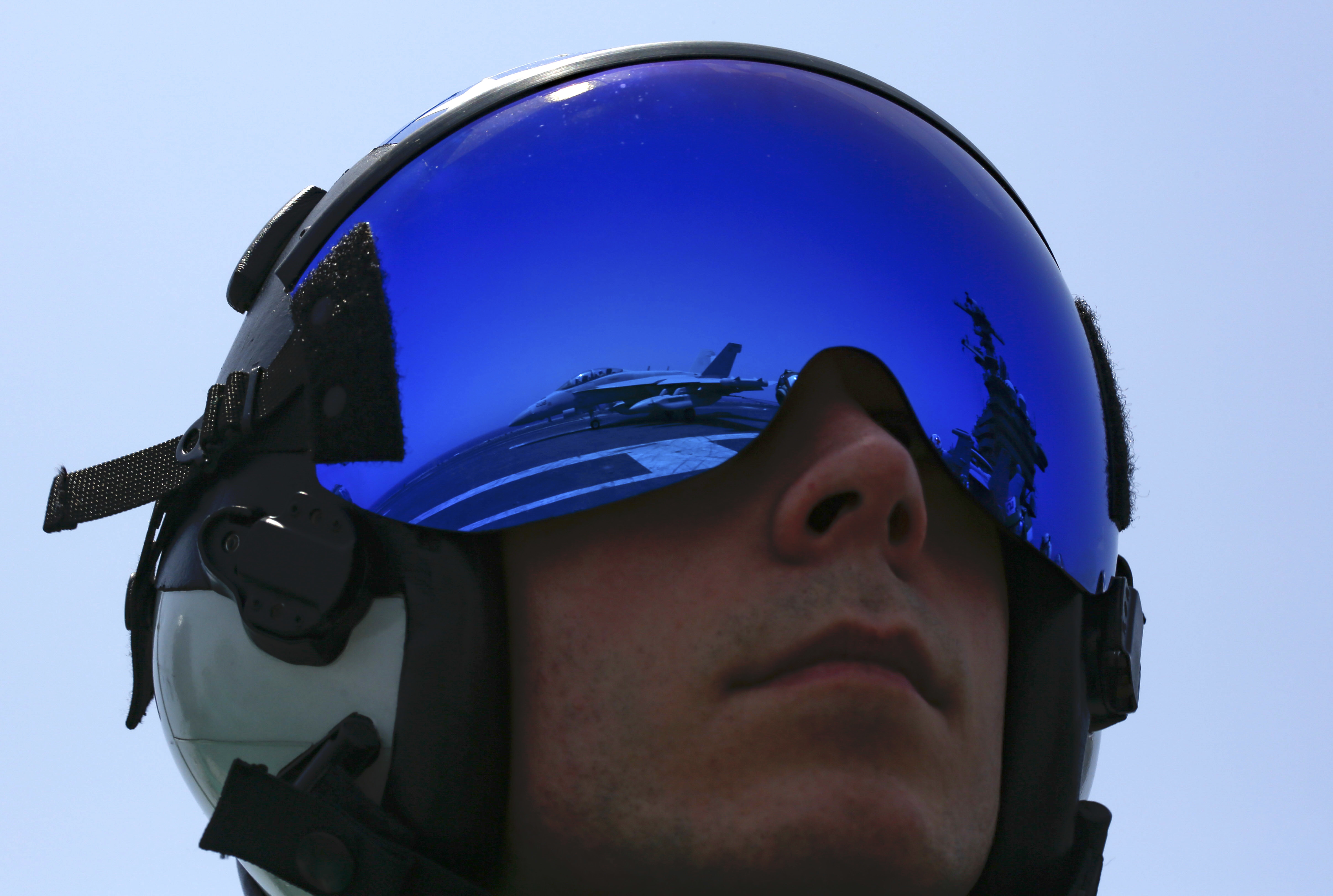 Lt. Rob Morris, from Annapolis, Md., observes a F/A-18F Super Hornet from the “Jolly Rogers” of Strike Fighter Squadron (VFA) 103 land on the flight deck of the Nimitz-class aircraft carrier USS Abraham Lincoln (CVN-72) on May 30, 2019. US Navy Photo

After the Navy wrapped up an analysis of alternatives for NGAD in July 2019, the defense secretary’s Cost Assessment and Program Evaluation (CAPE) office issued the AOA’s “sufficiency” in September 2019, Connie Hempel, a spokeswoman for NAVAIR, told USNI News.

To kick off the NGAD initiative, the Navy formally stood up the Next Generation Air Dominance program office, which the service is calling PMA-230, in May and tapped Capt. Al Mousseau to serve as the program manager. Mousseau officially started the job in May, after previously serving as the program manager for the Mission Integration and Special Programs Office, also known as PMA-298.

The Navy has already begun convening industry days for NGAD, according to a source familiar with the ongoing process. Boeing, Lockheed Martin and Northrop Grumman are the three likely competitors for the manned fighter, USNI News understands.

Asked when the Navy plans to issue a request for information, Hempel said the service is working on underlying documents that would inform future steps and timelines for the program.

The Navy has provided few details in recent years as to what the successor for the Super Hornets and Growlers may look like, but the service in 2016 began forecasting plans to seek a family-of-systems approach, now known as NGAD, instead of buying one fighter aircraft, an initiative known as F/A-XX.

The family of systems approach could see the Navy going down a path similar to the Air Force’s NGAD pursuits, according to Clark, in which the Navy buys a manned fighter and uses different unmanned systems to supplement the mission.

“They could say, ‘well maybe we back off on some of the requirements when it comes to weapons payload, and maybe stealth or something, but so we keep the speed. We keep the range. We keep the C4ISR sophistication, but we relieve some of the requirements in terms of how much it carries and maybe how penetrating it can be into any airspace,’” Clark said. “And we offload those to unmanned systems, so there’s this family of systems now that instead of having five F-35s go do some mission, you’d send two of these new airplanes with some unmanned systems to do the same mission.” 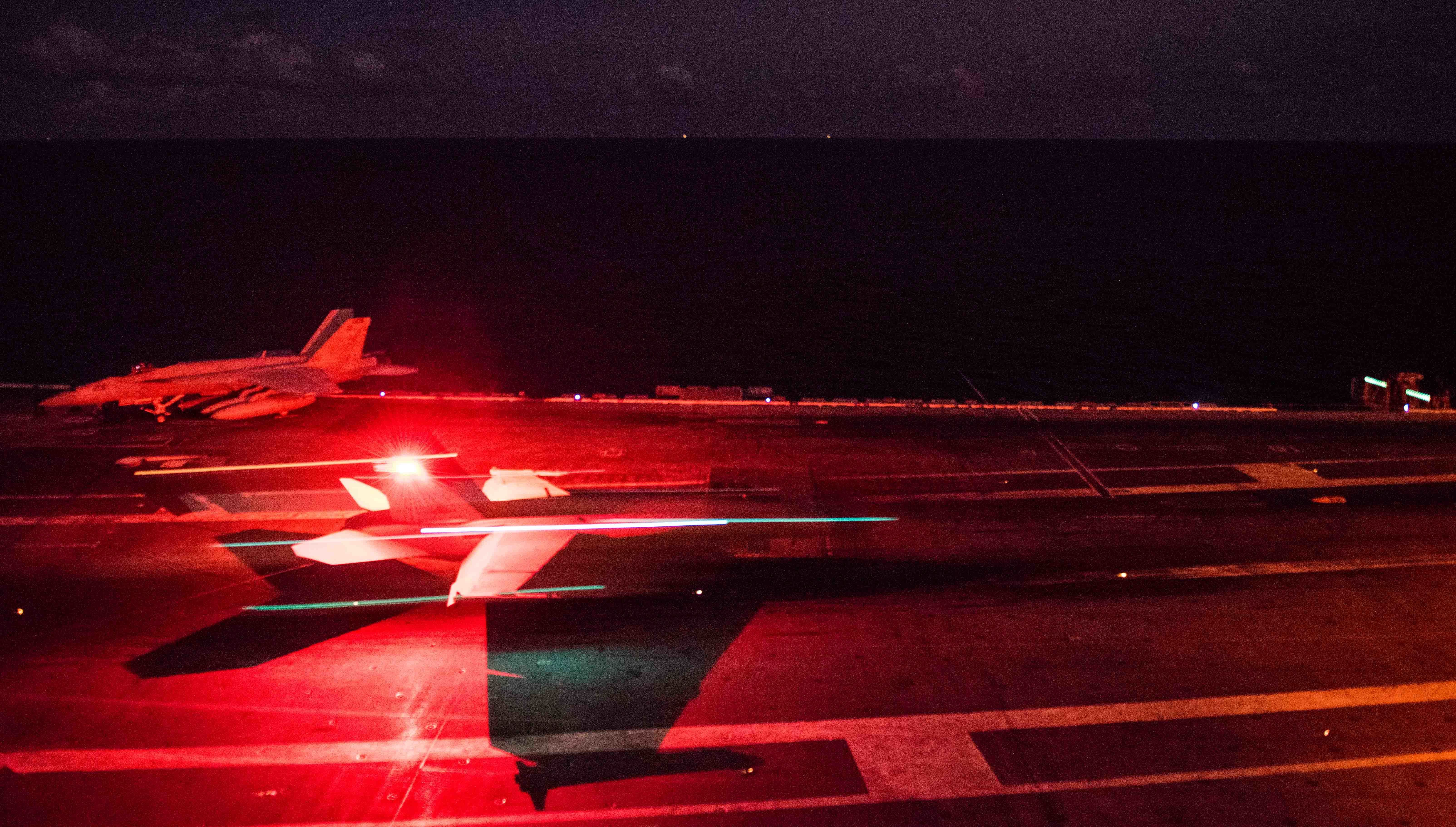 Because the new manned combatant would require stealth capabilities, speed, and range, carrying heavy equipment like missiles could fall to the unmanned platforms within the family of systems.

Chief of Naval Operations Adm. Michael Gilday said at a forum in Washington, D.C. late last year that the Navy’s future aviation combatant could include a combination of both manned and unmanned systems, but he conceded he did not yet know what kind of platform would be used to launch the aircraft, leaving open the possibility that they could operate off of something other than today’s nuclear-powered aircraft carriers.

Despite the Navy sketching out a plan for its new fighter aircraft, Clark argued the service still needs to contend with an adversary’s ability to use lower-cost long-range missiles to target aircraft carriers.

“The idea of just continuing to build new manned aircraft with longer ranges to try to overcome the ability of a China or an Iran even or a Russia to shoot long-range missiles at the carrier, it’s sort of a losing game because the missiles are cheap,” he said. “The airplanes are expensive. So you’re in a bad cost exchange situation.”

Combining the manned fighter with unmanned systems could help the service confront this issue.

“That may be a way to get around this cost exchange problem, where maybe the airplane doesn’t need to fly as far,” Clark said.
“You know, the airplane could go a thousand miles, and it doesn’t matter if the enemy has a two-thousand-mile anti-ship ballistic missile because your manned airplane is not going to fly that whole distance. He’s going to stop at a thousand miles and then these unmanned systems go the rest of the way.”