The first in a new class of Chinese amphibious warships began sea trials, according to photos released on Chinese social media platforms

The Chinese Navy first put the amphib in the water last year and launched another in April, according to a Congressional Research Service report.

A 2020 report from the Office of Naval Intelligence says the Chinese Navy is constructing three amphibious assault ships.

The CRS report, which detailed the capabilities of the Chinese Navy, said China could use the amphibious vessels for various actions ranging from noncombatant evacuation operations to protecting its stated claims in the South China Sea.

“Although larger amphibious ships such as the Type 071 and Type 075 would be of value for conducting amphibious landings in Taiwan-related conflict scenarios, some observers believe that China is building such ships as much for their value in conducting other operations, such as operations for asserting and defending China’s claims in the South and East China Seas, humanitarian assistance/disaster relief (HA/DR) operations, maritime security operations (such as antipiracy operations), and noncombatant evacuation operations (NEOs),” the report reads, referring to China’s Type 071 amphibious transport dock.

The sea trials for China’s new amphibious assault ship come as strains between Washington D.C. and Beijing have worsened in recent months amid the ongoing COVID-19 pandemic and the Trump administration’s increasingly vocal criticism of China. 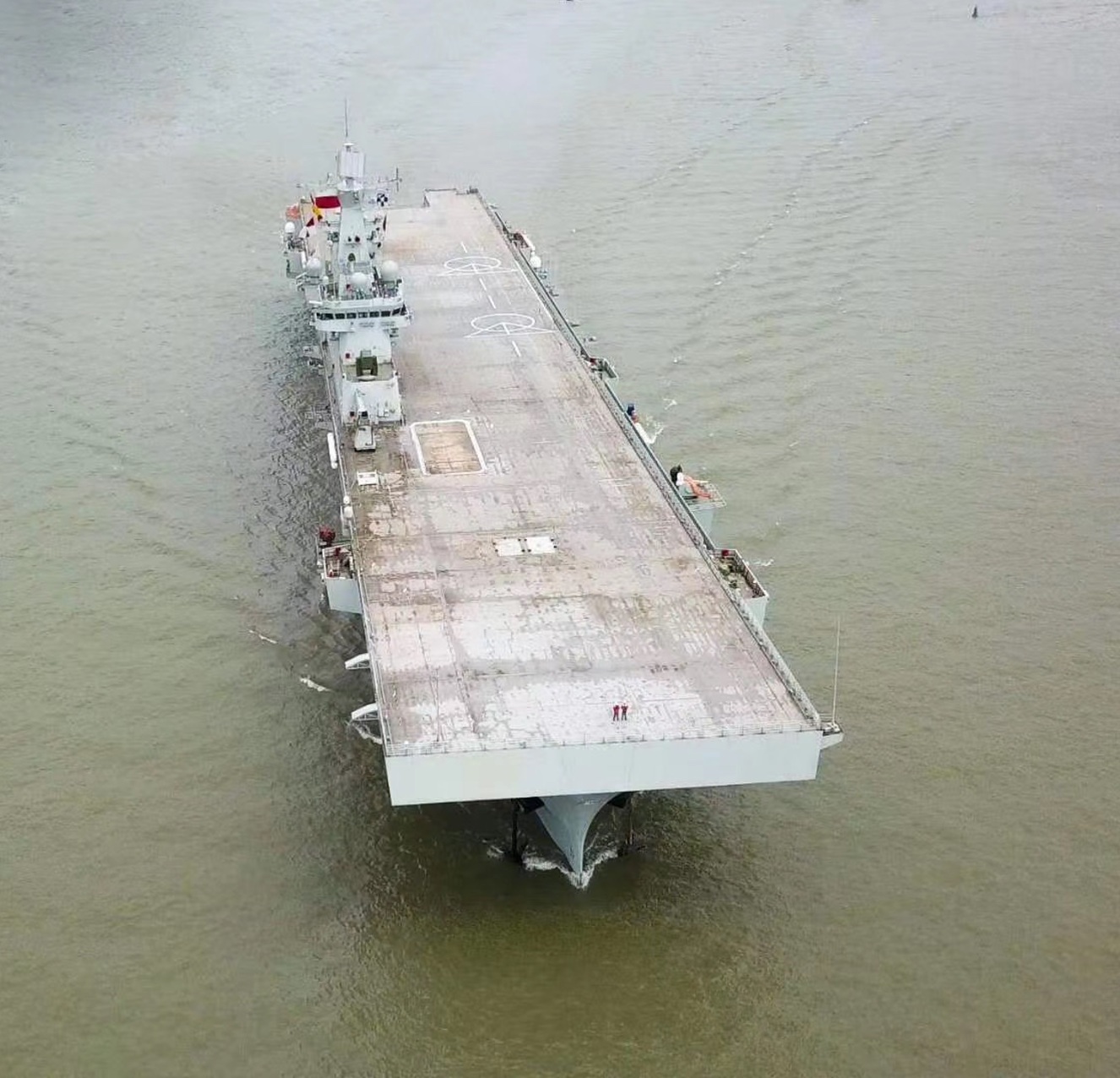 “The PLAN began development of the Type 075 in 2011 as a helicopter carrier that would displace about 35,000 tons — smaller than the U.S. 45,000-ton Wasp and America-class big decks,” USNI News reported last week.