The People’s Liberation Army Navy (PLAN or Chinese Navy), the customer of the vessel, said in a statement that after a brief ceremony starting at 9:20 am at a CSSC’s Hudong-Zhonghua shipyard, waters began to be pumped into a dry dock in which the ship’s hull was built.

Participants at the ceremony – officials from the central and Shanghai governments, officers from the Central Military Commission’s Equipment Development Department and the PLA Navy, executives of the State-owned conglomerate China State Shipbuilding Corp as well as the vessel’s designers and construction workers – applauded as they watched the launch process, the statement said, without providing more details about the event.

According to the PLAN, the new class of ship was domestically developed and constructed. It will have a strong capability to carry out amphibious combat and other tasks.

The Chinese navy added that in the next phase, engineers will start outfitting and fine-tuning the vessel’s equipment and then conduct mooring tests and sea trials.

The Chinese Navy officially started in 2011 development work on the Type 075, a helicopter carrier project displacing more than 30,000 tonnes. Its aim is likely to increase the “vertical” amphibious assault capability with the very mountainous East Coast of Taiwan in mind.

While the Type 075 appears to slightly smaller than the U.S. Navy’s LHA, it is larger compared to French or Spanish/Australian LHD equivalents. It is actually pretty close in size to Italy’s future Trieste LHD.

The first Type 075 was constructed in record time (this has become the norm nowadays, for Chinese shipbuilding: extremely fast construction pace that no one can match). A second vessel of the class is already under construction while a larger version is rumored to be planned.

When fully operational, the new Type 075 LHD will bolster the PLAN’s amphibious capabilities, which today rely on the Type 071 LPD design. 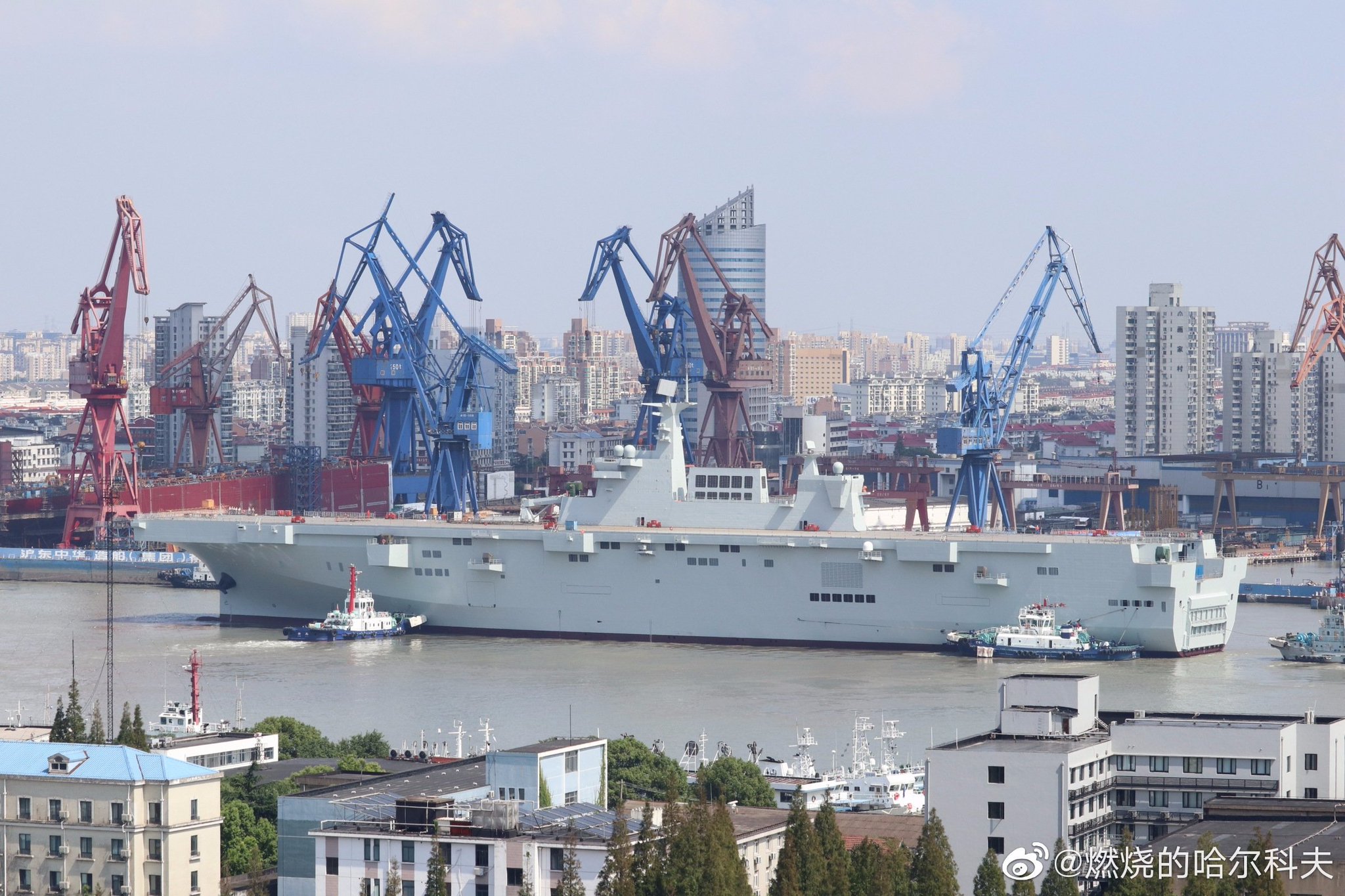