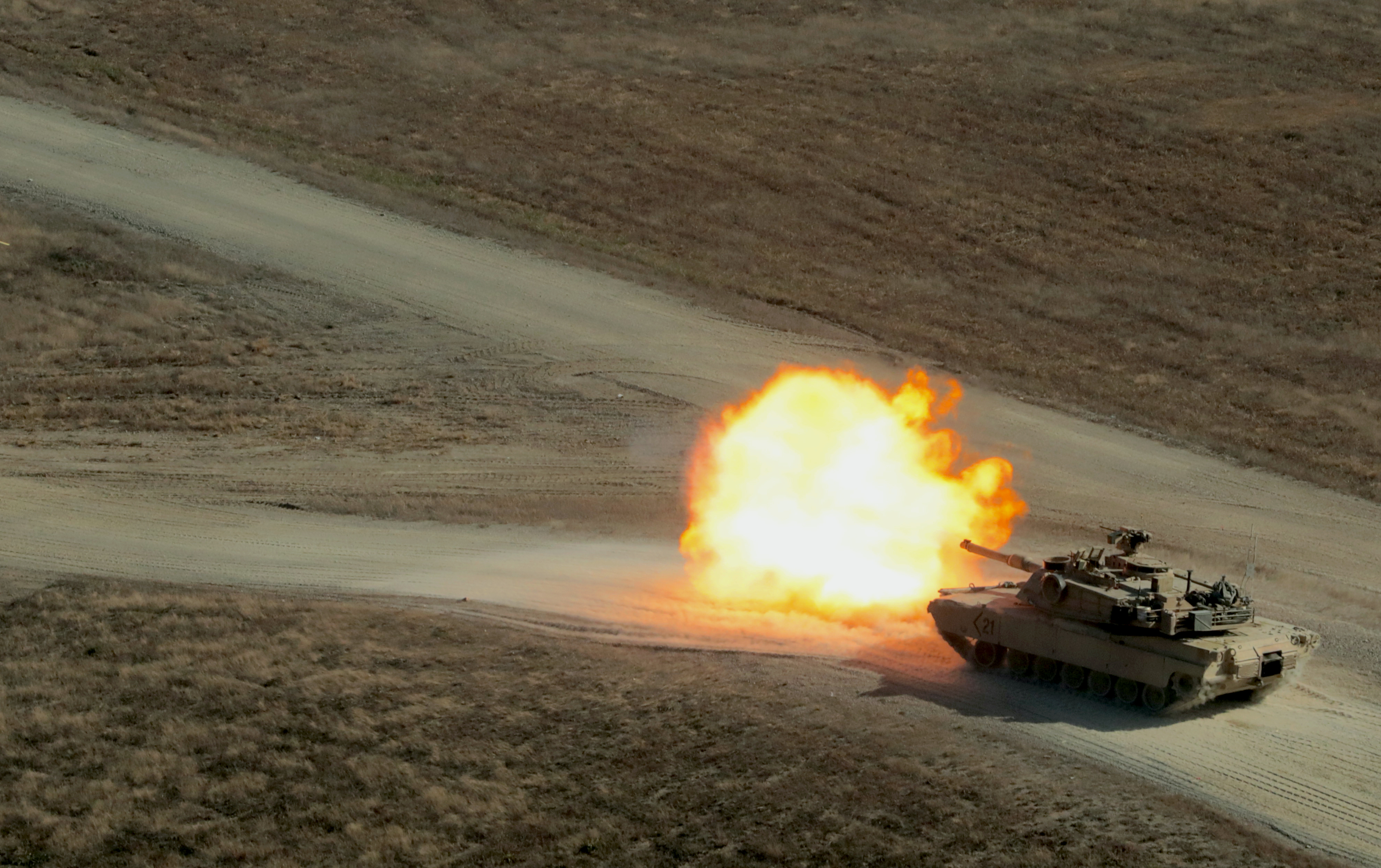 The Army is developing long-range hypersonic and intermediate-range anti-ship weapons as key components of its emerging strategy in the Western Pacific, the service’s top officer said last week.

These changes include establishing joint all-domain task forces, the Army’s largest transformation in 40 years, Gen. James McConville said Friday at an online forum sponsored by the Center for Strategic and International Studies.

The transformation “is not just new equipment” like long-range precision weapons and achieving long-range effects, but ensuring the Army’s warfighting doctrine “is synchronized” from air, land and sea to cyber, space and information operations with the other services and allies.

McConville said those types of fundamental changes require a new Army organization structure, like the Army’s Futures Command, and the standing up of the security assistance brigades to work with allies and partners. Inside the Army, he noted the transformation also includes overhauling the personnel management system, so “we’ll get the people we need.”

All these changes “will allow us to have overmatch” against potential adversaries, like China and Russia, McConville said, describing long-range precision fires as his top priority. He added anti-ship missiles and tactical long-range artillery to his top equipment list for the future, as all are important in Indo-Pacific operations.

“We’re experimenting now to tie all our sensors and shooters together,” he said.

The Army and the other services were given a green light to begin these experiments with longer-range missiles after the United States withdrew from the Intermediate-Range Nuclear Forces (INF) Treaty with Russia. Washington accused Moscow of repeatedly violating the treaty by deploying cruise and ballistic missiles with that range near its borders with NATO countries.

Those evaluations will be important in determining how the new joint all-domain task forces will operate. “We want to have capabilities,” McConville said. 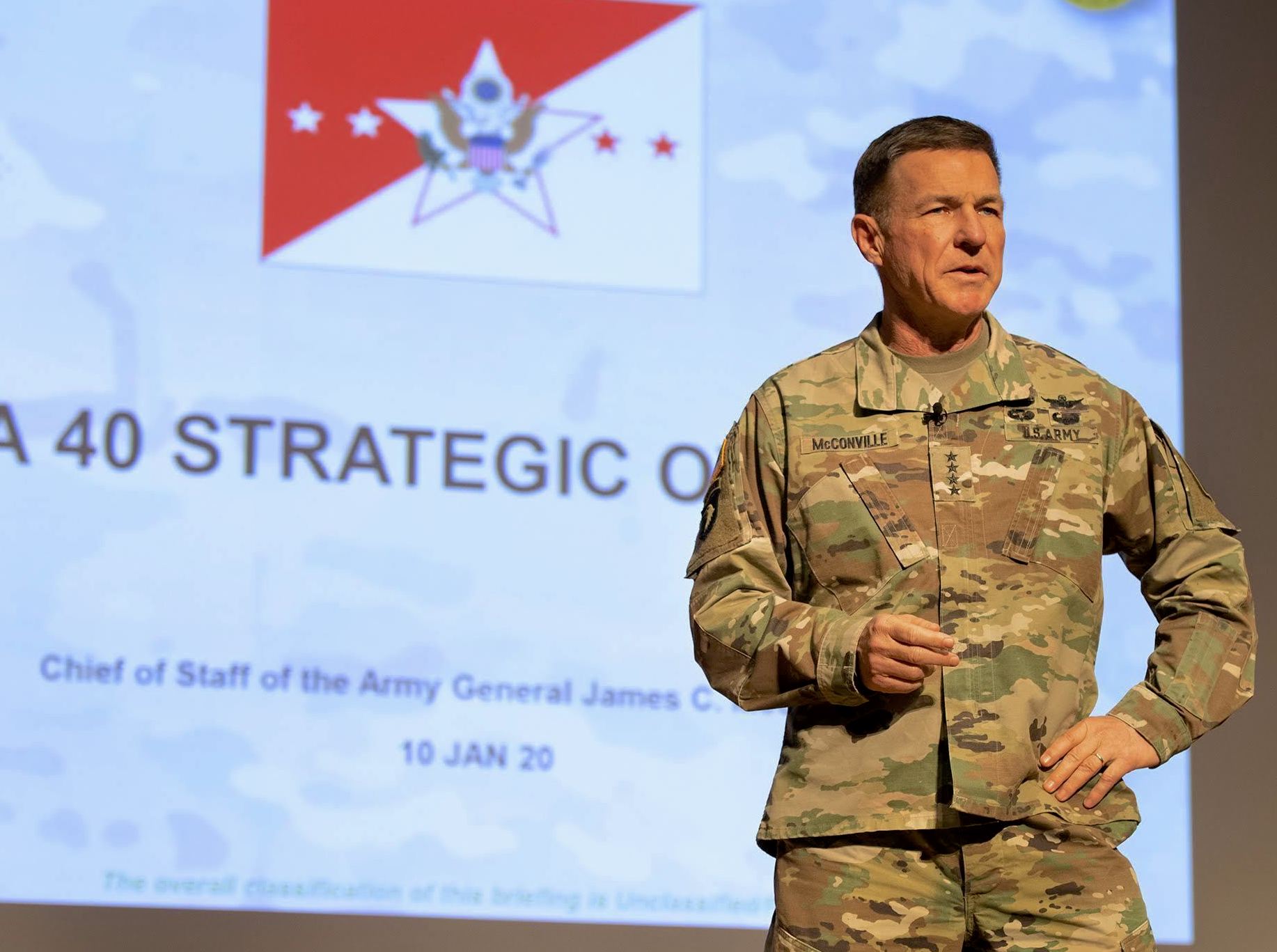 Related to that is the Army “emphasizing information-operation logistics,” particularly in ship-to-shore operations. McConville said, “the lighter [meaning no heavy armored vehicles] you go the less you have to do logistics,” but combat power is lacking. He said the Army is experimenting now with artificial intelligence systems being installed on weapon systems, in addition to additive manufacturing to reduce the need to carry vast amounts of spare parts to the fight. Likewise, the service is looking at improving fuel efficiency on its fleets of vehicles through hybrid technology.

McConville said the Army was conducting a posture review in light of the recent Pentagon announcement that up to 12,000 American service members would be leaving installations in Germany. He did not directly answer if this meant more soldiers rotating to and permanently station in the Indo-Pacific.

For now that means keeping enough land forces in place to exercise with allies like Japan, South Korea, Australia, New Zealand, the Philippines and Thailand. Army forces in the Indo-Pacific are largely garrisoned in South Korea and Hawaii.

He did say it was “very important” to continue to meet those allies’ and other partners’ requests for training advisers to meet their specific needs. Most of the advising teams rotate from the United States.

Looking toward stability and security in the Indo-Pacific in the near future, McConville said, “great power competition does not mean great power conflict,” but the United States’ allies and partners “want a free and open Indo-Pacific … so all can prosper.”