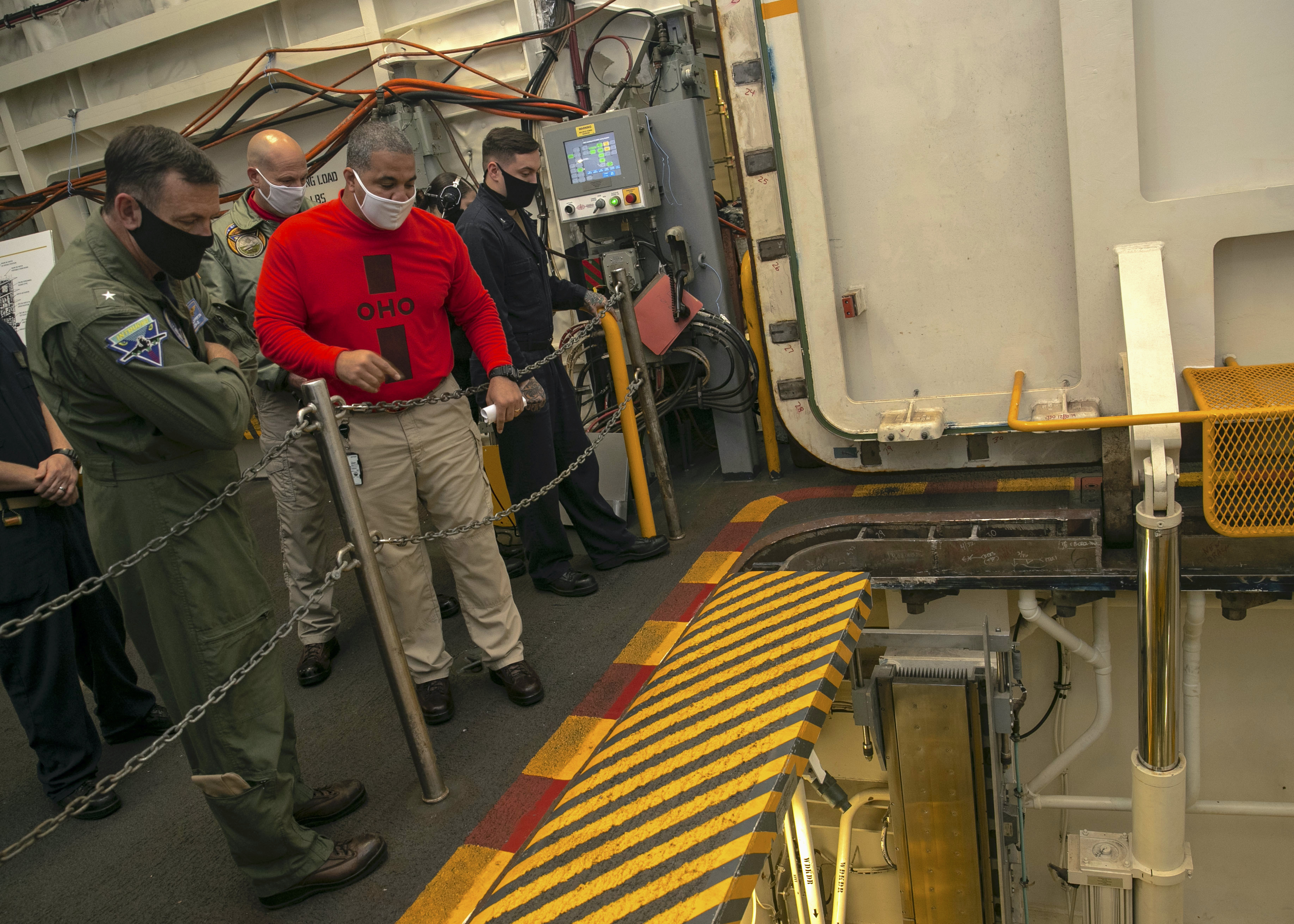 The service today announced the verification of lower stage weapons elevator (LSWE) one, which is the sixth of eleven Advanced Weapons Elevators the Navy has verified aboard the carrier and the second lower stage elevator it has completed.

“LSWE 5 has given us the capacity to move ordnance from the aft magazine complex deep in the ship through the carrier to the flight deck with a speed and agility that has never been seen before on any warship. LSWE 1 doubles down on that capability and ramps up the velocity of flight deck operations,” Rear Adm. James Downey, the program executive officer for carriers, said in a statement.
“LSWEs 1 and 5 will now operate in tandem, providing a dramatic capability improvement as we proceed toward full combat system certification aboard Ford,” Downey added.

The service said the crew aboard Ford plans to use the elevator when the carrier is next underway.

In April, the Navy announced the certification of lower stage elevator five, the first of the lower elevators to attain its verification. The lower elevators allow the crew to reach munitions inside the ship and are a crucial part of improving the carrier’s sortie-generation rate.

Difficulty with the elevators has contributed to delays for the lead ship in the Ford-class. Testifying to the House Armed Services seapower and projection forces subcommittee last year, Navy acquisition chief James Geurts cited the elevators as a factor in the service’s need to push the conclusion of Ford’s post-shakedown availability from July to October 2019.

Ford is in the midst of its post-delivery test and trials period, a phase when the carrier splits its time between the pier and at sea so the crew can test combat systems and conduct flight operations.

The carrier is slated to have all 11 elevators operating and certified by the time the PDT&T period concludes in May 2021, just before Ford enters full ship shock trials.