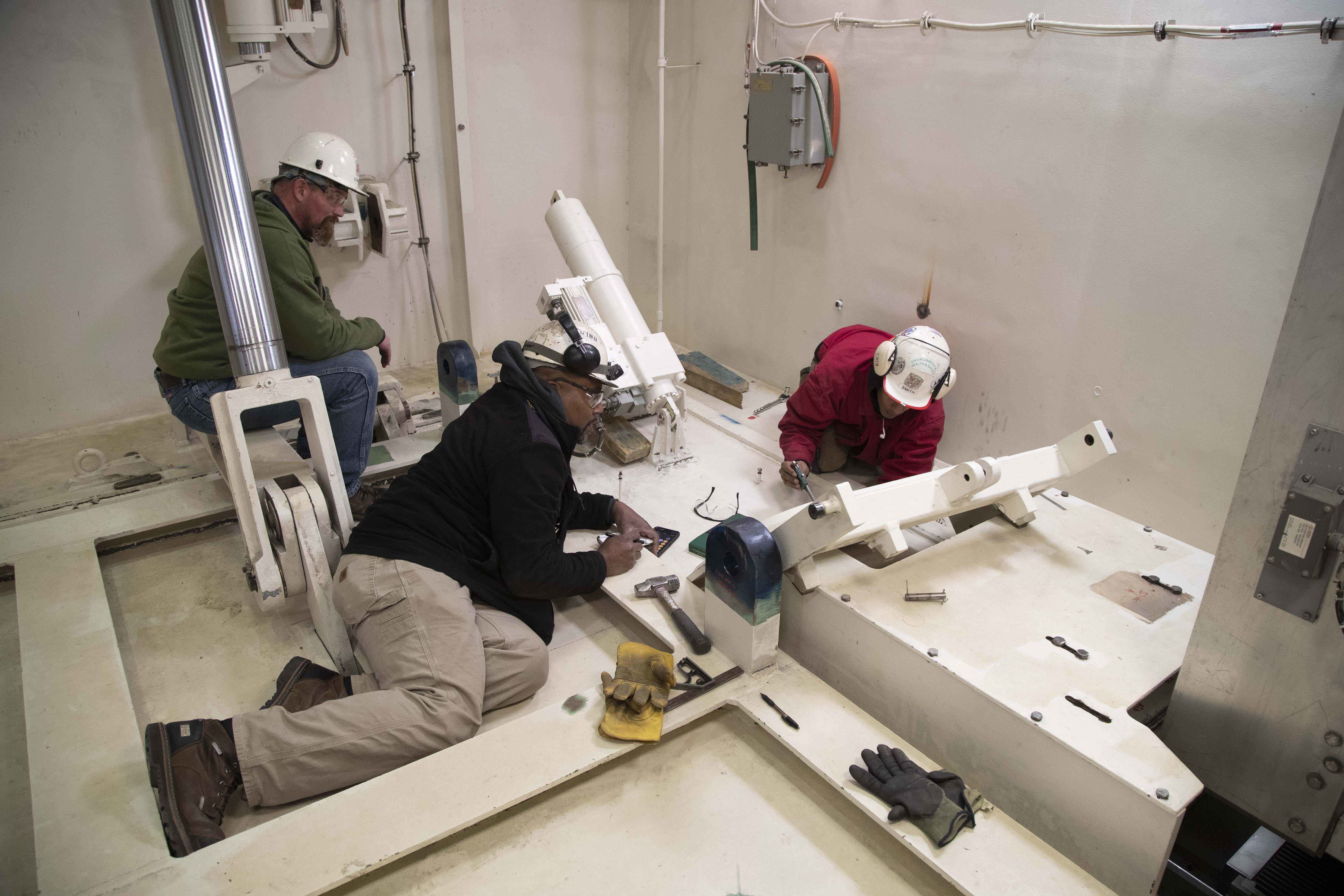 The Navy and Newport News Shipbuilding have finished building and testing the first lower elevator on aircraft carrier USS Gerald R. Ford (CVN-78) and will soon announce it’s been certified and turned over to the crew.

This is the fifth overall Advanced Weapons Elevator on the ship and the first that goes all the way from the flight deck to the magazines deep in the ship.

James Geurts, the Navy’s acquisition chief, said his priority is to get one forward and one aft lower elevator certified and turned to the crew as soon as possible, with the remaining five elevators planned to be done ahead of the carrier’s full ship shock trials next summer.

“My main focus is getting these first two lower elevators turned over because that will allow full access from the magazine all the way to the flight deck – and why that’s important is then the ship can train and start exercising the full cycle of cyclic operations,” he said during a media call today.
“Follow-on elevators just add capacity. And so one gives them the capability to access, and then the second is add redundancy and capacity. And so we’re focused on giving them access first to the forward and aft magazines, that allows them to do cyclic ops and all the kinds of things you’d expect an air wing to do on a carrier in the way they’d perform it operationally, and then we will add additional redundancy and capacity with the follow-on elevators.”

Geurts said during the call that Ford recently returned from a 32-day at-sea period, conducting 1,352 catapult launches and arrested landings – with crews from Newport News Shipbuilding working on the elevator construction all the while. Overall, Ford has been at sea about 50 percent of the time recently, and the crews have found creative ways to stay on or ahead of schedule with the remaining elevators.

The Navy acknowledged challenges with the elevators in early 2019, telling lawmakers that the elevators would be part of the reason the first-in-class carrier wouldn’t leave its post-shakedown availability (PSA) on time. Though all 11 elevators were supposed to be done before leaving PSA, the Navy has since stepped away from that benchmark, and Geurts is simply looking for them to all be ready ahead of next summer’s shock trials, where the aircraft carrier and all its working systems will have to stand up to a live explosive charge in the water.

After initial challenges, Geurts said today that “what the shipbuilder has done is create essentially an elevator trade. They have a separate kind of schoolhouse, and so we’re essentially using Ford to build the teams that will then continue and flow all the way through all the follow-ons, 79 through 81.”

Some work is taking place on the elevators for the future John F. Kennedy, Enterprise and Doris Miller, but most of the effort is focused on finishing up Ford ahead of shock trials as well as nailing down the best ways to build each elevator – with each of the 11 being somewhat unique from the others, which is part of what created the challenge on the carrier.