The head of naval forces in the Middle East said Chinese actions in the region don’t pose a threat today but could lead to challenges down the road, with China laying the groundwork to gain economic and military leverage over countries in the Horn of Africa and the Arabian Peninsula.

Vice Adm. James Malloy, who has led U.S. 5th Fleet and U.S. Naval Forces Central Command since December 2018, said China has had a small naval force in the Middle East for a decade now – both contributing to international anti-piracy patrols as well as building up a military complex in Djibouti. More recently, China has begun investing in ports and other facilities as part of its Belt and Road initiative, which in many cases has left poor countries economically beholden to China when they can’t pay back loans used for critical infrastructure improvements.

Speaking at a Middle East Institute event online on July 22, Malloy said China wasn’t doing anything militarily in the Middle East that concerned him yet, but he said that the foundation was being laid for China to gain influence in the region and to eventually disrupt the rules-based order meant to keep peace and safe flow of commerce in the busy waterways there. 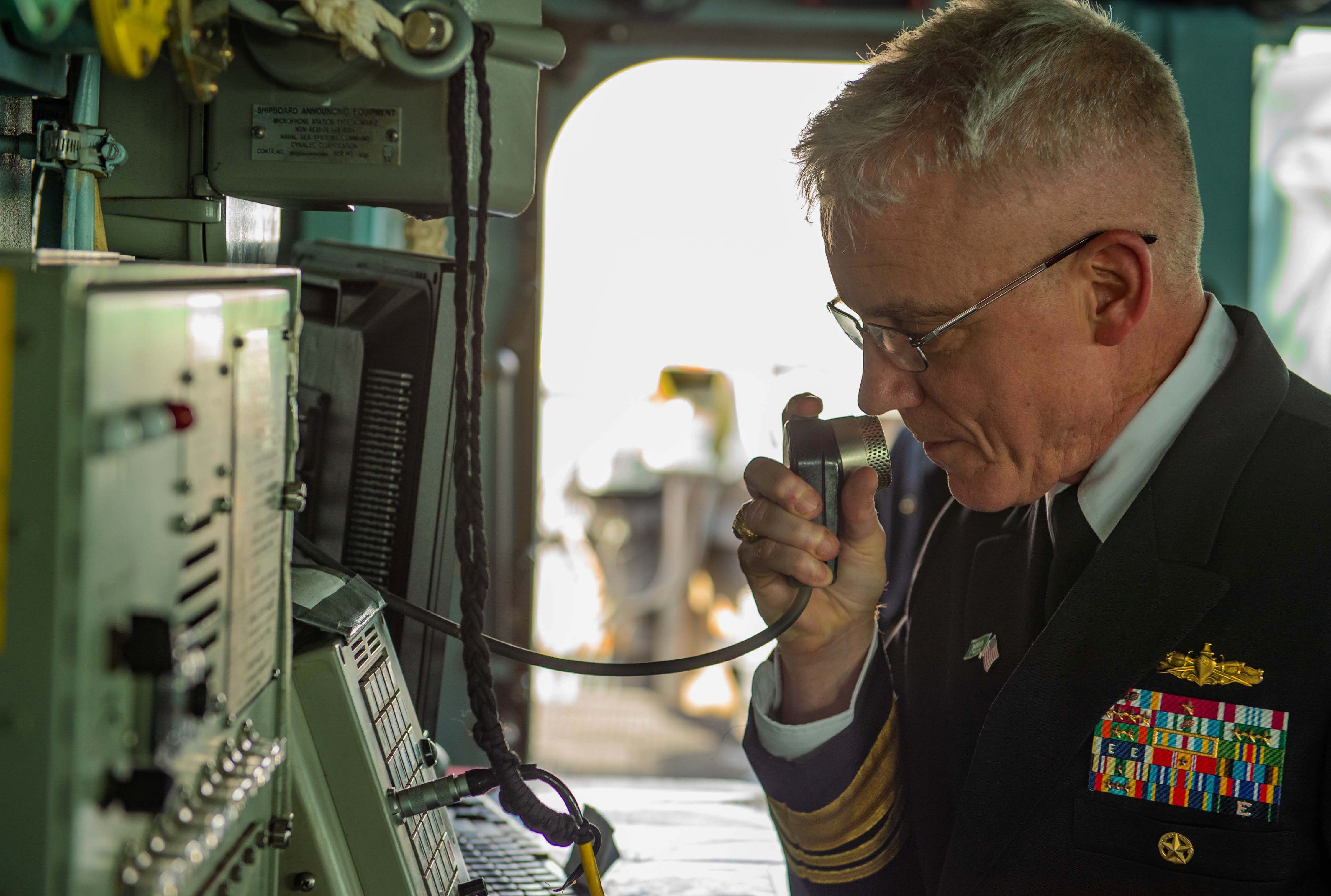 Vice Adm. Jim Malloy, commander of U.S. 5th Fleet, speaks to the crew of the guided-missile destroyer USS Farragut (DDG-99) over the ship’s broadcasting system during Farragut’s port visit to the Kingdom of Saudi Arabia on Feb. 16, 2020. US Navy Photo

“What concerns me in this region is not the combat capability in the near term. But what concerns me is all levers of national power that come to play. And when I take a look at this region, I only have to look east to be able to see what the future might look like, in the South China Sea – and I see economic coercion, I see military coercion, depending on what lever works, to be able to bend the reality or the facts on the ground to a different rule-based reality,” Malloy said.
“And so you pick your country out there in some sort of disagreement with China, and you see how the levers are being applied. And then you move into this region and you say, 15 years from now, you’ve got investment in East Africa, you have some contracts for building of some port facilities, and then you’ve got a military complex working out in the Horn of Africa. What does this look like when now, after all of this, the weapons-exporting in this area, what does this look like when there’s a desire to change the facts on the ground from the international rules-based order that you mentioned that has been a good thing for the entire globe, but to bend it now to a different rule base – and the people that might disagree with that, now there are levers to be applied across the DIME (Diplomatic, Information, Military and Economic), if you will, across each one of these countries that is now beholden in some way or the ability to be coerced on some way by that country (China) now moving into this region. We see signs of that: China is already on the record saying that they want to end the weapons embargo on Iran. …. That concerns me as a global partner, not just looking at my military challenges of the day – I’m not challenged by China in this region today, I am not – but what does this look like 10 years from now?”

More immediately, Malloy said he is focused on “nefarious activities” from Iran in two categories: utilizing the maritime environment for these activities, such as weapons trafficking; and taking actions in the maritime to intimidate regional actors and merchant traffic, such as seizing tankers and putting mines in the water.

“I cannot sit idly and watch this creeping coercive activity at sea without setting a defensive posture that can respond to it, and making sure that everybody understands that my first mission is to be able to respond to those types of threats – deter them if I can – but if I cannot deter them, to respond very forcefully to them,” the vice admiral said.
“I don’t worry about capability, because I know what capability we bring to bear, and it is substantial. It is a defensive shield and it is an offensive weapon behind that defensive shield, that there is no doubt in anyone’s mind how that would end.”

Malloy drew a strong contrast between Iran’s activities and U.S. and coalition activities in the region over the last year or so: Iran conducted a mine attack on four ships at anchor in a harbor, attacked two ships sailing in the Gulf of Oman, shot down a U.S. drone flying in international air space, attempted to seize one tanker in the Persian Gulf and then successfully seized another shortly afterwards, and illegally shipped weapons to Yemen. On the other hand, the U.S. and its partners stood up Operation Sentinel to act as eyes and ears in the maritime domain and help keep merchant traffic safe, and held a massive International Maritime Exercise in the fall to rehearse defensive warfighting skills. 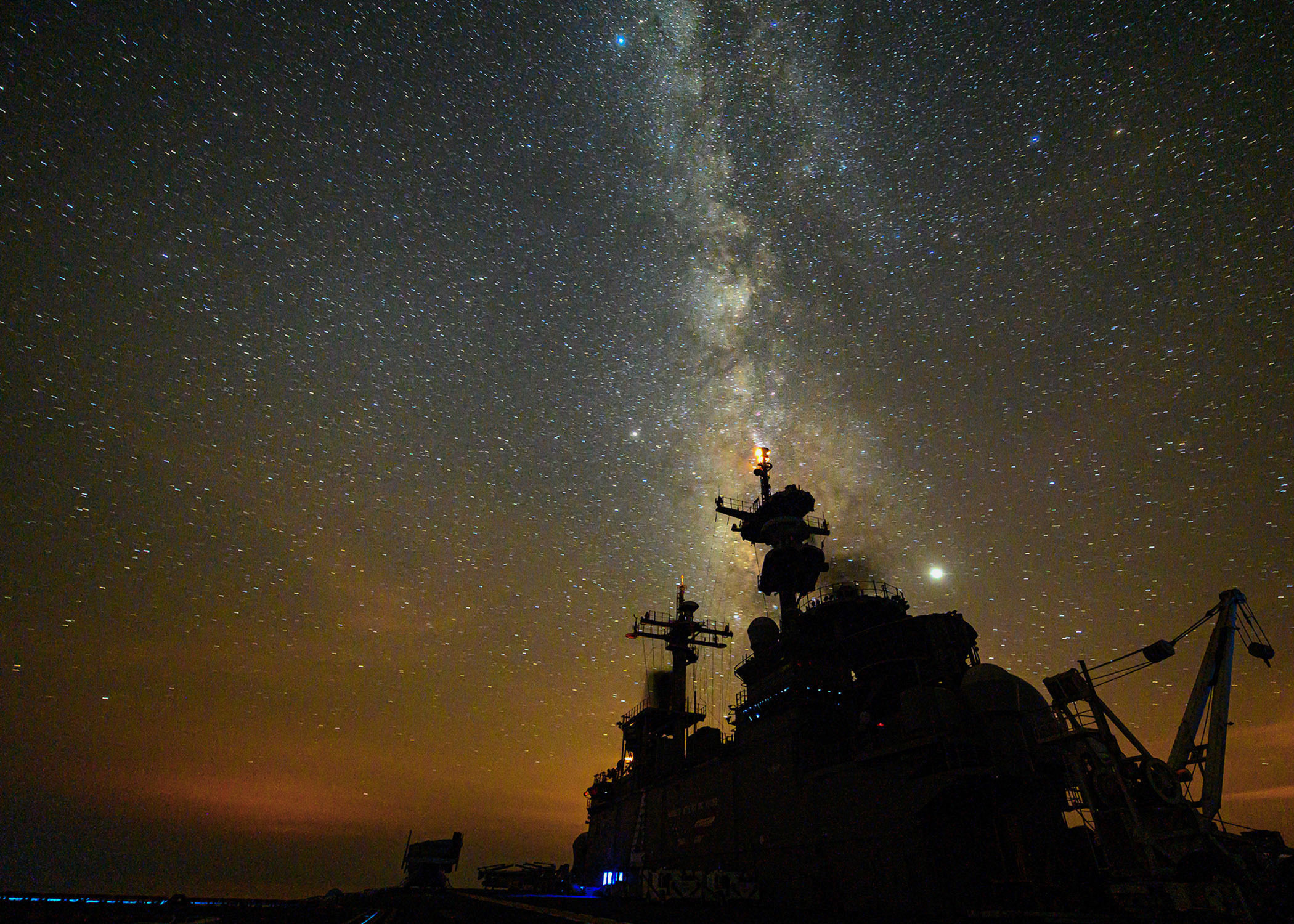 On Operation Sentinel, Malloy said there are now eight partners helping patrol the waters from the surface and from the air, and share information with other militaries and with merchant traffic.

The coalition “is threat-based but it does not threaten. It provides a deterrence because there is a large body of evidence that says this activity, this state-sponsored activity, is driven by a desire to be clandestine, to obfuscate, to deny. If you watch the rhetoric that came out after the clearly mining activity that happened from Jask and from Chabahar (in Iran) to Fujairah (in the United Arab Emirates) and into the Gulf of Oman: we didn’t do it, nobody saw it, that type of thing. … It is clear that one of the things that deters this type of activity is the ability to document, to be able to report this activity at sea. And so one of the lines of effort for us is the deterrent value that providing our sentries and our sentinels at sea, coordinated with each other, providing that surveillance capability, has acted as a deterrent to that activity since Sentinel has stood up.”

Malloy noted that if Iran wasn’t doing anything illegal then it wouldn’t have any issue with the work Sentinel was conducting.

“If you look at the mission that unites us, whether it be [the standing Combined Maritime Forces unit] or whether it be [the International Maritime Security Construct stood up last year], it’s not anti-this, anti-that, anti-anything. It is promoting maritime security, promoting the free flow of commerce, assuring the merchant fleets that we are out here patrolling and protecting that legitimate flow. There’s nothing anti about that. It’s not anti-Iran, it’s not anti- any country, because any country that promotes that shouldn’t have anything to worry about, with that positive vision for the region. And it is a common denominator that all of us can get onboard with.” 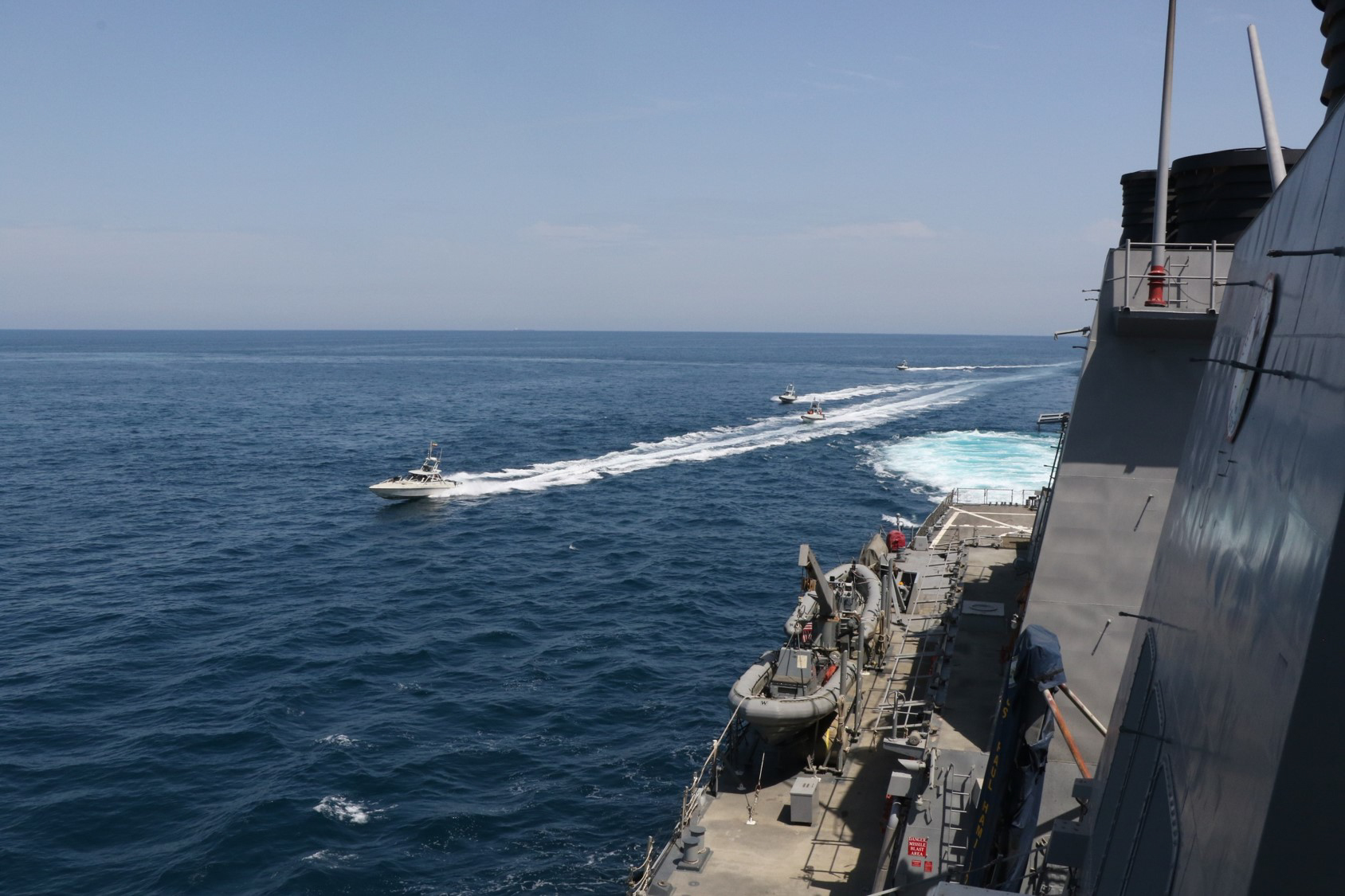 In addition to the formal CMF and IMSC organizations, Malloy said dialogue is constant between like-minded partners in the area. Last summer, Malloy hosted a maritime security conference in Bahrain, where 5th Fleet is headquartered, with more than 30 heads of navy from regional partners to talk about maintaining maritime security. Just last week, he said, they held a similar meeting virtually to continue the ongoing effort to keep peace and security in the Middle Eastern waters.

The meeting, Malloy said, “brought together many nations in common themes that all can agree to to balance out this nefarious one-off acting that we see on the other side. So speaking with the rule of law, speaking with the international community and a common joining element that way.”