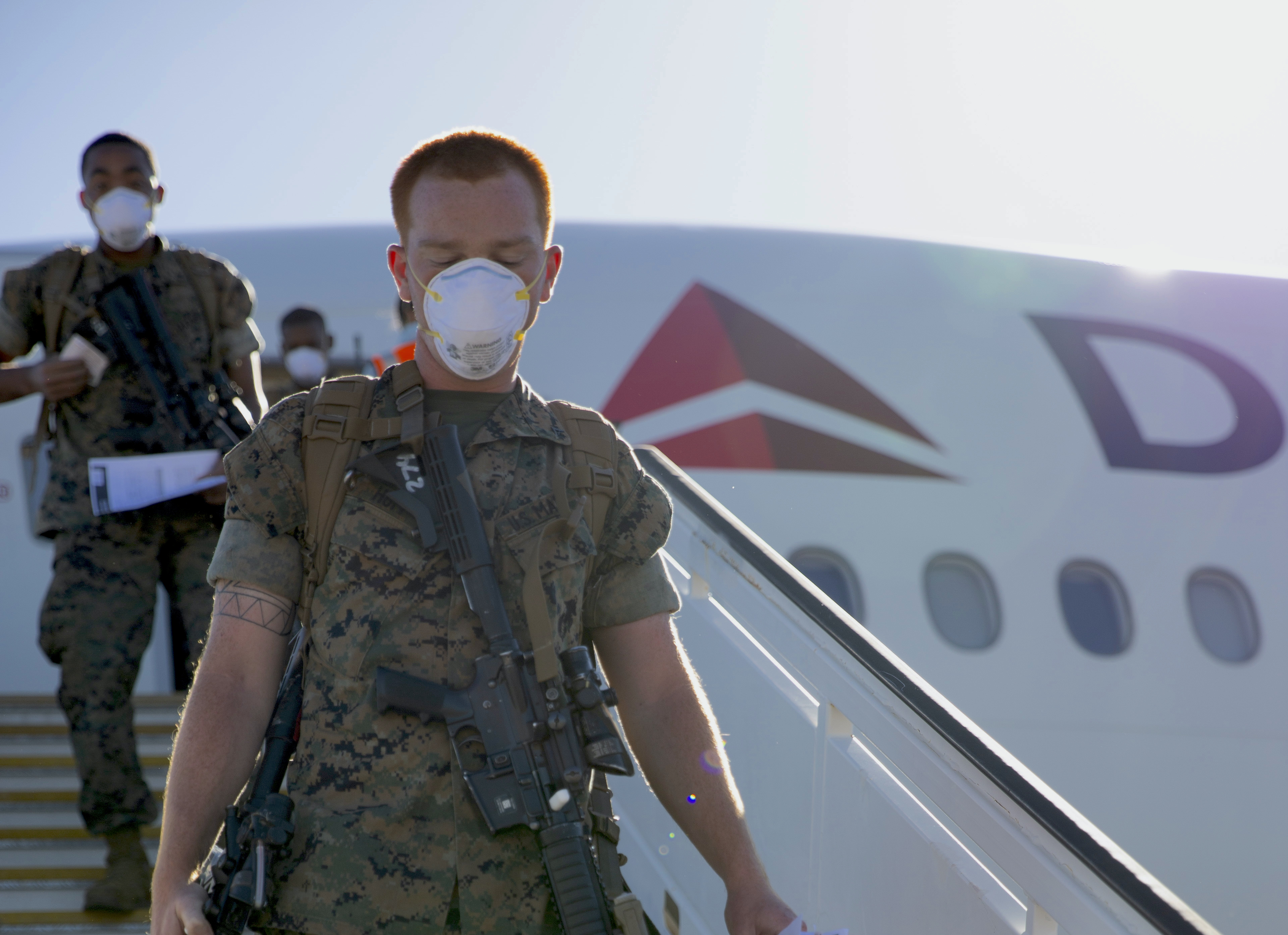 A Marine assigned to the rotational force in Northern Australia has tested positive for COVID-19, the service announced early Friday.

“The Marine arrived with the most recent wave of Marines on July 8, 2020. We are currently awaiting confirmation of this result and the results for the remainder of the most recent wave,” read a statement from Marine Rotational Force – Darwin.
“The Marine followed all Northern Territory and Federal health guidelines and has been in mandatory quarantine since their arrival. The Marine is currently under strict isolation at Royal Darwin Hospital and the NT government remains informed and is providing support.”

Those who interacted with the Marine have been identified through contact tracing and are now in a 14-day quarantine period, MRF-D said.

Due to the global pandemic, the Marines reduced their footprint in Darwin to about 1,200 Marines. The new total is down from the 2,400 Marines the service sent to Australia the year before.

A priority for the force was to perform comprehensive COVID-19 screenings for the Marines coming into Australia.

“Before they left for Australia, each Marine and sailor with MRF-Darwin was screened with questionnaires and temperature checks. They are re-screened by Australian health teams in Darwin,” USNI News reported last month.
“Marines are retested at the quarantine end, and if tests are negative, they’re released from quarantine and taken to their billeted facilities, he said. Contracted crews have cleaned and sanitized those facilities for the second wave of Marines.“

As of Wednesday, the Marines have had 1,600 positive COVID-19 cases, according to a tally from the Department of Defense.

The U.S. has sent Marines to Darwin annually since 2012. This year’s smaller force will focus on training with the Australian Defence Forces

The following is the complete July 10 statement from MRF-Darwin.

On July 10, 2020 a U.S. Marine currently stationed in Darwin tested positive for COVID-19.

The Marine followed all Northern Territory and Federal health guidelines and has been in mandatory quarantine since their arrival. The Marine is currently under strict isolation at Royal Darwin Hospital and the NT government remains informed and is providing support.

All potential interactions with the Marine who tested positive have been identified and those individuals have been placed under quarantine for a minimum of 14-days and will receive additional testing. All low dependency cases will be transferred to Howard Springs for the duration of their illness.

Medical specialists will continue to monitor the health and safety of all Marines. Should the condition of any Marine become serious, they will be safely taken to Royal Darwin Hospital for follow on observation, testing and treatment.

The close coordination with our ADF counterparts has allowed for robust procedures in screening, testing, quarantining, and if necessary isolating U.S. Marines. MRF-D is confident in the abilities of our Navy health professionals and Australian medical facilities to recognize and respond swiftly to protect the local community and our Marines. The safety of the local community in which we live and work is our utmost priority.