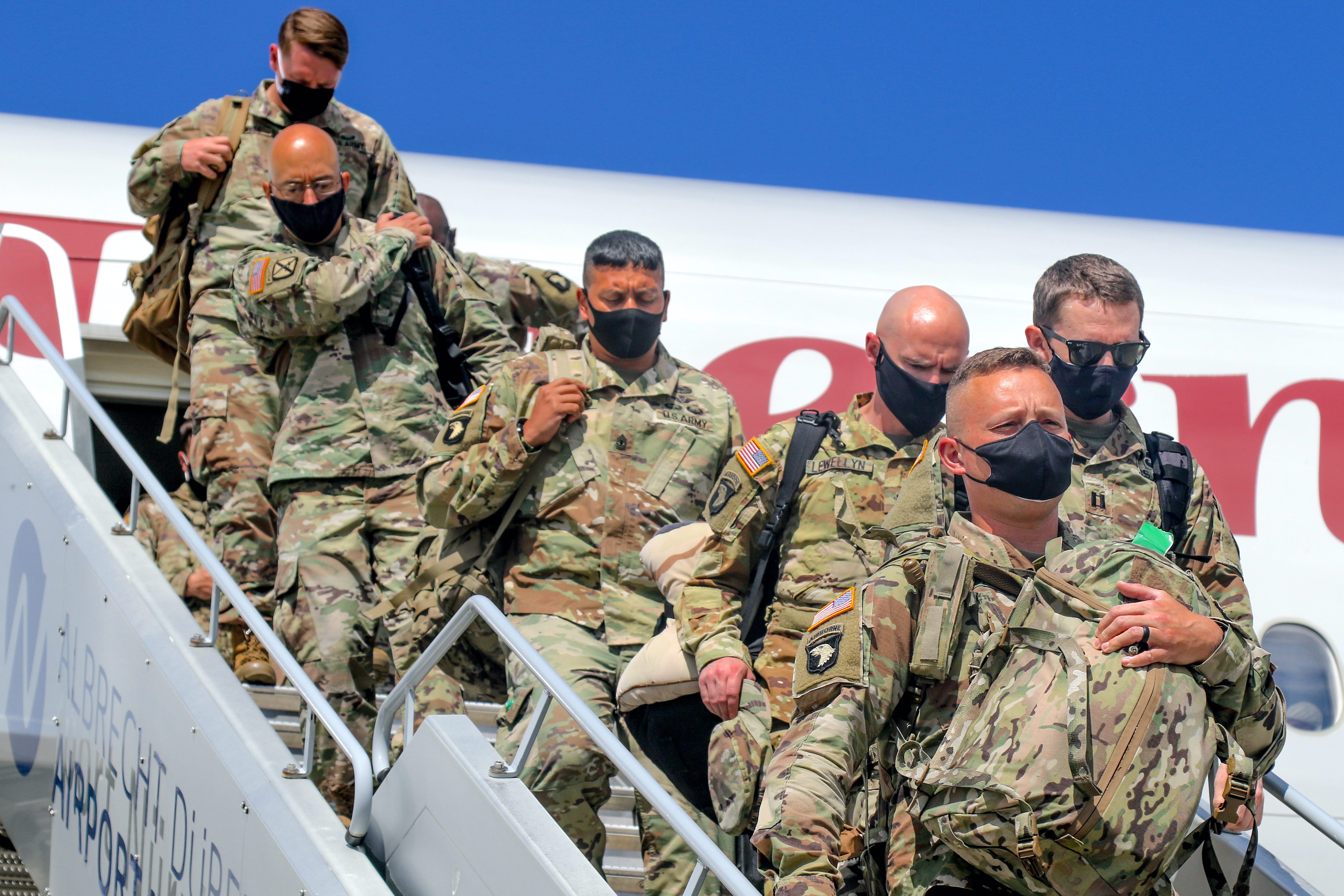 Where the Trump administration chooses to re-deploy 9,500 American service members now in Germany would send a signal to Europe about its commitment to NATO, Germany’s defense minister said Wednesday.

Annegert Kramp-Karrenbauer, speaking at the ninth European Union-Brookings Institution security forum, said in pre-recorded remarks that re-deploying to Poland would be an “important message for the alliance.” A different message would be received by European allies if those forces are sent back to the United States or to the Indo-Pacific.

The potential move, which faces strong opposition in Congress, would affect about one-third of the American forces now in Germany.

Kramp-Karrenbauer, completing her first year as defense minister, added, “the strength of NATO is not playing tit-for-tat” with the Kremlin on military action, but rather is focused on deterrence and sanctions. “America needs like-minded allies, especially states in Europe,” that share democratic values in the continuing confrontation with Moscow and increasingly with Beijing.

Citing the large air base at Ramstein, the hospital complex at Landstuhl and training areas for American and alliance forces in Bavaria as reasons for the U.S. to remain in Germany, she said, “we are critical to American security” on the continent and for operations in the Middle East or Africa.

“We see Russia as being more aggressive” than before, she said, speaking through a translator. She emphasized several times the ongoing proxy war in Ukraine as an example.

Addressing the question of burden-sharing of security costs in Europe, Kramp-Karrenbauer pointed to the EU’s continuing commitment – despite the pandemic – to invest in infrastructure to help the civilian economy and resist Russian aggression. Strengthening bridges, modernizing rail lines and improving highways allows the rapid movement of EU and alliance forces into countries like Poland in times of crisis with Russia.

Germany now chairs the European Commission, the EU’s executive branch, she added, and in that position Berlin is working to develop among union members a common threat analysis of dangers from Russia and also from the Sahel of Africa

For Africa, “we want to do this over the next six months,” especially for the benefit of countries in southern Europe. In Europe, “we need to find a balance” between the security needs of the northern and southern countries in the union where the Russian threat differs widely.

The Trump administration, like others before it, has criticized Germany for not paying its share of NATO security costs despite having one of the world’s strongest economies. NATO members committed to spending 2 percent of gross domestic product on security at a 2014 conference. Berlin has remained below that threshold at about 1.4 percent

For this year, Kramp-Karrenbauer said Germany increased its defense spending by 10 percent to $49.3 billion, the largest increase in security spending among the 15 leading economies. “It’s important to remain committed” to spending on defense and not raise it one year and let it slip back the next – indicating a commitment to increase future security budgets.

But security spending in the larger sense goes beyond ships, aircraft and service members. It also extends to physical and digital infrastructure, she said. “We don’t want to exclude companies, but we want to set standards” to ward off Russian and Chinese intrusions that could disrupt or knock out key components of national life.

Kramp-Karrenbauer stressed the importance of working with like-minded nations in the Indo-Pacific on these issues. China “is a systemic challenge for us” that goes beyond telecommunication company Huawei’s strong position in developing 5-G telecommunications networks across Europe.

In a later session at the forum, Ellen Lord, the U.S. undersecretary of defense for acquisition and sustainment, also underlined the importance of infrastructure security. She said the COVID-19 pandemic showed the pitfalls of relying on a global supply chain that relies on potential adversaries for necessary parts. “We have to make sure we’re ‘re-shoring’ as much as possible and with [trusted] allies,” like the Italian shipbuilder Fincantieri on the U.S. guided-missile frigate program.

“We want to be starting … with at least one [bidder] being domestic” in awarding defense contracts, she said. Like Kramp-Karrenbauer said about the United States, Lord said, “we do depend on many, many EU countries” in the defense industrial supply chain because they can be trusted.