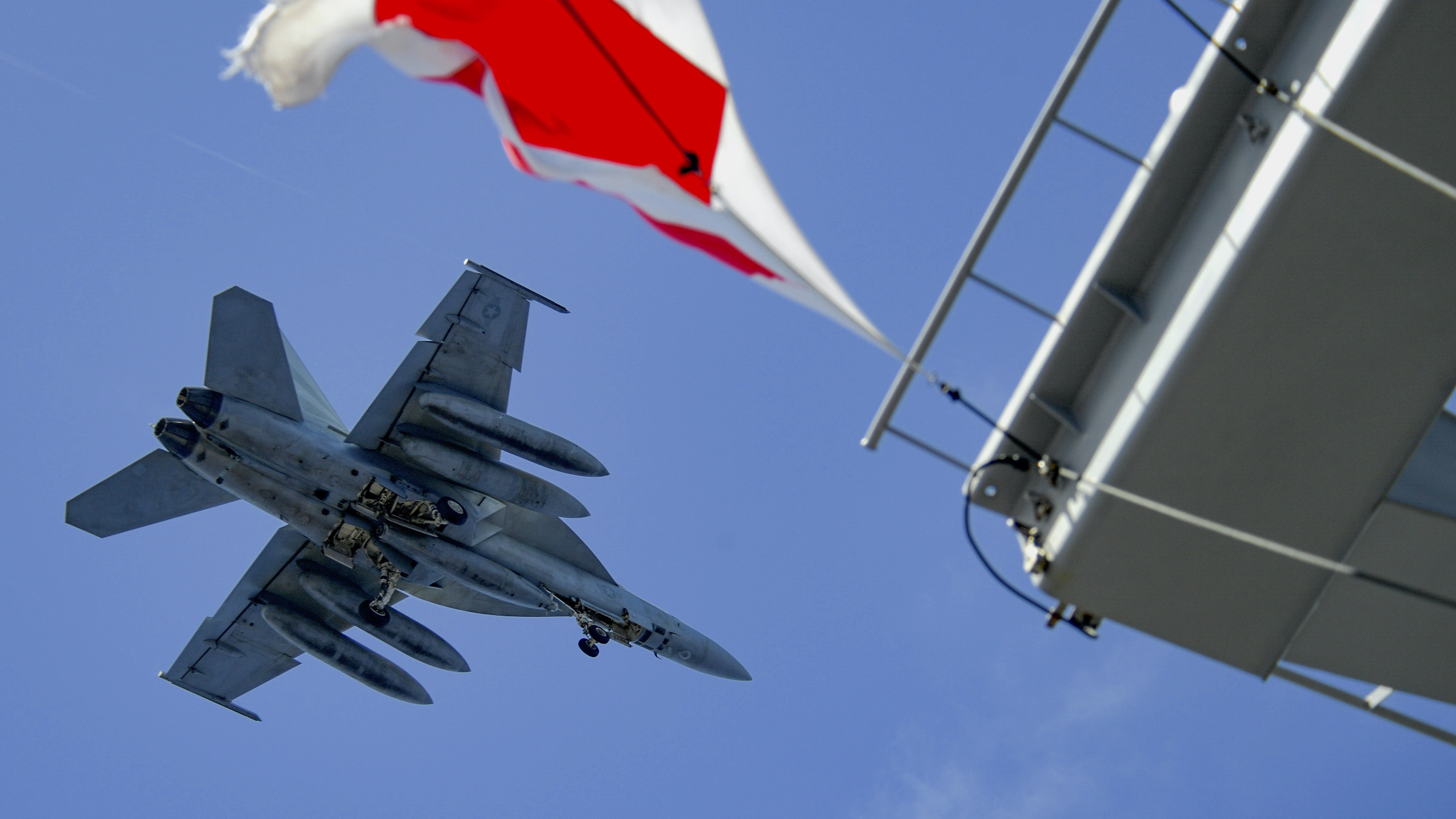 The air squadrons assigned to USS Theodore Roosevelt (CVN-71) are back home after the end of a deployment that was interrupted by a COVID-19 outbreak, Navy officials confirmed to USNI News on Tuesday.

The aircraft from Carrier Air Wing 11 departed the carrier Tuesday, bound for naval air stations in California, Washington and Virginia to conclude their deployment that began in mid-January.

The departure of the air wing from the carrier indicates Theodore Roosevelt will not have an off-shore sustainment period similar to the two months USS Harry S. Truman (CVN-75) spent loitering off the coast of Virginia. Due to fears of a COVID-19 outbreak, Truman was kept at sea while USS Nimitz (CVN-68) and its strike group were preparing to deploy to the Western Pacific, just in case the Navy needed to call upon a certified strike group to take on a mission.

Theodore Roosevelt’s deployment was broken up by a two-month pier-side period in Guam to fight off a COVID-19 outbreak that resulted in more than 1,200 sailors of the 4,800 assigned to the carrier testing positive for the virus.

Last month, the Theodore Roosevelt CSG exercised with the Nimitz CSG in the Philippine Sea as part of a round of dual-carrier exercises in the Western Pacific.

Carrier Air Wing (CVW) 11, based at Naval Air Station Lemoore, Calif., was embarked aboard Theodore Roosevelt and includes a total of nine squadrons and detachments: