Since 2008, Russia has sought to modernize its military and engaged in several armed interventions outside its borders. The 2018 U.S. National Defense Strategy prioritizes “long-term strategic competition” with Russia (and China). To help guide policymaking in response to challenges posed by Russia, Members of Congress may have an interest in assessing the capabilities of the Russian Armed Forces. This report briefly describes Russia’s current military capabilities, including strengths and weaknesses.

Official figures suggest Russia’s military expenditures have ranged between $60 billion and $65 billion a year, or roughly 4% of its gross domestic product (GDP). However, the extent of defense spending may be greater if assessed on the basis of purchasing power parity rather than market exchange rates. 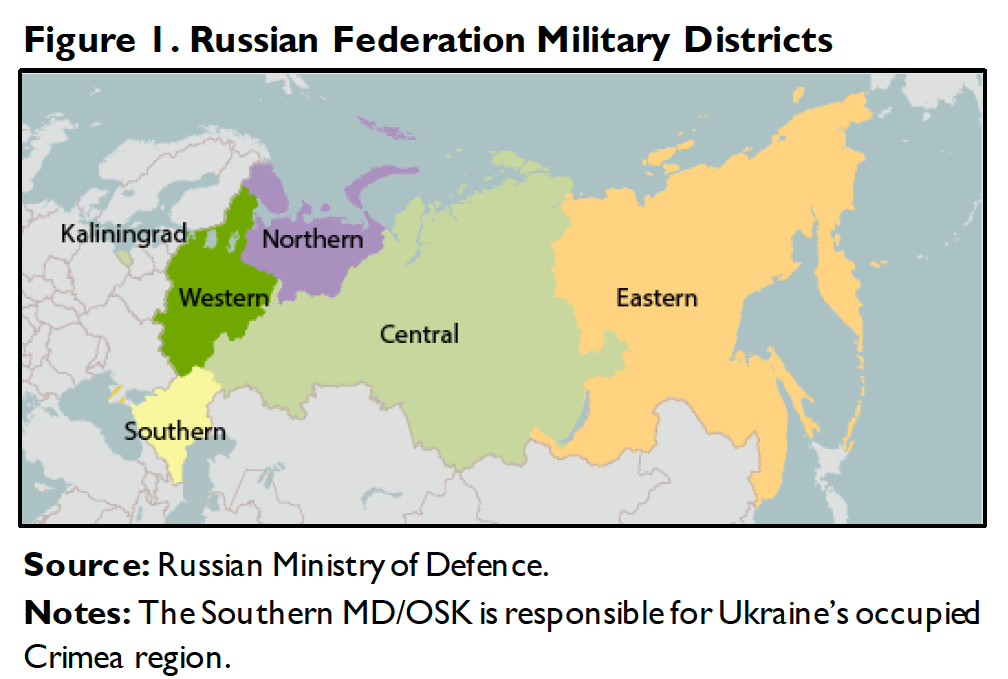 Russian ground forces are organized into 11 combined arms armies, one tank army, and four army corps. Russia’s most advanced capabilities are in the Western Military District, and the Southern Military District appears to have the most competent units. Russian units exhibit a mixture of division and brigade structures; brigades are utilized primarily in regions or areas where full divisions would be unwieldy. Both generate ad hoc, task-specific Battalion Tactical Groups, which have artillery and air defense units attached and can be combined with other units as needed. Even with a focus on permanent readiness, however, only a few subunits can be considered deployable.

Recruiting professional soldiers has been a priority. Conscription is unpopular and, at 12 months, considered too short by the Russian military to effectively train new conscripts. Most conscripts occupy secondary support roles, although in most maneuver units conscripts comprise up to one-third of personnel.

The Russian military’s experiences in Ukraine and Syria have reaffirmed for it the importance of massed artillery, rocket fire, and armored forces. However, ground forces have been a relatively low funding priority in Russia’s modernization; most of these efforts went into upgrading existing platforms, which decreased standardization across units and increased maintenance costs.