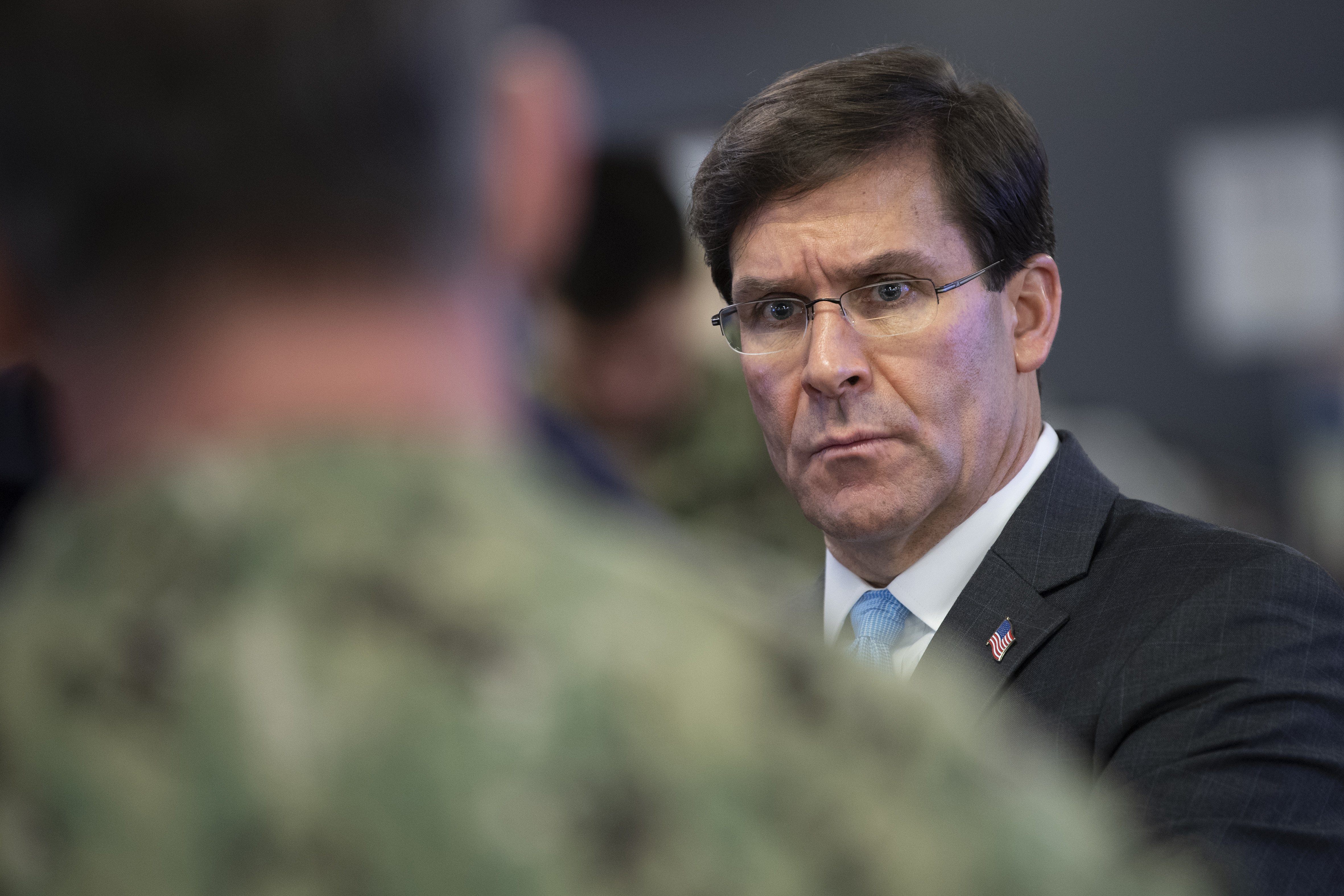 The Navy has lost much of its power on deciding what its future fleet will look like, with a Pentagon-led effort set to produce secretary of defense directives to the service by the end of the summer on what the fleet’s future plans should include.

This Future Navy Force Study is replacing the Navy and Marine Corps’ own plan that was rejected by Secretary of Defense Mark Esper earlier this year. The study brings in the Office of the Secretary of Defense, the Joint Staff and a think tank into the process of deciding what the future fleet will look like in the coming decades.

Typically, the Navy would have released its 30-year shipbuilding plan in February alongside its FY 2021 budget request. An Integrated Naval Force Structure Assessment (INFSA), developed alongside the Marine Corps to reflect some major changes in how the services will conduct amphibious warfare, was also due out at the beginning of the year.

Instead, Esper held them back from Congress, uncomfortable with not only the decisions the Navy made but also with the basic assumptions the Navy used to come to those conclusions. He then directed Deputy Defense Secretary David Norquist to oversee the new studies.

At the time, Esper couched the situation as wanting to review the Navy’s INFSA and shipbuilding plan through three reviews: one by the Navy, one by the Pentagon’s Cost Assessment and Program Evaluation (CAPE) office, and one by an outside think tank, the Hudson Institute. 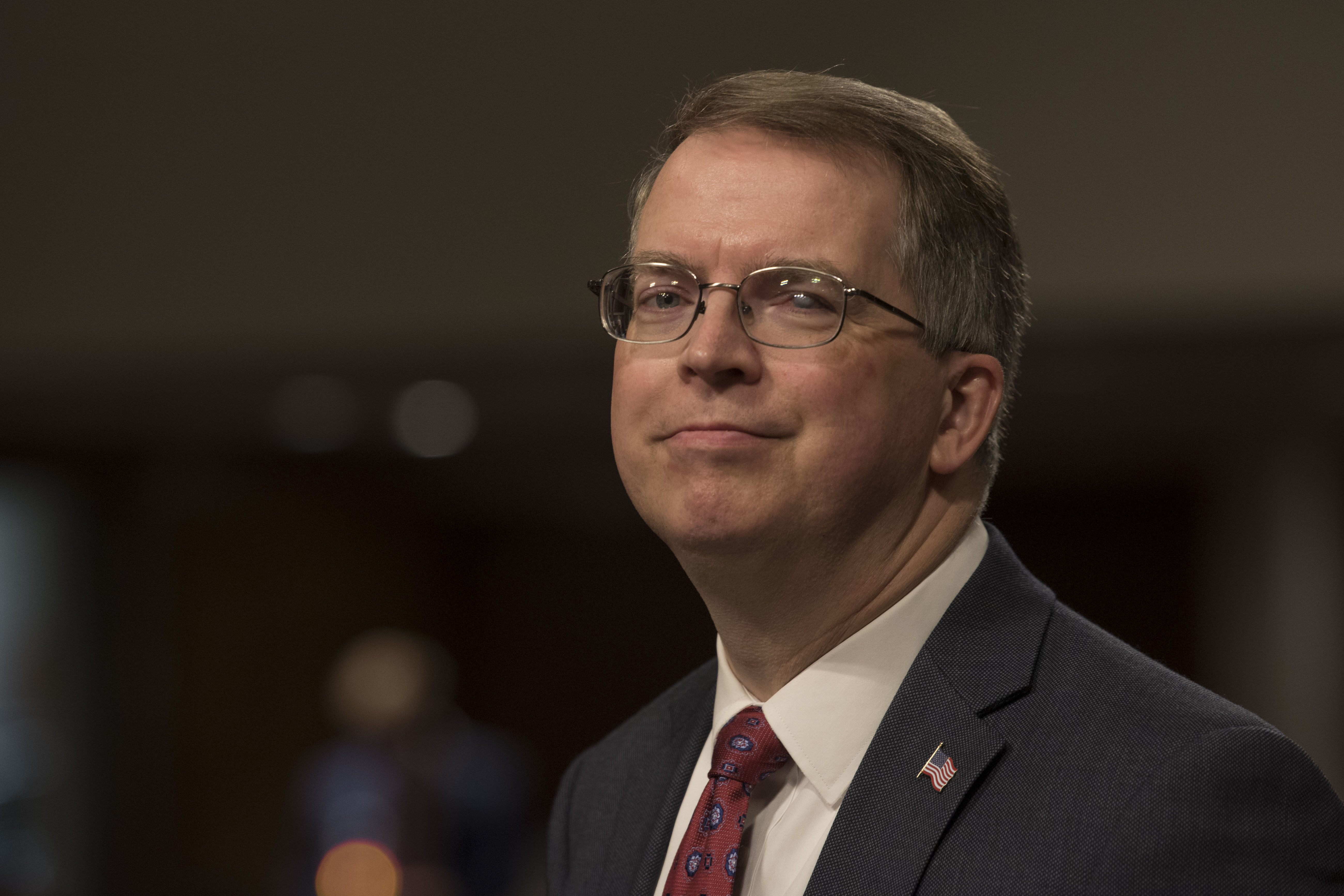 Former Acting Secretary of the Navy Thomas Modly, too, told a small group of reporters in March that it was a “review” process that would last until July. Asked about the INFSA, Modly said that “we delivered that to the secretary of defense, and he had his own analysis being done by CAPE. And so we’re looking at how do we reconcile those two things. I don’t think they were that different, but he wants to spend some time looking at it.”

But the degree to which the Pentagon was taking charge of charting the Navy’s path was unclear to many at the time. USNI News understands that, over the years, some groups of Pentagon leadership have taken a more hands-on approach to reviewing the Navy’s shipbuilding plans before approving them and sending them up the chain to the White House and to lawmakers – Bob Work took a particularly careful look when he was deputy secretary, a source familiar with the current process told USNI News – whereas other times OSD is happy to just sign off on Navy plans. But Esper’s move largely takes the future force planning out of the Navy’s hands and gives OSD and the joint force a much more direct say in what the final product will look like.

“The Integrated Naval Force Structure Assessment (INFSA) was led by the Navy and Marine Corps to develop a comprehensive naval force architecture. After a briefing of INFSA results to the Office of the Secretary of Defense (OSD) in January 2020, the Secretary of Defense directed his Deputy to initiate an additional review of naval force structure, assessing it for alignment with the National Defense Strategy and related OSD CAPE efforts. This review, the Future Naval Force Study (FNFS), is a collaborative OSD, Joint Staff and Department of the Navy (DoN) effort to assess future naval force structure options and inform future naval force structure decisions and the 30-year shipbuilding plan. Although COVID-19 has delayed some portions of the study, the effort remains on track to provide analytic insights in time to inform Program Budget Review 22,” Defense Department spokesperson Russ Goemaere told USNI News.

When the Navy and Marine Corps submitted their INFSA to Esper, they were using many fundamental assumptions that Esper didn’t think aligned with the National Defense Strategy, readiness and cost realities, and more.

Esper, in a February hearing, himself noted that the Navy’s plan assumes that its 36-month Optimized Fleet Response Plan (OPRF) readiness-generation process works.

“The OFRP hasn’t worked for years, so why should we assume it will work in the future,” Esper said to the House Armed Services Committee.

Modly said during the March interview that the carrier force was another assumption he had concerns about and that would be addressed in the Office of the Secretary of Defense review.

“Another good example is at the carrier, at the top of the list, your biggest capital asset. They’ve said consistently that it should be 12 carriers. That’s what the law says. That’s what they put in all their scenarios,” Modly said of Navy planners.
“Well, even if you looked at our own plans that we’ve developed, we never get to 12 in 50 years or something. I think 2060 or something is when we get to 12 carriers. So, you know, my view on that is, well, if we’re not going to ever really get to 12, why are we war gaming around 12? Why are we not war gaming around what we most likely will have? And then figure out how we manage risk in those areas where we would have take risk because we don’t have a carrier to do that. And so those are the types of discussions that we’ve had.”

Bryan Clark, a naval analyst at the Hudson Institute, which is running one of the three legs of the Future Navy Force Study, told HASC in a hearing earlier this month that the Navy’s plan didn’t adequately address Esper’s concerns over cost – acquisition and sustainment – and was too conservative, with Esper wanting to see more movement towards a new fleet that was optimized for a peer adversary environment under the National Defense Strategy.

A source familiar with the review process said the Navy was and still is largely unwilling to change course. The Navy and Marine Corps had been working on the INFSA since September and had invested significant time in crafting the plan and putting it through a series of modeling and simulation tests and wargames to see how well it held up.

Though their plan was never released publicly, Commandant of the Marine Corps Gen. David Berger had previously warned that the FY 2021 plans wouldn’t be as reflective of their overhaul in how to use new classes of small and unmanned ships to conduct amphibious and littoral warfare, and that many of the big muscle movements would have to wait until the FY 2022 budget cycle due to timing issues. It’s unclear what the Navy’s proposal was for the rest of its fleet beyond amphibious ships, but the source said the holdup was due to the fact that the Navy’s submission was viewed by OSD as an extension of old plans rather than a change in direction to a new way forward. 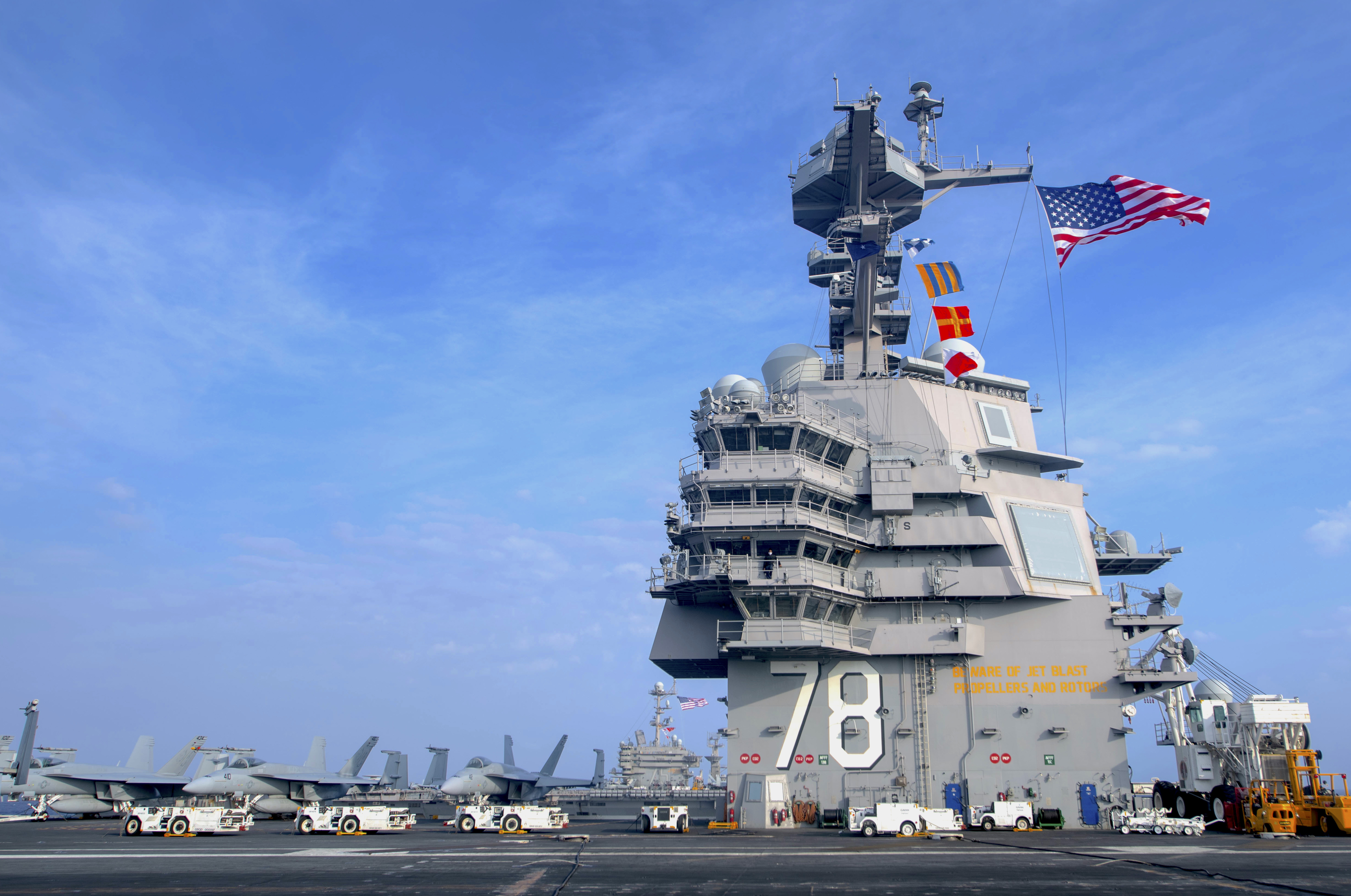 Esper’s review will ultimately force the sea services to redo the INFSA and create a whole new force structure assessment and a shipbuilding plan to start to move in that direction, rather than adjusting around the edges as many originally expected. Since the Navy was reluctant to redo its INFSA initially, OSD is now requiring that they go through the effort together, which takes much of the decision-making power away from the Navy, according to a source familiar with the planning.

Once the Hudson Institute and CAPE studies comes back, they along with the Navy plan will be put through an analysis program and then a wargaming and modeling period that will run through the end of July, the source said. In August, Esper will take the results of that effort and create a report, where he will direct the Navy to build a new FSA and shipbuilding plan that reflect whatever his takeaways may be, whether related to size or balance between different ship classes.

Once Esper sends his directives to the Navy, they will have to spend the fall redoing the FSA and shipbuilding plan. By that time, though, new Navy Secretary Kenneth Braithwaite will have already passed to Esper his first round of recommendations for the FY 2022 budget request.

Braithwaite told USNI News in an interview at the Pentagon that he had just a matter of weeks to understand the Navy’s FY 2022 budget as it currently stood, and begin to put his own fingerprints on the plan, finding billions in savings and looking to reinvest that money based on his own priorities as secretary.

“Tonight we start the process of going through the entire Navy budget. I want to understand and own every aspect of it. So we are going to work late into the night from now until probably the end of the month or even into early July, because I am responsible to deliver a budget that the secretary has asked me to deliver that is reflective of what the needs of the Navy are, predicated on this new era of great power competition and what our pacing threat is,” Braithwaite said.
“I have asked the leadership in the Navy to join with me and kind of reimagine the Navy from the ground up. If we had a clean sheet of paper, what would the Navy look like today? What could it look like tomorrow? Not only from what ships are part of the fleet structure, what aircraft are in the air or submarines under the seas, but what’s the laydown of personnel? And do we have the command and control systems correct? Are they reflective of a more agile and flexible force, or are they indicative of the last war we fought and a Cold War legacy? I really believe that we are at a turning point in the history of the Navy on what the future force structure will be, and we need to make sure that that meets the emerging threat.”

Though tinkering with the budget can happen right up until its annual February release – and, in fact, this year’s FY 2021 request saw funds move from a second submarine to a second destroyer at the last minute – the bulk of the budget is usually developed by the services by about the fall timeframe. It’s unclear what it will mean for the Navy to enter a second year’s budget planning without a force structure assessment guiding decision-making on the near-term spending that will get the Navy and Marine Corps to their long-term goals.

Expecting a drawn-out fight over the INFSA and shipbuilding plan, the House Armed Services Committee will take up a defense authorization bill next week that would fence off a portion of Esper’s travel budget until he releases a 30-year ship plan and would ban the Navy from decommissioning any ships until a FSA is released.

In an interview in May with radio host Hugh Hewitt, Esper questioned the value of the 30-year plan.

“The shipbuilding plan is a 30-year plan. It’s beyond five years. It’s of uncertain value, but what I do hope to portray is the objective force that we need by 2045 to deal with the Chinese,” Esper said. “And by the way, it’s not just surface combatants, but we need to start integrating into that plan things like sealift and other enablers that are crucial to the maritime fight.”