THE PENTAGON – Though the Navy had already advertised it was updating its desired fleet size and composition, after a 2016 effort pegged the future fleet at 355 ships, the service is now taking an even bigger step: working on an Integrated Naval Force Structure Assessment that also includes emerging unmanned and expeditionary platforms to support new concepts of warfare, according to a memo signed by the chief of naval operations and commandant of the Marine Corps.

The planned force structure assessment (FSA) would examine how many of today’s ships – today’s hull designs, with current or near-term capabilities – the Navy needs to meet operational requirements around the world. However, questions have been swirling for the last year or so about what unmanned surface vessels – into which the Navy is planning to invest significantly in the coming years – will mean for the future force size and composure, as well as what the Marines’ desire to leverage alternate platforms to get more people and gear afloat might mean.

Navy leadership had previously said a new FSA was in the works and would be out by the end of the year, though it was unclear if this FSA would begin to tackle the changing face of what a Navy warship could look like.

According to a Sept. 6 memo signed by new leaders of both services, CNO Adm. Michael Gilday and Commandant Gen. David Berger, the services will complete by the end of this month an interim FSA that keeps to a traditional current-capabilities look at what the Navy needs. This interim FSA will be supplemented by a first-of-its-kind Integrated Naval Force Structure Assessment that will be released by the end of the calendar year.

“The Department of the Navy has a unique opportunity to systemically re-examine our requirements and identify the naval force needed to meet the challenges of Great Power Competition. Naval integration is the cornerstone of our future naval force, and the challenges facing our nation demand that we fully leverage the strengths of both naval services,” reads the first paragraph of the memo.

This echoes Berger’s planning guidance he released in July, which stated that the service would no longer aim for fielding 38 traditional amphibious warships and instead would rely on the FSA to point to a new number and a new balance of traditional ships with other available platforms and connectors.

“We must also explore new options, such as inter-theater connectors and commercially available ships and craft that are smaller and less expensive, thereby increasing the affordability and allowing acquisition at a greater quantity. We recognize that we must distribute our forces ashore given the growth of adversary precision strike capabilities, so it would be illogical to continue to concentrate our forces on a few large ships. The adversary will quickly recognize that striking while concentrated (aboard ship) is the preferred option. We need to change this calculus with a new fleet design of smaller, more lethal, and more risk-worthy platforms. We must be fully integrated with the Navy to develop a vision and a new fleet architecture that can be successful against our peer adversaries while also maintaining affordability. To achieve this difficult task, the Navy and Marine Corps must ensure larger surface combatants possess mission agility across sea control, littoral, and amphibious operations, while we concurrently expand the quantity of more specialized manned and unmanned platforms,” Berger wrote.
“As the preeminent littoral warfare and expeditionary warfare service, we must engage in a more robust discussion regarding naval expeditionary forces and capabilities not currently resident within the Marine Corps such as coastal/riverine forces, naval construction forces, and mine countermeasure forces. We must ask ourselves whether it is prudent to absorb some of those functions, forces, and capabilities to create a single naval expeditionary force whereby the Commandant could better ensure their readiness and resourcing. “

Gilday is working on his own planning guidance, USNI News understands, which is also likely to focus on naval integration. 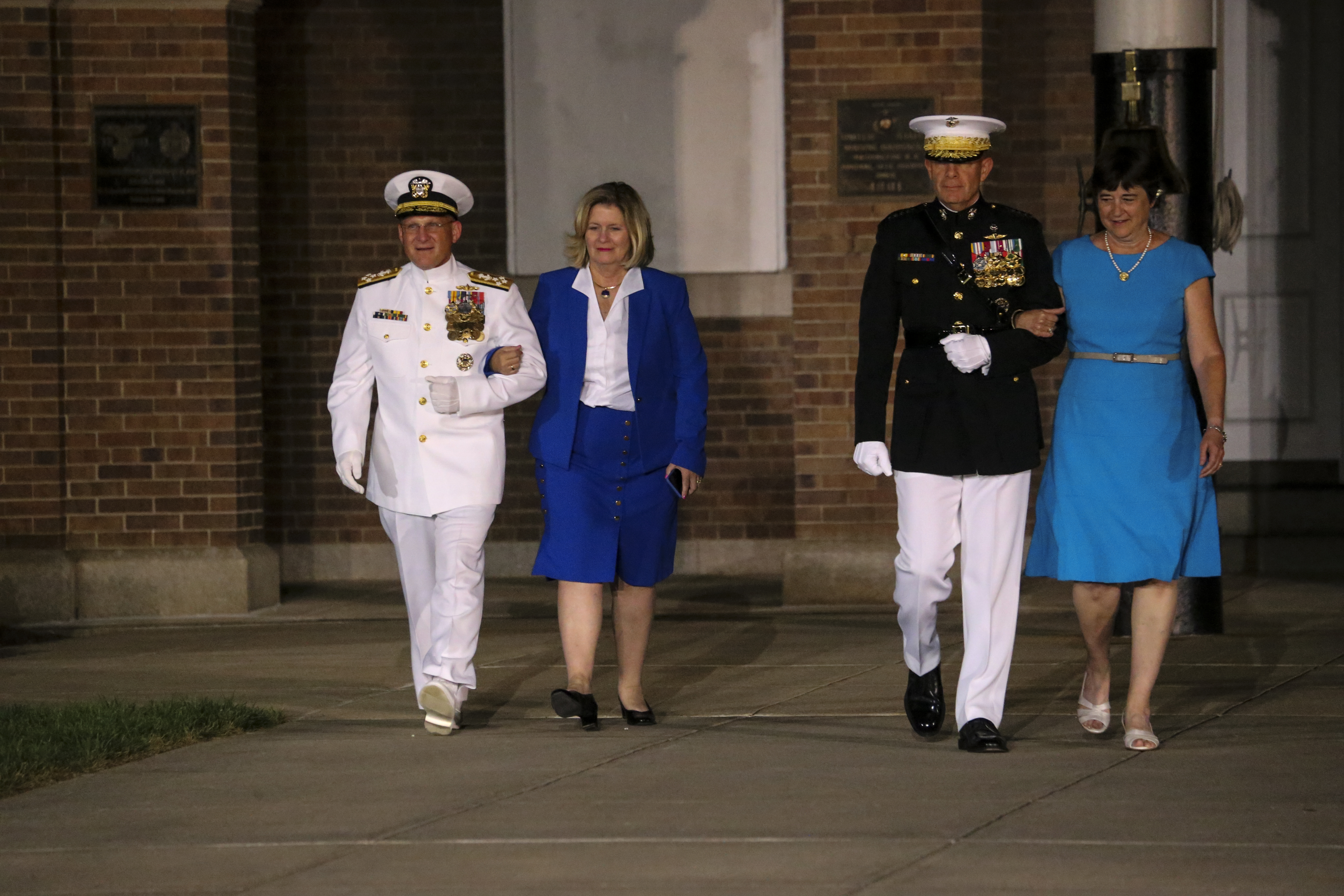 The interim FSA that follows the traditional model will be used to inform Fiscal Year 2021 budget planning, which is still ongoing now.

At the same time, “we will work together to develop a new, comprehensive naval force architecture which integrates the concepts and doctrines required to project naval power globally in the year 2030 and beyond. This architecture will be evaluated analytically, with insights informing an initial Integrated Naval Force Structure Assessment – an update to the Interim 2019 FSA – characterizing the integrated naval warfighting capability and capacity required to conduct missions, functions, roles, and tasks in support of the National Defense Strategy,” reads the memo.

Even ahead of the drafting and release of the National Defense Strategy, the Marine Corps was already moving in a direction of the service – staying agile aboard ships and connectors – contributing to sea control while afloat and ashore as well as benefiting from surface combatants’ protection while taking beaches for temporary missions. This type of maneuver, laid out in the Littoral Operations in a Contested Environment (LOCE) concept and its Expeditionary Advance Base Operations (EABO) ancillary concept, leverages advances the Marine Corps is investing in long-range precision weapons, heavy-lift capabilities from the CH-53K helicopter, sensing and data processing capabilities in the F-35B and more. However, the amphibious ship, alternative shipping and connector piece was still a question mark.

The joint memo notes that the integrated naval FSA will “provide additional detail of the effects of afloat and ashore EABs and the connectors and amphibious platforms that enable those operations.”

The memo notes that the December release of the first iteration of the integrated naval FSA will inform the FY 2021 budget request, 30-year shipbuilding plan and related testimony, but it will likely have a greater impact on 2022 budget decisions.