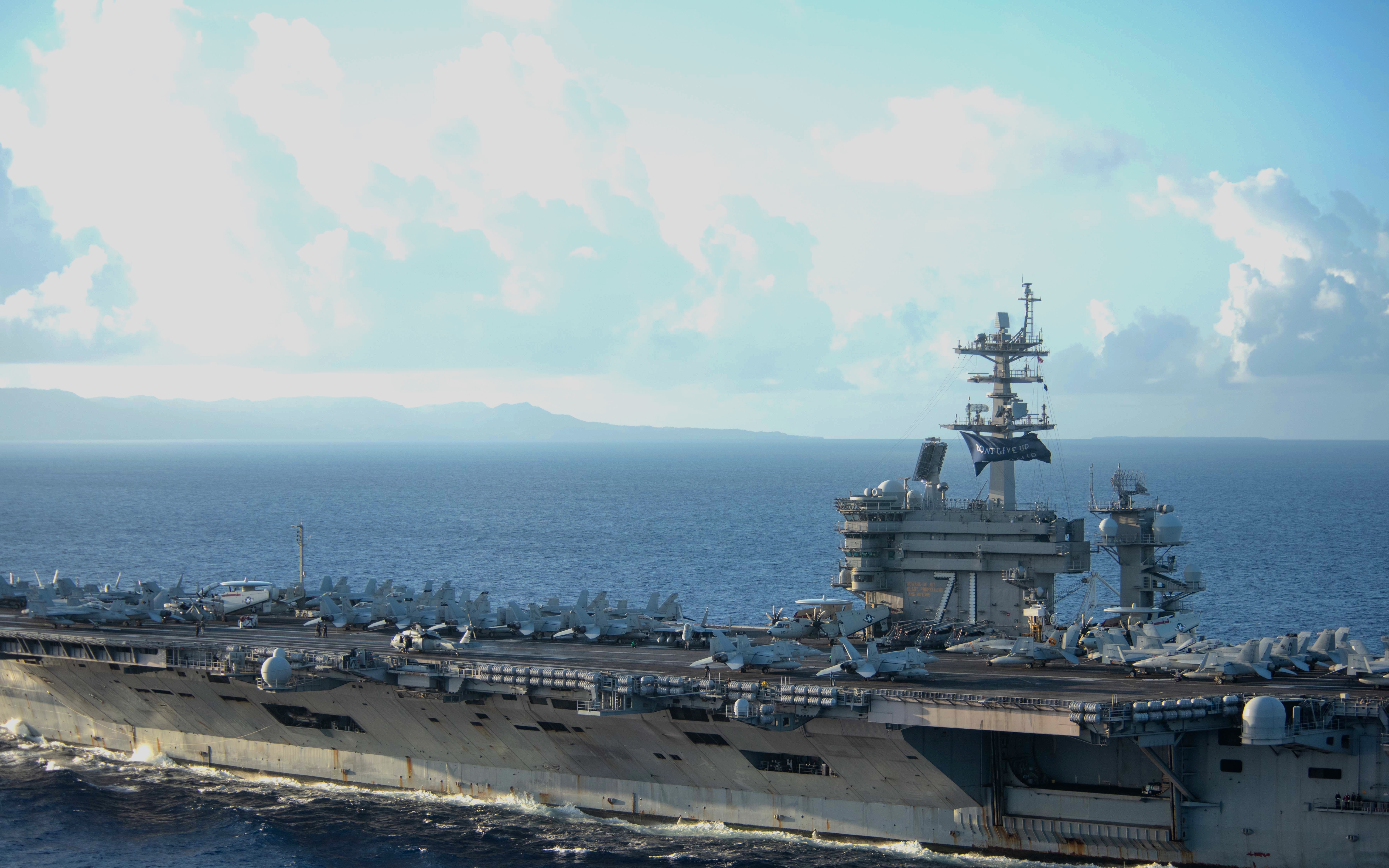 USS Theodore Roosevelt (CVN-71) and its embarked air wing are ready to go back on deployment after completing carrier qualifications, following a two-month fight against a COVID-19 outbreak on the carrier, U.S. 7th Fleet announced.

Theodore Roosevelt is now pier-side in Guam to pick up the remainder of its crew before rejoining its escorts and resuming the deployment that was interrupted by the outbreak, a Navy official confirmed to USNI News on Wednesday. Last month, the carrier left for the qualifications with a partial crew while the remainder was still dealing with the aftermath of the quarantine.

As part of the effort to rid the crew of the virus, sailors had to test negative twice for COVID-19 before being allowed back on the ship. Over the next day, Theodore Roosevelt sailors who were left on Guam during carrier qualifications who have met all health requirements will board the carrier for the deployment, a Navy official told USNI News.

Sailors who have not met those health requirements yet will remain on Guam until they are able to rejoin the carrier or return to their homeports, a Navy official confirmed to USNI News.

“Completing carrier qualification was the last milestone in returning Theodore Roosevelt to sea,” reads the statement from 7th Fleet.
“Carrier qualifications are a time for naval aviators to refine their skills practiced during field carrier landing practice (FCLP) for sustained operations at sea aboard the aircraft carrier.”

Carrier Air Wing 11 worked up at nearby Andersen Air Force Base on Guam before qualifying on the carrier.

The carrier pulled into Guam on March 27 and began the process of purging the virus from the crew and the ship by moving most of the crew ashore into quarantine while the ship was disinfected and maintained by a small contingent of sailors. The outbreak infected more than 1,000 sailors of the 4,800 sailors aboard and resulted in the death of Aviation Ordnanceman Chief Petty Officer Charles Robert Thacker Jr. Since late April, the Navy has begun to move sailors back aboard the carrier after the outbreak.

While Theodore Roosevelt was at the pier, escorts from the strike group were re-tasked and sent to different missions across the Pacific. Some of the guided-missile destroyers took on Coast Guard law enforcement detachments for anti-drug trafficking missions. The guided-missile cruiser, USS Bunker Hill (CG-52), was part of the operations in the South China Sea.

Destroyer USS Kidd (DDG-100) suffered its own outbreak while working with U.S. Southern Command on anti-drug trafficking operations and is currently in port in San Diego.
Once the carrier gets back underway later this week, it’s unclear if it will resume operations with the carrier strike group in the Western Pacific or head back to San Diego, Calif.

The strike group left on Jan. 17 for an anticipated six-month deployment into the Western Pacific. It was deployed 70 days before it pulled into Guam to mitigate the outbreak.

As of today, the carrier has been out for a little more than four and a half months. If the Defense Department decides to extend the deployment past seven months, it needs Secretary of Defense approval.

The return on deployment comes in the midst of the Navy’s investigation into the circumstances of the outbreak that led to the removal of former TR commander Capt. Brett Crozier. The service investigated the command climate in the Pacific and how it could have contributed to the handling of the outbreak. Chief of Naval Operations Adm. Mike Gilday received the investigation last week and is reviewing it ahead of releasing the results.