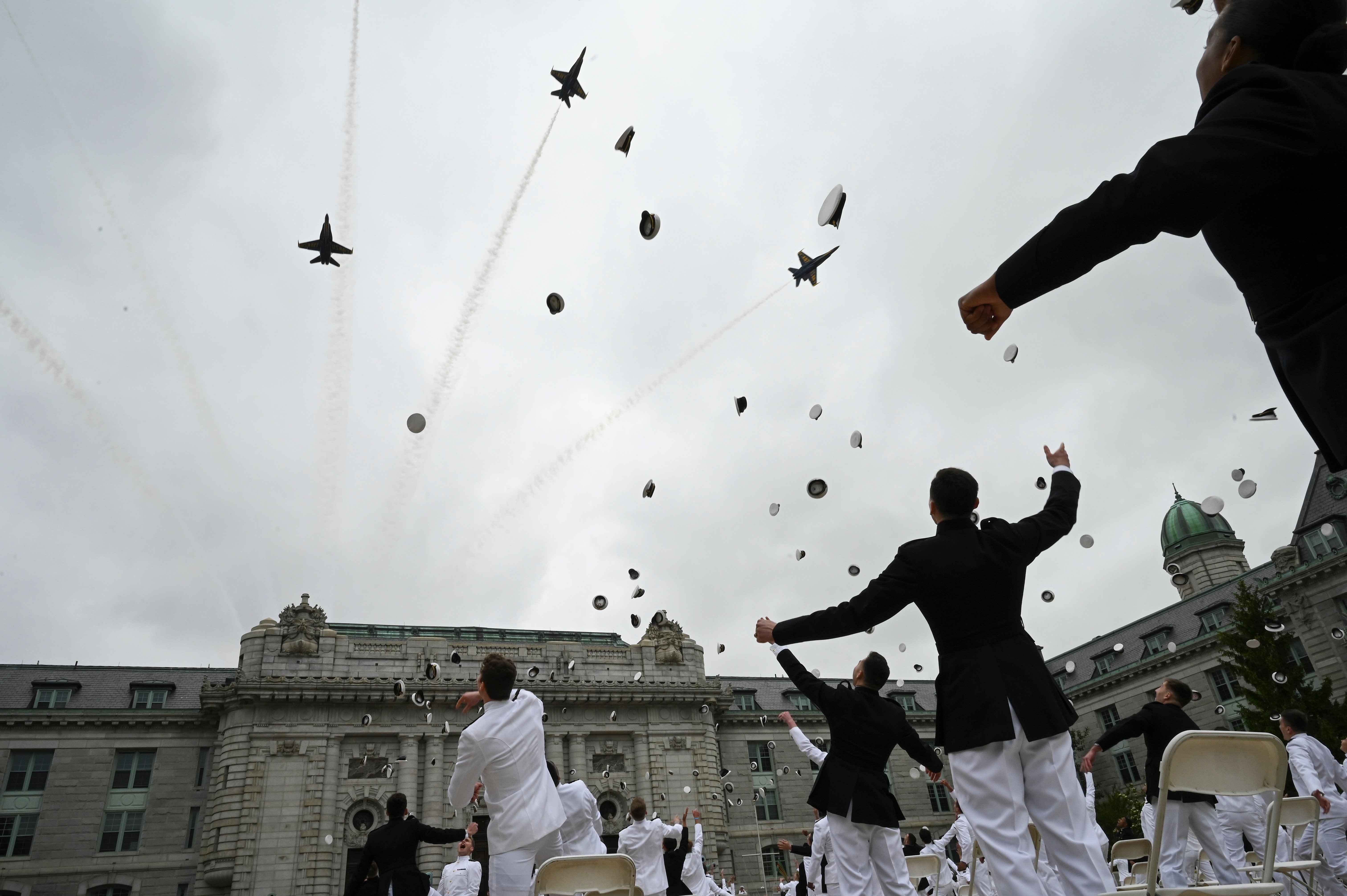 The nation, Esper said, “is currently accelerating the development of next-generation capabilities and designing a future fleet that is more lethal, more survivable, more adaptable and more sustainable and larger than we have seen in years.”

The nation has no choice but to speed the production of modern weaponry. Russia and China are modernizing their militaries. Their aim, he said, is to “exert veto power over the security and economic power of small countries. We see other countries seeking to do the same in other places like the Persian Gulf.”

The changing character of warfare means the U.S. military must be ready to contend with near peers who are developing cutting-edge technology.

The future Navy these graduates will one day lead will be a force with more surface combatants, many of which are smaller than those deployed today. Many of these vessels will either be lightly or optionally manned. An ample submarine force will provide a strategic deterrent, he said.

The Marine Corps is also changing in ways that Esper said will require training and equipping for littoral warfare. These forces will be, Esper said, “enabled by unmanned systems and networked to amplify the advanced weapons systems and firepower the joint force can bring to bear.”

Unlike previous years, the graduating class of 2020 was not in attendance as Esper addressed them. Midshipmen never returned to Annapolis from spring break because of concerns about keeping the students, faculty and staff safe from catching COVID-19.

Between May 12 and May 20, the Naval Academy held five smaller ceremonies to swear in the approximately 1,000 members of the class of 2020. As of Friday, these graduates are Navy ensigns and Marine Corps second lieutenants.

Friday’s virtual ceremony included a host of video messages from government officials, military leaders, alumni and celebrities. Among the Naval Academy graduates to air messages were NBA star David Robinson, a member of the class of 1987; Vice Adm. DeWolfe Miller, the Navy’s Air Boss and member of the class of 1981; and Marine Corps Lt. Gen. Lori Reynolds, the chief information officer of the Marine Corps.