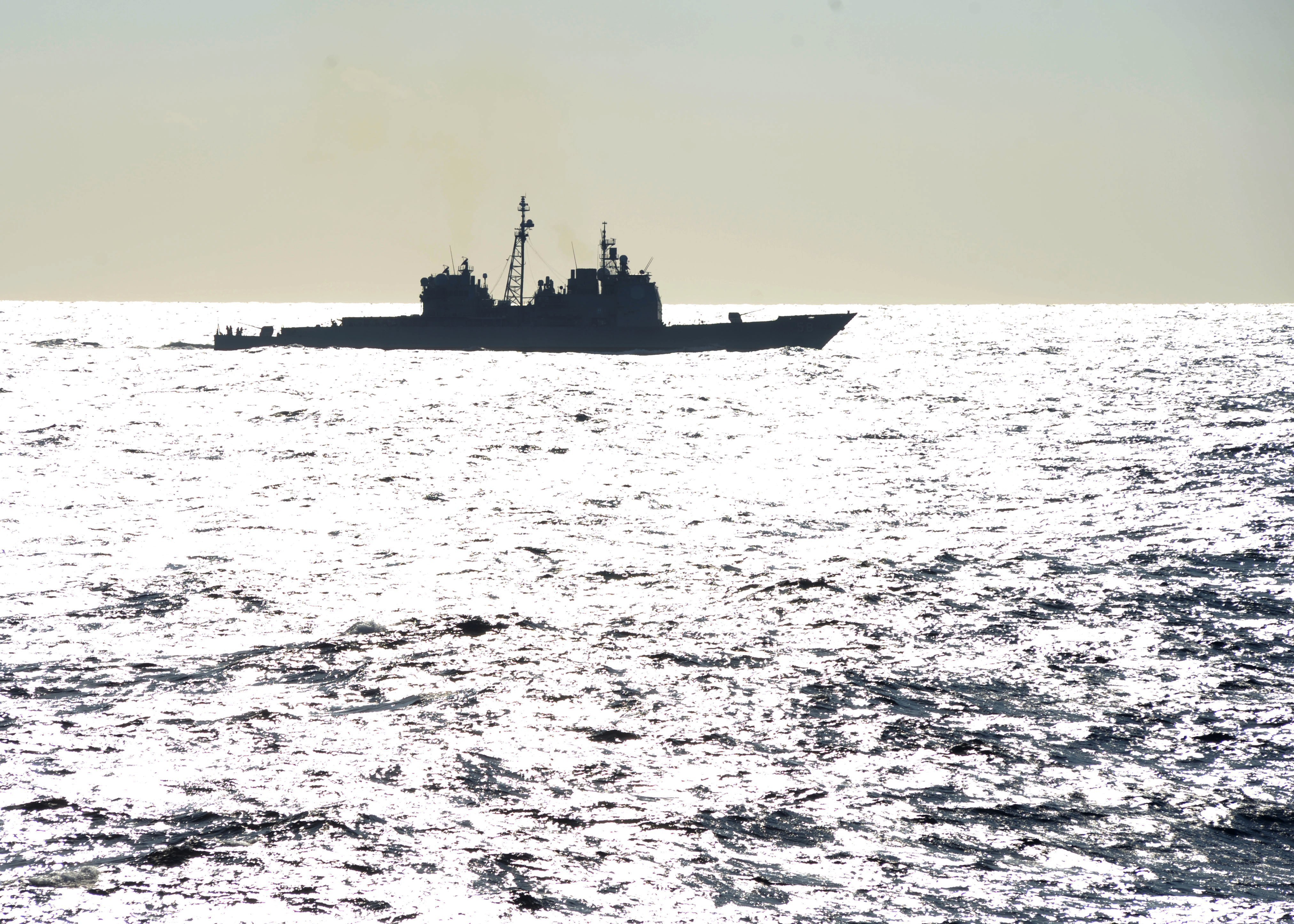 The spill occurred at 7 a.m. while Philippine Sea was pier side at Naval Weapons Station Yorktown. The cruiser was in Yorktown to load ammunition aboard.

The Navy is now investigating the cause of the spill.

Absorbent booms were already in place while Philippine Sea was pier side. The diesel fuel spill was mostly contained by the booms or under the pier. The ship’s crew, a Navy oil recovery team from Naval Weapons Station Yorktown and U.S. Coast Guard personnel responded to the incident, Navy officials told USNI News. By Thursday afternoon, 90 percent of the spill was recovered and absorbent materials were left in place to try to capture any remaining fuel.

The York County-Poquoson Sheriff’s Office flew an aerial drone over the site to try locating any diesel fuel washing ashore. As of Friday morning, Navy officials said the environmental impact, if any, was minimal. Any remaining diesel sheen on the water is considered unrecoverable and is expected to dissipate.

In August 2017, Philippine Sea returned to Mayport, Fla., from a seven-month deployment to the Mediterranean Sea and the Middle East as part of the George H. W. Bush Carrier Strike Group.

Philippine Sea is homeported in Mayport.