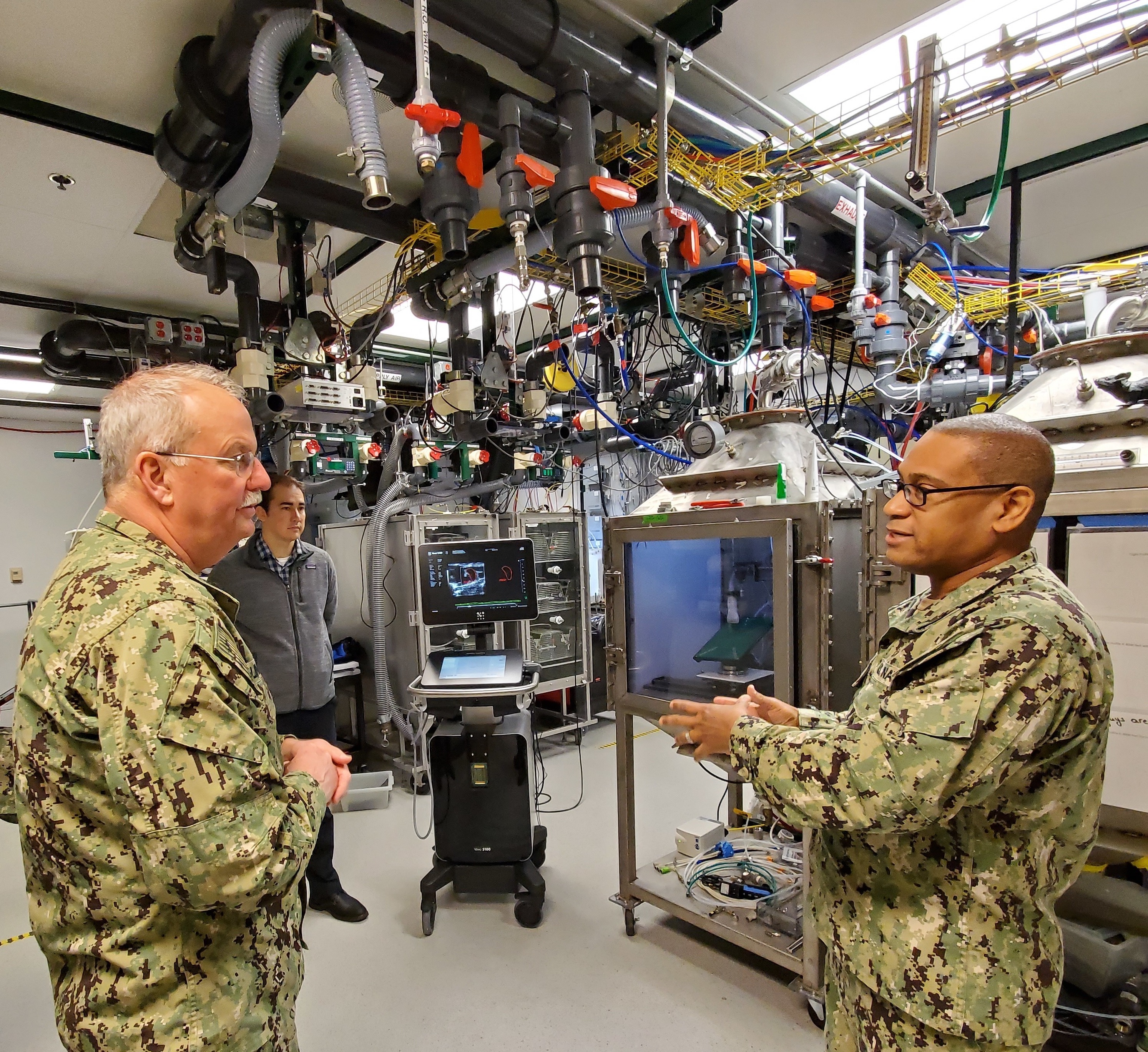 The Navy’s is doubling-down on science and technology spending, using the funds it’s receiving from the CARES Act stimulus passed by Congress during the COVID-19 pandemic, a leading defense spending expert said Monday.

The Navy’s spending on science and technology and its accelerating contract awards is all part of an effort to shore up its part of the defense industrial base, said Mackenzie Eaglen, of the American Enterprise Institute, while speaking as part of a video-teleconference about COVID-19’s influence on Pentagon spending and planning.

The plan to increase spending and accelerate contracts, Eaglen said, “is really about [providing] liquidity” for the contractors, especially passing the $3 billion already approved down to the third and fourth-tier businesses the sea service relies on in shipbuilding and aviation.

Lord and Kim Herrington, DoD’s director of pricing and contracting, have issued more than 20 memos in the past month to ensure the industrial base is considered “critical infrastructure” that kept it under the provisions of the three rounds of emergency legislation.

The aid also includes payroll protection that allows smaller companies to keep employees on their rolls even if the business is closed because of COVID-19. Looking at this part of the act, though, suggests trouble is ahead, said Todd Harrison, the Center for Strategic and International Studies top budget expert.

“The problem comes when you fast forward a bit, the work still has to be done,” Harrison said.

The Pentagon will need to return to Congress, Harrison said, and ask to “pre-fund” those expected overruns caused when businesses closed because of COVID-19, disrupting expected maintenance or ship and aircraft builds.

Harrison expects when the House and Senate consider a “fourth or fifth stimulus bill, the Pentagon will ask Congress to look at the unfunded priorities list” to gauge how the services and the department would spend new tranches of money.

Congress might be interested in earmarking some to “dual-use” projects, such as modernizing and restoring military facilities and other projects that result in new jobs, Harrison said. “DoD has a lot of infrastructure needs … if there’s an infrastructure bill” as part of a future stimulus act, it could fill gaps in military construction and be an economic stimulus, Harrison said.

Under current stimulus legislation, the Pentagon is receiving about $10 billion, with $5.48 billion headed to the Navy and $800 million to the Marine Corps. About $1 billion of that is not earmarked for specific projects, Harrison said.

The contract acceleration has spurred spending in operations and maintenance accounts to include much-needed aircraft spare parts, Eaglen said. Spending in these accounts is limited to the current fiscal year.

If the money already set aside for all those activities in personnel and operations and maintenance accounts are not approved for re-programming, the funds will be lost at the end of the fiscal year, Harrison said.

But all this emergency spending to stabilize the economy and contain the virus outbreak is adding more than $4 trillion to the federal deficit. Harrison said the future bill due date comes as early as Fiscal Year 2022. A deficit that large “is just off the charts.”

In FY 2022 and FY 2023, Harrison predicted, “there will be increasing pressure in Congress and from the public to reduce the deficit.” Past actions deficit control measures are almost certain to be repeated, he added. “Defense is almost always part of the solution” to paying down the deficit, Harrison said. This means expect a return to spending caps, called sequestration, as happened in 1986 and again in 2011 with the Budget Control Act.

The days of the 3 percent to 5 percent real growth above inflation in the defense budget are numbered, he predicted.

Harrison said what also has not been figured into Congress’ calculations is the pandemic’s impact upon overall readiness. “There will be a readiness hit — canceled exercises or training or some daily operations.” The effect is also being felt on recruiting and in boots camps and the services’ schoolhouses. Some activities “have almost ground to a halt.”

The economic realities will force “a total re-look” at the National Defense Strategy, Eaglen said. What missions have to go will be on the table, especially considering “a [new] Budget Control Act could come as early as next year.”