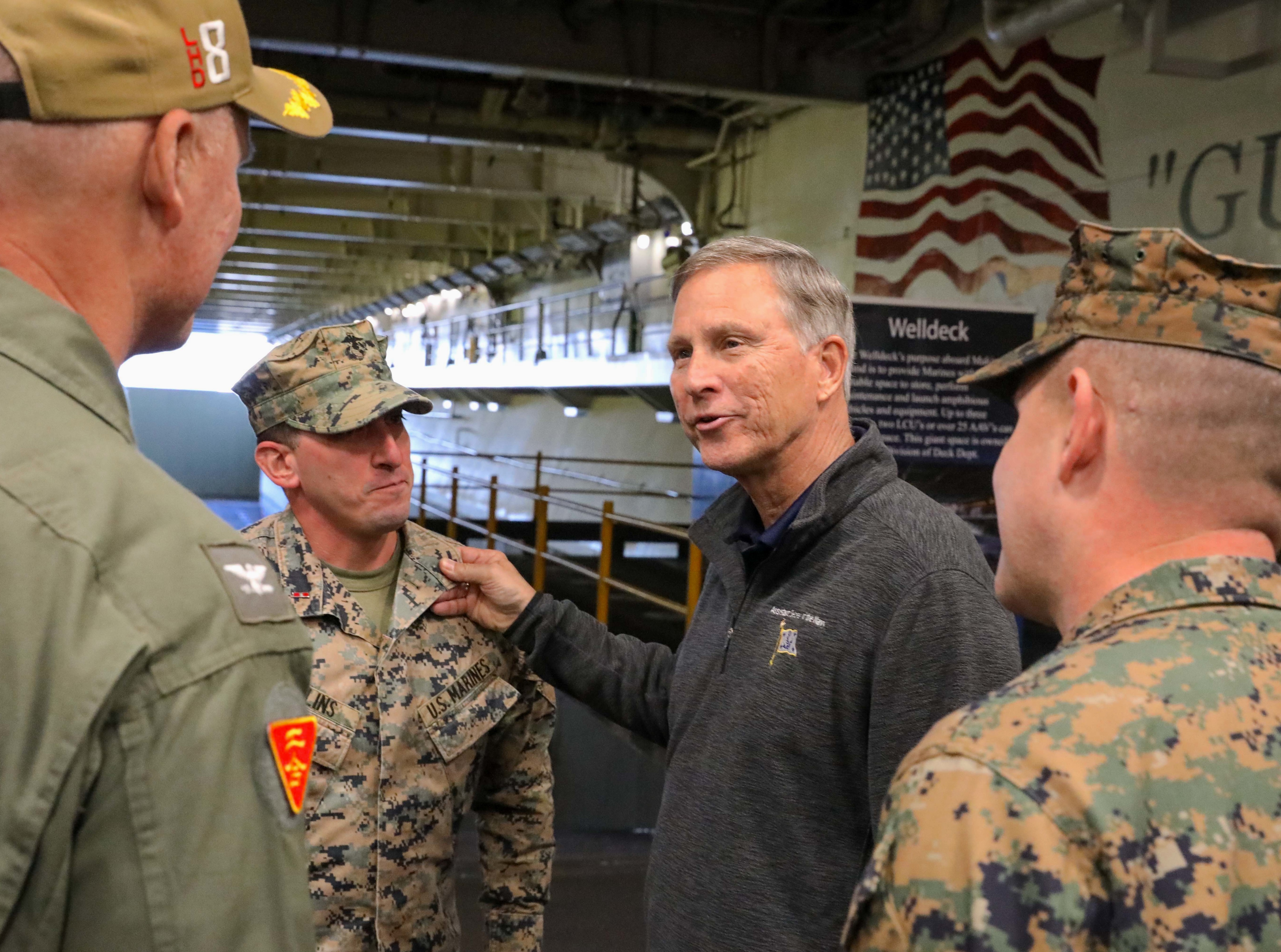 The Navy’s head of manpower is filling in as the service’s civilian second-in-command, a Navy official told USNI News.

Slavonic has served in his current role since June 11, 2018. He follows Thomas Modly in the role of Navy undersecretary. Modly had also been serving as the Acting Navy Secretary since November, following the removal of the last confirmed secretary, Richard V. Spencer.

Modly resigned earlier this month over remarks he made to the crew of the aircraft carrier USS Theodore Roosevelt (CVN-71) on the removal of former commander Capt. Brett Crozier.

Since Modly’s resignation, Army Undersecretary Jim McPherson has been serving as acting Secretary of the Navy. Modly’s Senate-confirmed job, though – undersecretary – was unfilled until Slavonic’s appointment.

U.S. ambassador to Norway, retired Navy Rear Adm. Kenneth Braithwaite, has been nominated by the White House to take the top civilian position in the Navy, but it’s unclear under the current national social distancing restrictions when the Senate will be able to hold a hearing and consider the nomination.

Prior to serving as the ASN for manpower, Slavonic was the chief of staff for Sen. James Lankford (R-Okla.) and before that worked in communications for broadcast and print.

The Oklahoma native is also a retired rear admiral in the Navy Reserve.

“During his Navy career, he held four command assignments, served in combat deployments to Vietnam, Operations Desert Shield/Desert Storm, and Operation Iraqi Freedom,” according to the service. “His final assignment was as the Navy’s sixth Special Assistant to Chief of Information (CHINFO) and Director of Public Affairs Program (Reserve).”