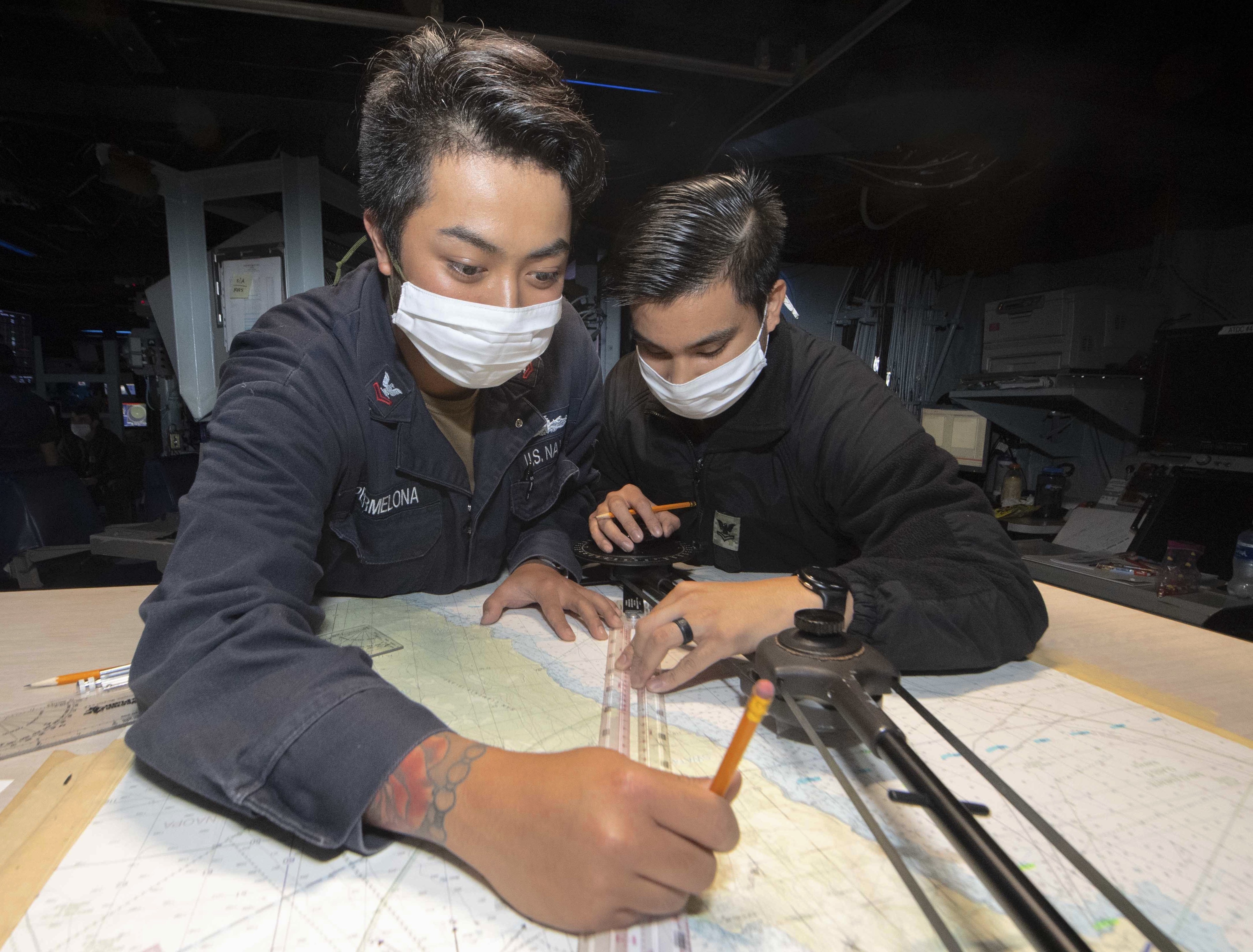 Additionally, 15 sailors have been transferred to amphibious assault ship USS Makin Island (LHD-8) to be monitored by the ship’s medical personnel, the service announced on Monday. The destroyer is currently heading to San Diego, Calif., to continue to offload infected crew and eventually disinfect the ship, a defense official confirmed to USNI News on Monday.

Kidd was taking part in a U.S. Southern Command enhanced counter-narcotics operation to disrupt the flow of drugs, which was announced on April 1.

Kidd is the second U.S. Navy ship to report having crew members who tested positive for COVID-19 while deployed. Kidd had been operating as part of the Theodore Roosevelt Carrier Strike Group until USS Theodore Roosevelt (CVN-71) was sidelined in Guam with COVID-19 cases.

Theodore Roosevelt now has 955 active cases of COVID-19 and 14 crewmembers who recovered, according to Navy sources. The Navy started re-casting how it evaluates recovered cases by only counting an individual as recovered after having two successive negative COVID-19 tests.

Navy-wide, the force has 1,327 current COVID-19 cases, 331 sailors who recovered from the sickness, and one sailor, from Theodore Roosevelt, who died because of COVID-19, according to the Navy.

The Navy sidelined Theodore Roosevelt in Guam as it scrambled to move a majority of crewmembers off the ship and into quarters on base and in local hotels to stop the spread of COVID-19 by enabling social distancing in a way that’s not possible on a ship.

The Navy ordered Makin Island to rendezvous with Kidd in the Eastern Pacific over the weekend to help contain the spread of COVID-19. Makin Island has an embarked fleet surgical team, an onboard intensive care unit, ventilators and COVID-19 testing capability.

Makin Island and other ships of the Makin Island Amphibious Ready Group started operating off the California coast earlier this month. The ARG recently completed a Surface Warfare Advanced Tactical Training (SWATT) exercise but is remaining at sea to limit the risk of exposing crew members to COVID-19 while ashore.