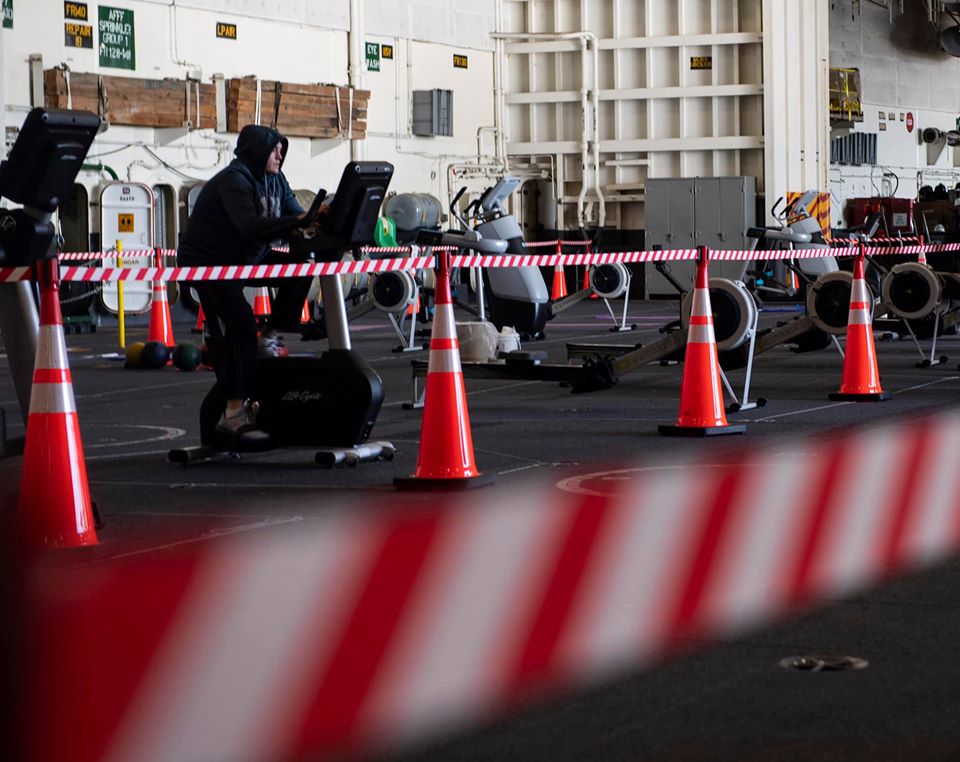 Twenty-six of the Navy’s battle force ships have reported at least one positive COVID-19 case as of Thursday, as the Navy enhances efforts to stop transmission of the sickness, Navy sources told USNI News.

Throughout the fleet, these ships have reported having at least one sailor who tested positive for COVID-19 since the start of the outbreak in the U.S., a Navy official confirmed to USNI News on Thursday. With the exception of the outbreak on USS Theodore Roosevelt (CVN-71), none of the ships with reported cases are deployed.

Of those ships, crew members on 14 ships have recovered from the illness. Citing operational security concerns, the Navy, in line with the rest of the Department of Defense, is not announcing individual ships, bases or units with members who have tested positive for COVID-19.

However, 16 sailors assigned to Japan-based aircraft carrier USS Ronald Reagan (CVN-76) have tested positive for the virus as of Thursday, a Navy official confirmed to USNI News. Reagan is currently in port during a maintenance period.

The Navy is taking measures to stem the spread of COVID-19 through Reagan‘s crew as the carrier prepares for a deployment with the Reagan Carrier Strike Group scheduled for later this year. Reagan crew members were ordered into an isolation period for the remainder of the carrier’s ongoing maintenance period. The crew will be sequestered to either the ship or to barracks ashore. About a third of the crew will be aboard at any given time.

The Navy is also taking similar COVID-19 preventative measures with the nearly 8,000 sailors assigned to the Nimitz Carrier Strike Group. The Navy secured enough COVID-19 testing kits to evaluate all crew members before the CSG departs. All crew members are remaining in their current locations until the Navy verifies there are no confirmed positive COVID-19 cases, Navy officials previously told USNI News.

The Navy has steadily been adapting its operations to protect crew members from COVID-19 as more testing kits have been acquired. The Navy is trying to avoid a repeat of the scenario that sidelined Theodore Roosevelt in Guam with more than 700 positive COVID-19 cases, 11 hospitalizations and one death. Most of the crew is confined to rooms on the base or in hotels on Guam.

President Donald Trump announced during a media briefing Wednesday that the squadrons would perform in air shows over cities during the next several weeks. Dates and locations were not announced.

The Blue Angels’ next scheduled performance is June 13 during the Chippewa Valley Air Show in Eau Claire, Wisc., according to the Blue Angels. The Thunderbirds’ next scheduled performance is the same weekend at an air show in Ocean City, Md., according to the Thunderbirds. It is unclear if any of those air shows would be able to continue as planned due to state and local measures to prevent the spread of COVID-19.