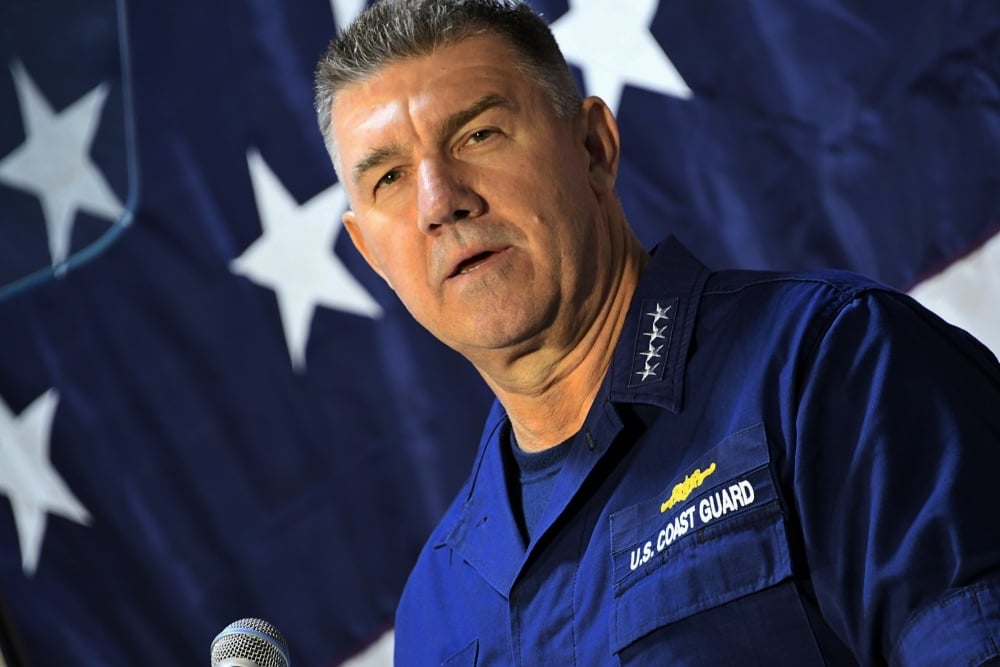 The Coast Guard’s new range of missions during the COVID-19 global shows how the service is in need of key modernization programs, Coast Guard commandant Adm. Karl Schultz said on Monday.

For example, the pandemic “just validates the urgency” in upgrading the Coast Guard’s information technology infrastructure. Schultz stressed the need for greater connectivity with cutters and also mobility to handle fast-moving crises, he said at the Navy League’s virtual Sea-Air-Space conference, which is taking place this week online in lieu of the annual meeting in National Harbor, Md.

In other parts of the service, a planned $1.7 billion effort to modernize shore infrastructure is stalled as Congress is focused on pandemic relief. “I think we’re making some progress” on Capitol Hill, Schultz said. “I believe the narrative is resonating,” but he said this work cannot be constantly kicked down the road and will need to be addressed when the COVID-19 outbreak is contained.

Schultz said this year there has been “really strong support of recapitalization” of the Coast Guard’s fleet, from the National Security Cutters to the Fast Response Cutters, on Capitol Hill and in the administration.

He reported the Offshore Patrol Cutter program is progressing at Eastern Shipbuilding in Panama City, Fla. The yard was devastated by Hurricane Michael in October 2018, causing it to shut down operations. Many of its skilled workers left the Florida Panhandle to look for jobs elsewhere. This combination of events set the building program back at least a year for the first three hulls of the class. In December, the service announced it would recompete the contract for the follow-on cutters.

On aviation acquisition, Schultz expects to continue “to drive the number northward” in the Coast Guard’s buy of MH-60 Jayhawks to replace the aging MH-65 Dolphins in its rotary-wing inventory.

As for increased operations in the Indo-Pacific, he pointed to the growing number of partnerships the Coast Guard has with nations there as a sign that its long involvement will continue. “It’s the ability to partner at the local level” in nations like Sri Lanka, Vietnam, the Philippines and Malaysia that extend the service’s influence across such a vast area.

Schultz and Adm. Doug Fears, assistant commandant for response policy, who spoke later during the virtual conference, said the Coast Guard’s presence reassures other nations that the United States is committed “to free and open seas” and upholding the standards of international law.

Fears said the biggest challenge to meeting the demand for increased Coast Guard presence there and globally “is simply capacity … in ships and aircraft” and Coast Guardsmen. “We have global reach” in transiting the Taiwan Strait, enforcing fishing laws in the Northern Pacific and working with its island nations or with West African maritime services to build their capacity to secure their Exclusive Economic Zones against poachers and traffickers.

“We operate on that continuum below lethality” that other nations welcome, Schultz said.