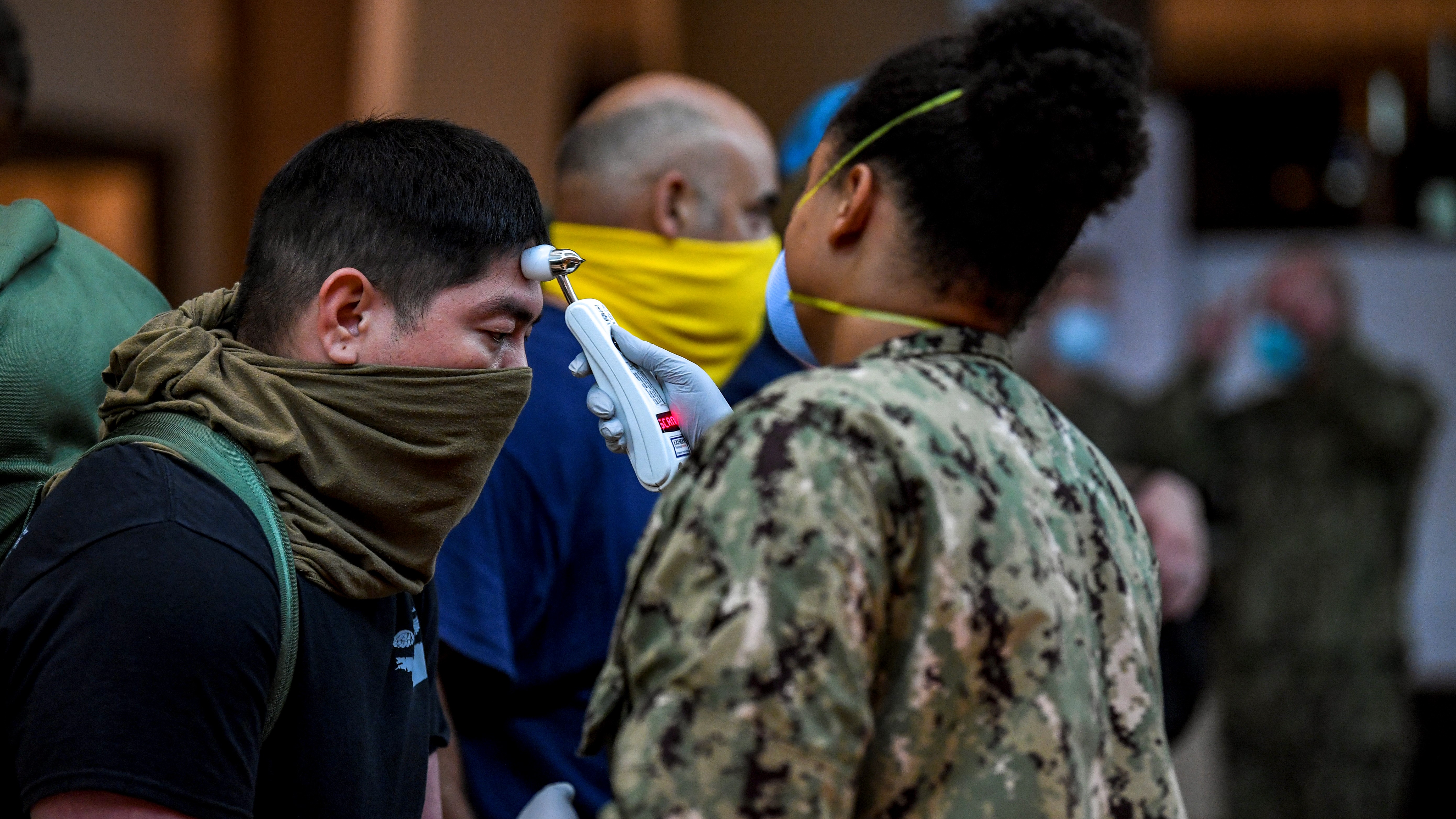 Sailors assigned to the aircraft carrier USS Theodore Roosevelt (CVN-71) who have tested negative for COVID-19 and are asymptomatic are at local hotels in an effort to implement social distancing and stop the spread of COVID-19 on April 7, 2020. US Navy Photo

The post has been updated with new numbers of COVID-19 cases on USS Theodore Roosevelt (CVN-71).

A sailor assigned to carrier USS Theodore Roosevelt (CVN-71) is in intensive care as a result of complications from a COVID-19 infection, Navy officials have confirmed to USNI News.

The sailor was in isolation when he was found unresponsive in their room in the Naval Base in Guam during a 14-day isolation period and was admitted to Naval Hospital Guam on Thursday local time, read a statement from the service.

“The sailor tested positive for COVID-19 on March 30,” a Navy spokesman told USNI News in an emailed statement.
“More details will be released when they become available.”

As of Thursday, USS Theodore Roosevelt crew have been tested for COVID-19, with 416 positive cases so far and 3,170 negative results, the Pentagon said in a Wednesday statement. Of those that have tested positive, 187 were symptomatic and 229 were asymptomatic.

The carrier was sidelined in Guam in late March after the service discovered a COVID-19 outbreak in the ship that quickly spread throughout the crew.

The following is the complete statement from the service.
A U.S. Navy Sailor assigned to USS Theodore Roosevelt (CVN 71) was admitted to the Intensive Care Unit (ICU) of the U.S. Naval Hospital Guam April 9. The Sailor tested positive for COVID-19 on March 30 and at the time of hospitalization was in a 14-day isolation period on Naval Base Guam. More details will be released when they become available.