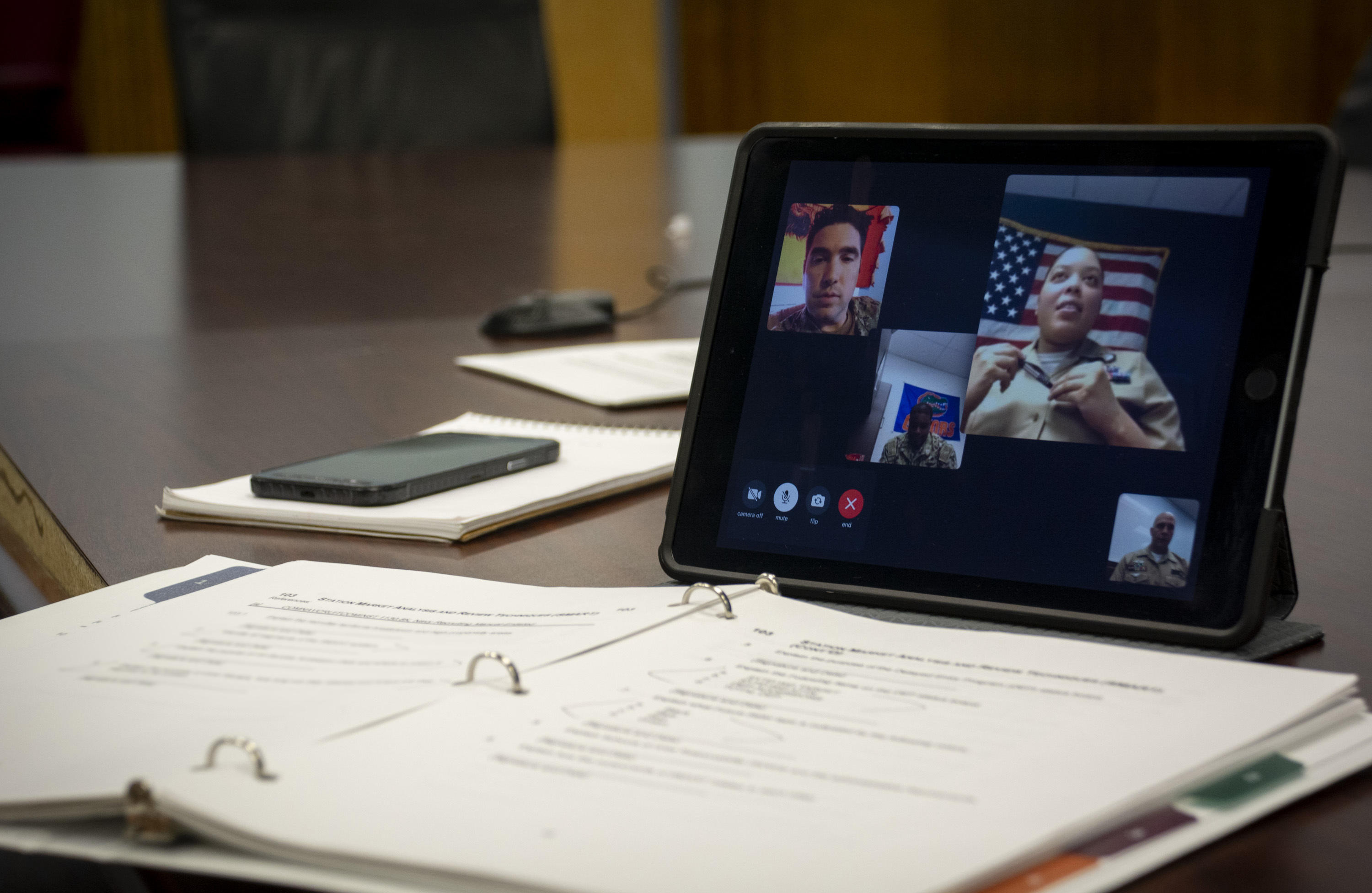 Nearly a month into encouraging a large portion of its force to work remotely as a part of a COVID-19 response, the Navy is pushing out a temporary work-around to help civilian and military personnel accomplish their tasks while away from the office and despite an overloaded network.

The CVR is a limited, cloud-based, platform for the Department of Defense. The communication and collaboration tool is integrated with Microsoft Office 365.

“During this international health crisis, we are teleworking in unprecedented numbers, which has placed greater demand on the Navy’s network infrastructure,” Joe Gradisher, a spokesperson for N2N6, told USNI News in an email. “Network elements and service help desks are being stressed, but we are managing demand while implementing capacity improvements.”

At the end of December, the Navy and Marine Corps had 838,348 active duty, reservist and civilian personnel, according to the Pentagon’s monthly end strength reports. However, when large-scale teleworking started, NMCI and ONE-Net could only support about 240,000 simultaneous connections on Outlook Web Access (OWA) or 40,000 connections for Virtual Private Network (VPN) access, according to the Navy.

The Department of Defense started incrementally rolling-out the temporary CVR to its entire workforce on March 27. The roll-out is continuing and will ultimately include all active duty, reserve, National Guard, civilian and contract personnel. CVR will remain available for the duration of the COVID-19 national emergency. All users will be required to migrate critical working documents and official records to an approved storage platform.

“The Department of Defense has created the Commercial Virtual Remote (CVR) Environment to support the Department’s move toward a large-scale telework posture in response to the COVID-19 National Emergency,” Air Force Lt. Col. Robert Carver told USNI News in an email. “CVR provides DOD teleworkers with Microsoft Office 365 to facilitate continuity of operations. CVR will only handle unclassified information and will consist of content generation and collaboration tools, including Word, Excel, PowerPoint, and Teams that are integrated with Microsoft OneDrive cloud storage capability.”

With more personnel working remotely, though, the Navy is warning everyone to take caution when accessing government networks. Another NAVADMIN from Kohler detailed precautions to take. For example, if a government-issued command access card (CAC) reader is used on a personal computer at home, that CAC reader is never again allowed to be used with a government-issued computer.

“Getting the job done at the expense of information security is unacceptable,” Kohler wrote in an earlier NAVADMIN detailing security measures to be taken while teleworking. “It is better that work be delayed than be done in a way that compromises information.”