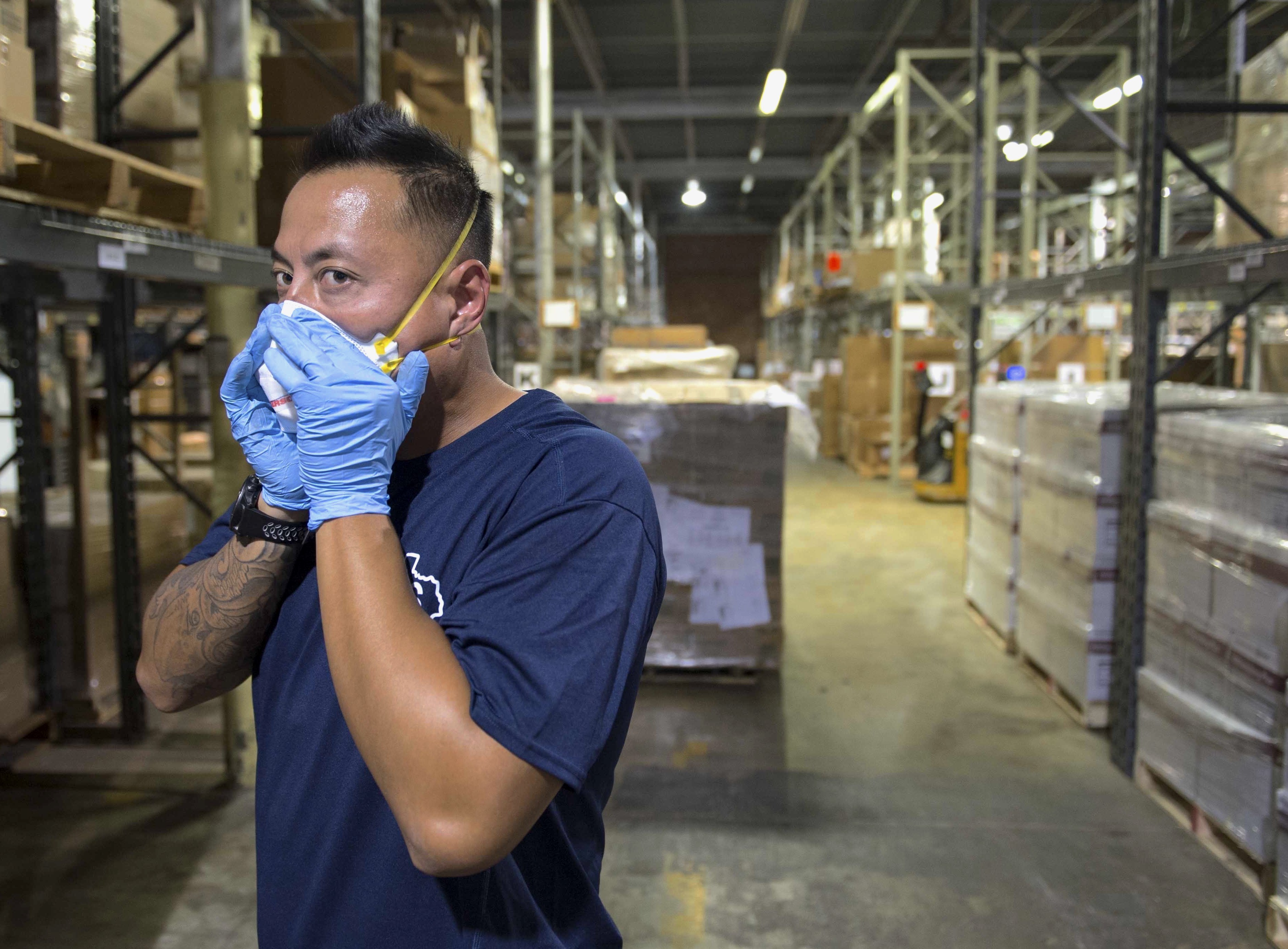 While unprecedented in the scope of directed spending, the billion-dollar authority federal agencies now have under a Korean War-era law will speed the production of needed pharmaceuticals, medical equipment and supplies necessary to contain the COVID-19 pandemic, a Heritage Foundation expert on the Defense Production Act’s scope said on Thursday.

The law makes clear to a manufacturer the government order for masks or anything else “comes before any other customer,” said retired Army Lt. Gen. Thomas Spoehr, the director of Heritage’s Center for National Defense, during a Heritage Foundation webinar.

The Pentagon traditionally has been the most frequent user of it but in buys of $50 million or less.

To make the point more emphatically with the private sector and inside the government itself, there are priority ratings as to what comes first. Defense Secretary Robert Gates took that step in ordering the production of MRAPS (mine-resistant, armor protected vehicles) and advanced body armor for service members deploying to Afghanistan and Iraq.

“Once the government selects, ‘you’re it,’ you’re obligated to produce,” said Cully Stimson, who moderated the session with Spoehr. He cited President Franklin Roosevelt’s order to automobile manufacturers at the start of World War II to stop turning out cars and start delivering tanks and aircraft as an example of the government ordering a change in business priorities that pre-dated the Defense Production Act.

Spoehr added now the Pentagon, Federal Emergency Management Agency, Department of Homeland Security and Health and Human Services are using the authorities under the law to buy what is needed to contain the pandemic.

The agencies are not at risk for price gouging because both agreed the price for items such as hand sanitizers or ventilators is already listed in the General Services Administration’s manuals of federal purchasing.

During the most recent example of the act being implemented, General Motors ordered by name to partner in the production of ventilators, Spoehr said the move likely was influential in “persuading some companies sitting on the sidelines to get in the game.”

Generally, he and Stimson both said voluntary cooperation is more effective in producing results. Stimson cited Ford and Toyota as also partnering with others on ventilators; Anheuser-Busch and Bacardi producing hand sanitizers; and a number of companies are producing N-95 protective masks.

Spoehr said an advantage lays in the act allowing the government and manufacturers “to get around the laborious contracting process.”

But there is a danger in a heavy-handed top-down approach to dealing with crises. The authoritarian approach accepts only one way to meet production goals and stifles creativity on possible efficiencies or improved products.

While useful, “the Defense Production Act is not a silver bullet,” Stimson said. In the federal system, “the states play a major role” in protecting individuals’ safety and security. “The health of the citizens is a primary responsibility of the governors.” They also have “the police powers … telling people to stay at home [or] threaten arrest or fine or jail.

But, “the states cannot order a private company to produce a product it wants” while Washington can that is where the law fills a need.

Under the federal system, Stimson said, “states are competing all the time” to attract businesses and investment. But setting priorities of where medical supplies and pharmaceuticals are needed falls under the aegis of FEMA and Peter Navarro, the administration’s top trade official.

“The federal government has got the mechanism in place to de-conflict” the competing requests from localities and states, Spoehr said. This federal oversight “allows the surge of PPE [personal protective equipment] to hotspots.”

Both expected “hot washes” of the federal government’s response to the pandemic, possibly in new legislation to handle non-defense national emergencies, although a number of those events have already been added to the existing law. In addition, General Accountability Office reports will review the performances of a number of agencies and departments with recommendations for improvements.

As to the immediate future, Stimson expected a legislative follow-up “to focus on devastation” the pandemic has dealt the economy. “Unemployment has jumped 3.4 million in a week” to more than 6.5 million workers affected by businesses, manufacturers and service providers shutting down in the wake of the COVID-19 outbreak.