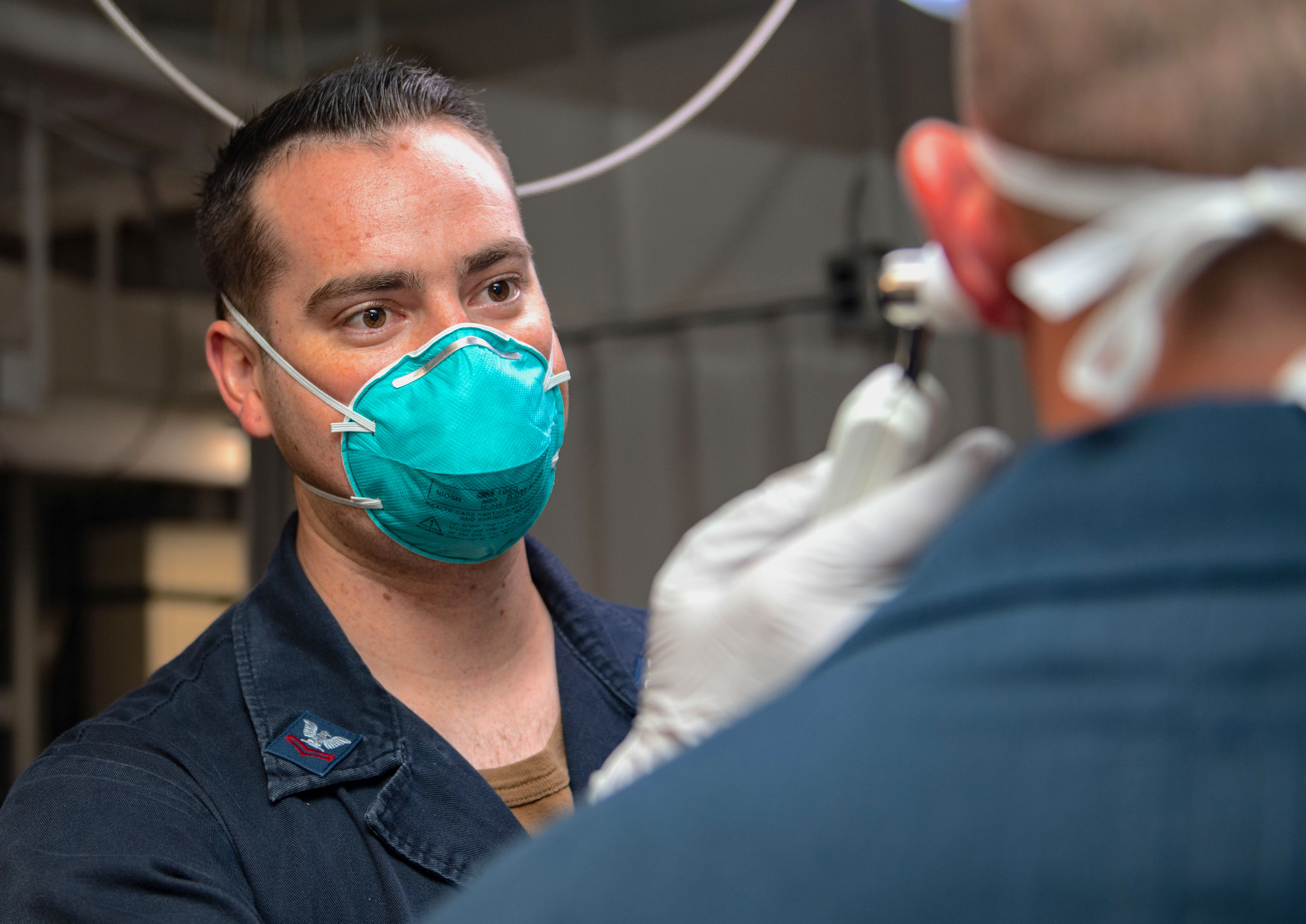 Naval Base Guam does not have the capacity to sufficiently house the bulk of Theodore Roosevelt’s crew in a way that would follow current medical guidelines for stopping the spread of COVID-19, Acting Secretary of the Navy Thomas Modly said during a briefing Wednesday with the Pentagon press corps.

“On Sunday evening, after being in port for a couple of days, the commanding officer expressed concern spaces off the ship were not sufficient to isolate at the pace he thought was necessary,” Modly said.

As of Wednesday afternoon, Modly said about 24 percent of Theodore Roosevelt’s crew, about 1,273 people, had been tested. Of those tests, 93 crewmembers tested positive for COVID-19, and 86 of these crewmembers are exhibiting symptoms, with seven not showing symptoms yet. An additional 593 tests were negative and the Navy is still waiting for results on the remaining tests. On Wednesday, the service reported a total of 243 have tested positive for the virus.

All sailors who tested positive for COVID-19 are restricted to the Navy base and are receiving medical treatment from the base hospital. These sailors are isolated in single rooms, with private bathrooms, and receive daily medical checks to track their condition, according to Navy officials.

“We have accelerated testing and are deep cleaning all the spaces on the ship,” Modly said. “We’re providing the commander officer what he requested and are doing our best to accelerate the pace wherever we can.”

Chief of Naval Operations Adm. Michael Gilday explained during Wednesday’s briefing that Crozier’s memo detailed his requirement was for a faster pace than the chain of command had anticipated. 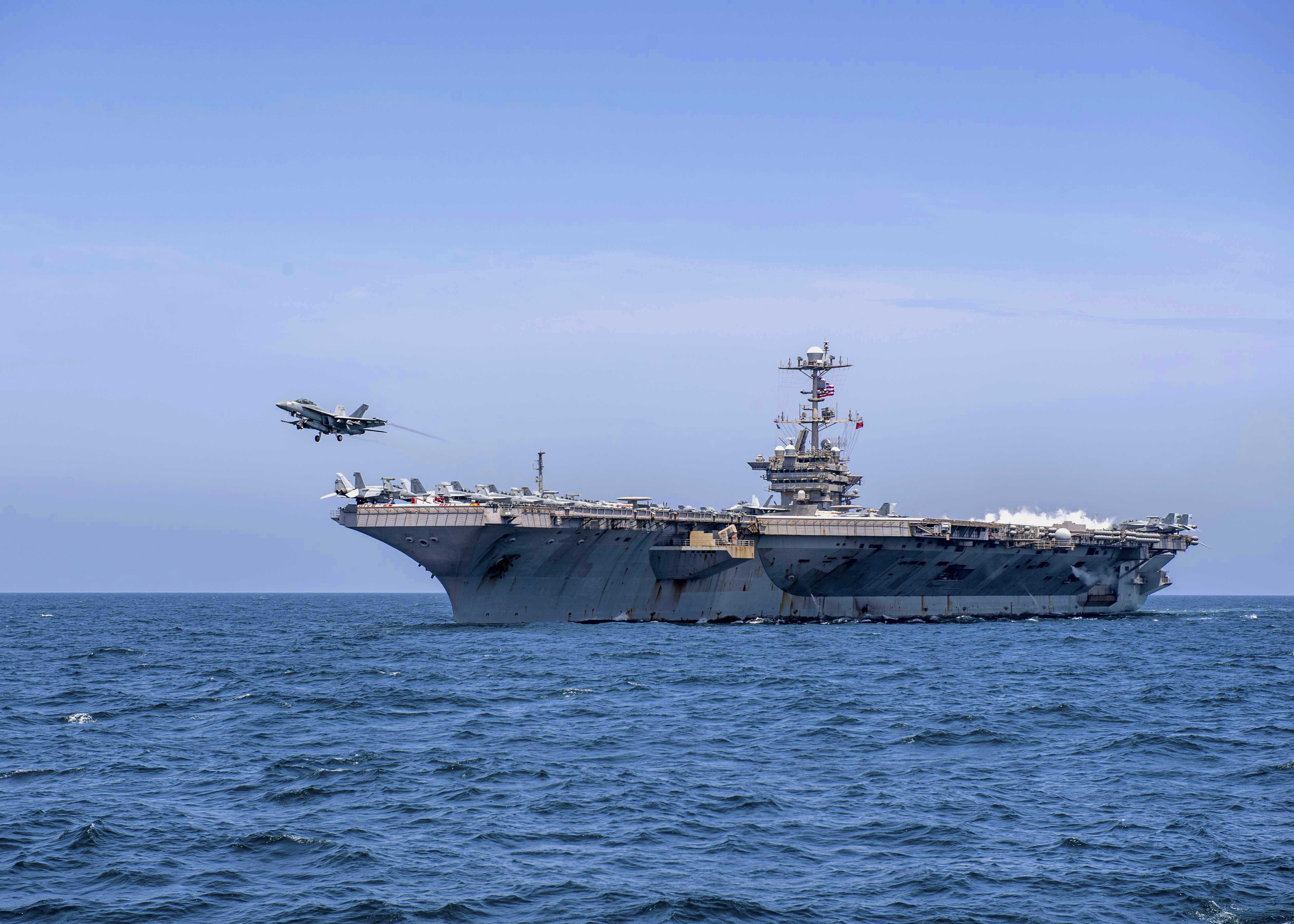 An F/A-18F Super Hornet, attached to the ‘Fighting Checkmates’ of Strike Fighter Squadron (VFA) 211, takes off from the flight deck of the aircraft carrier USS Harry S. Truman (CVN-75) on March 21, 2020. US Navy Photo

By the end of the week, Modly said about 2,700 Theodore Roosevelt crew members should be off the ship, staying either on the base or in hotels. According to the Guam Visitors Bureau, the island has 8,860 hotel rooms.

“One thing I also want to emphasize is we cannot and will not remove all of the sailors off the ship,” Modly said. “And that’s not what the commanding officer requested either nor the medical team. Our plan was always to remove as much of the ship’s crew as we can while maintaining the ship’s safety.”

“Only sailors testing negative for COVID-19 will be housed in the vacant Guam hotel rooms subject to a 14-day quarantine period,” Leon Guerrero said.

Additionally, all sailors quarantined in local hotels will undergo daily medical checks and will not interact with hotel staff, Leon Guerrero said.

The Navy is working with the Guam Hotel and Restaurant Association to determine the number of vacant hotel rooms. The intent is for a maximum of two sailors per room, Menoni said.

The Navy plans to post military security forces on each floor to ensure the quarantine is followed. The sailors staying in local hotels will be under the direct control of the Navy and staff stationed in Guam will act as intermediaries between Theodore Roosevelt sailors and any hotel operations staff, Menoni said.

“All of these sailors transported off Naval Base Guam will have a negative COVID-19 test,” Menoni said. “It will be in manageable groups, transported by military personnel only.”