A Marine Corps decision to reduce the number of F-35 Joint Strike Fighters per squadron from 16 to 10 won’t lead to a cut in the total number of planes the service wants to buy just yet – but the commandant warned industry that external factors could lead to programmatic changes down the line.

In his Force Design 2030 summary, Commandant of the Marine Corps Gen. David Berger wrote that “I am not convinced that we have a clear understanding yet of F-35 capacity requirements for the future force. As a result, the Service will seek at least one external assessment of our Aviation Plan relative to [National Defense Strategy] objectives and evolving naval and joint warfighting concepts.”

Additionally, the report reads, “as described in Congressional testimony, our continued pilot shortfalls are a factor we must consider and either scale programs of record accordingly or implement a sustainable, affordable solution. Other Services face similar shortfalls. This issue has recruiting, training, and retention factors – as well as fiscal and industrial base factors – that we must consider in reconciling the growing disparity between numbers of platforms and numbers of aircrew.”

An independent assessment would likely be kicked off in a matter of months, Berger told reporters today in a media roundtable, but the Marine Corps hasn’t decided who would conduct the assessment and how long it might take. Berger did stress that the service needs to know now if it’s headed down the right path with F-35 and that the assessment couldn’t drag on for a year, for example.

“Outside external looks are helpful because there’s no ego, there’s no vested interest; it’s in the purest sense a completely objective look. So if it confirms the direction we’re headed, that’s fantastic. If it gives us some other insights, certainly that’s worth considering,” he said.

The commandant told reporters that the decision to move from 16 jets to 10 in each squadron was “not a lack of confidence in the airframe” but rather making sure “it’s manageable and embarkable on ships with us.”

Berger said of the F-35 that “there’s nothing like it” and that the uncertainty about how many jets to field per squadron and how many squadrons to aim for comes from the plane’s newness – the Marines have employed their F-35B short takeoff/vertical lift variant operationally for about three years, but there’s still a limited track record for things like readiness and maintainability.

“We may over time learn that 10 is the wrong number, it could be 11, it could be 12, I don’t know. But right now the target is good at 10. We know how to employ the aircraft in a contested environment, but some of it depends on factors we don’t control – in other words, this is an airframe, a capability on the front end of its delivery. The maintenance track record of this aircraft, we’ll just learn over time. If the maintenance readiness of the F-35 proves to be very very strong, then of course, just like any other system, you need less of them because more of them are up all the time. On the other hand, if it turns out not to be so, then you’re going to need more of them to account for the ones that are in repair, that are down right now. So we’ve more to learn over the coming years about what we can effectively operate from ship with, and maintenance availability track record of the F-35,” he said. 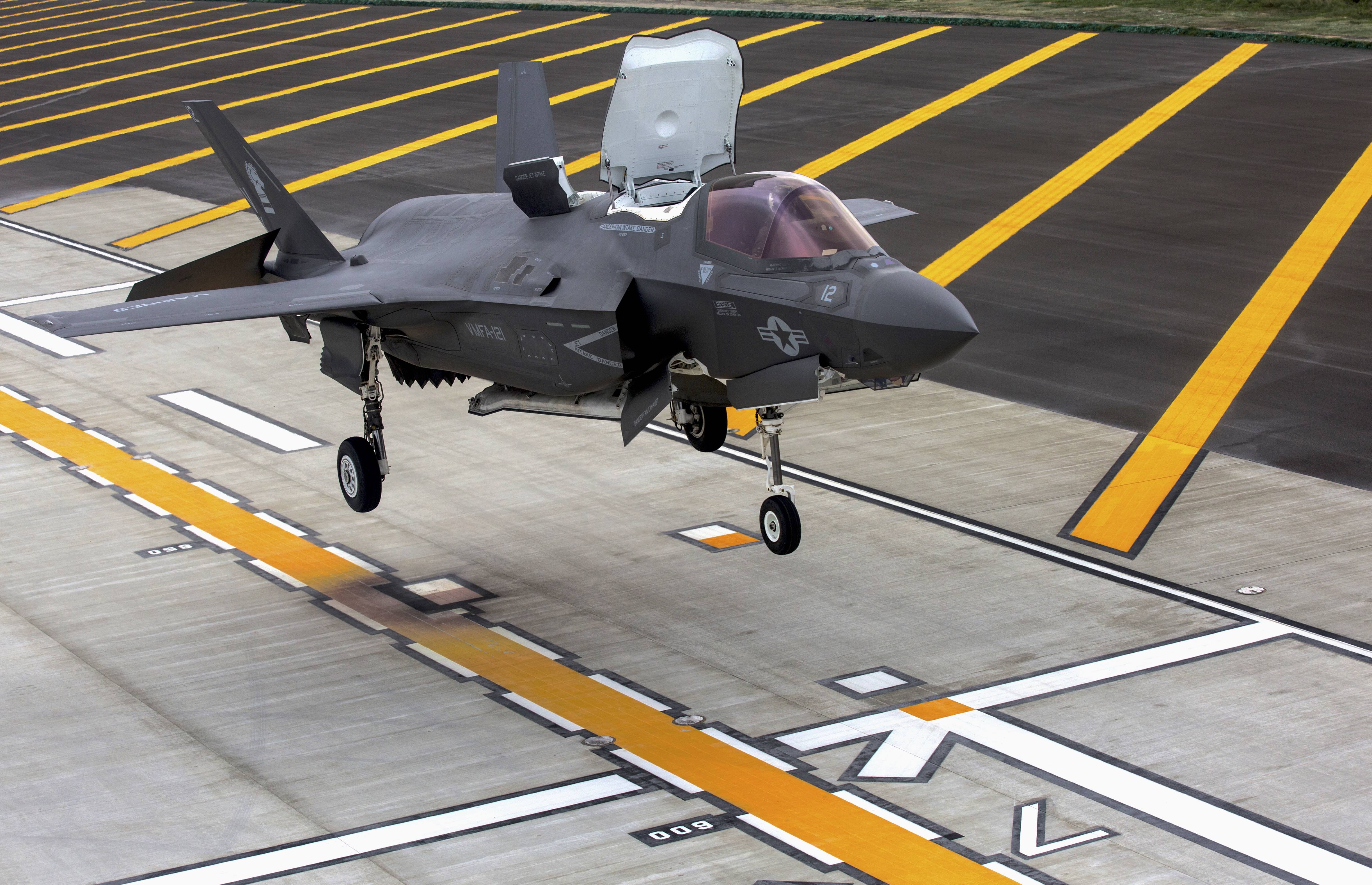 The upcoming external review will certainly influence the plans for how many F-35s to equip each squadron with and how many to buy overall.

“I’m confident in the target that we’re at right now and the aim point that we have to go to 10 per squadron. But if an external assessment, if future wargames, if we learn more about the maintenance track record of the F-35, if that causes us to change the PAA, the number of aircraft in a squadron, we should absolutely be willing to do that,” he said.
“Right now, I’m not changing the program of record. Right now the program of record plows ahead as it is. But I’m signaling to the industry, we have to be prepared to adjust as the operating environment adjusts. Right now the program of record stays the same, but we must adapt to the adversary and we must adapt to the operating environment that we’re challenged with being in.”

Despite the upcoming external review, Berger repeatedly expressed his support for the jet.

“For us, the F-35B, the ability to operate from austere airfields and ships, both incredible. In fact, in war games, one of the handful of capabilities that really causes an adversary problems, because it is so flexible, its’ employable ashore or from ship,” the commandant said.
“Game-changer is sort of an overused phrase, but I am a huge advocate of the F-35 and its capabilities.”