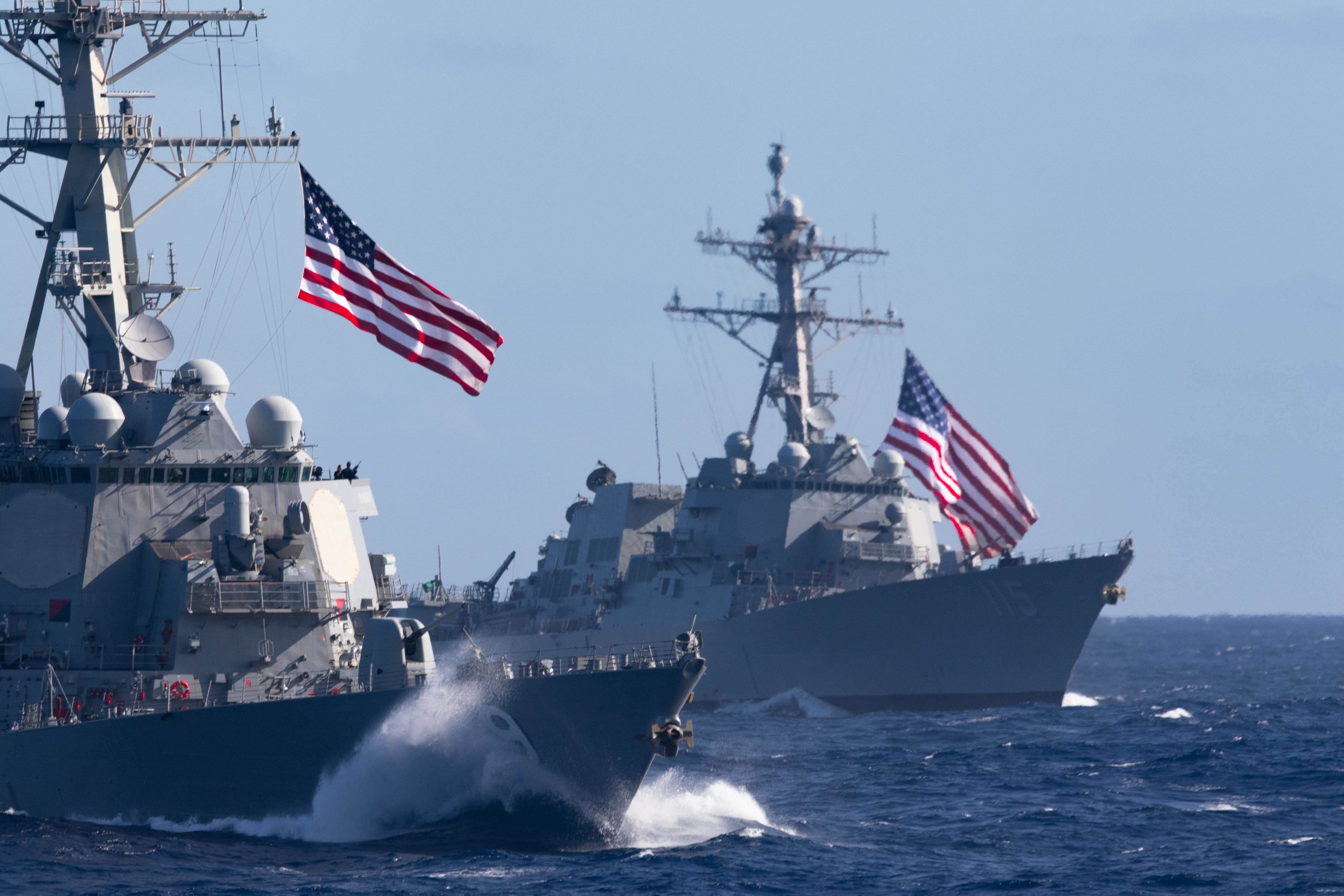 The U.S. Pacific Fleet has ordered all ships and afloat units in the 7th Fleet area of responsibility to remain at sea for 14 days between port visits, a quarantining restriction intended to limit transmission and exposure to the coronavirus, a Navy official said Thursday.

“We’ve directed 7th Fleet to schedule a minimum of 14 days from port to port,” a Navy official told USNI News.

The 14-day port restriction was imposed as a “prudent” measure, the official said. The purpose is “to protect our ports and prevent any particular spread to our allies and partners and, obviously, protect our forces.”

The order was issued late Wednesday by the Hawaii-based PACFLEET in new guidance to all 7th Fleet assets in the region, which would include any unit that falls under operational command to the Yokosuka, Japan-based fleet.

For any port visits already recently completed, the official said, a ship won’t be scheduled for another stop in port until 14 days later. “It’s going to require 7th Fleet to look at their schedules” and make adjustments to allow for that quarantine period, the official added.

The coronavirus, or COVID-19, was first identified in December in Wuhan, China, and has spread throughout Southeast Asia and across the Pacific, prompting rising pandemic fears in the U.S. and elsewhere. According to the World Health Organization, about 80 percent of infected people recover without needing special treatment, and about one of every six may become seriously ill and have trouble breathing. About 2 percent of infected people have died, WHO said.

While the official provided some details, it remained unclear how the restrictions will impact personnel moves, transfers, air support and even maintenance in the near-term that typically occur whenever ships are underway for patrols, training and other operations. The medical capabilities aboard Navy ships vary, from medical departments to independent duty corpsmen to handle health and medical issues and emergencies that arise affecting the crew and others aboard when ships are out at sea.

“They monitor sailors and naval personnel departing ships and coming aboard ships,” the official noted.

A fever, as well as a dry cough or fatigue, are among the early symptoms of the coronavirus, according to the WHO.

The move by PACFLEET is one of a handful of precautions that U.S. military officials have imposed amid concerns about the coronavirus.

On Wednesday, U.S. Forces Japan raised the “health protection condition” within its region to “Bravo” and encouraged units to consider limiting or canceling meetings, training and social gatherings to help limit transmission of and exposure to the virus.

“The overall risk to individual USFJ members in Japan remains low. However, the command encourages strict hygiene measures to reduce the risk of transmission,” USFJ officials said in a media advisory. “Those who are ill should coordinate with their organizations in order to stay home and avoid exposing others to infection.”