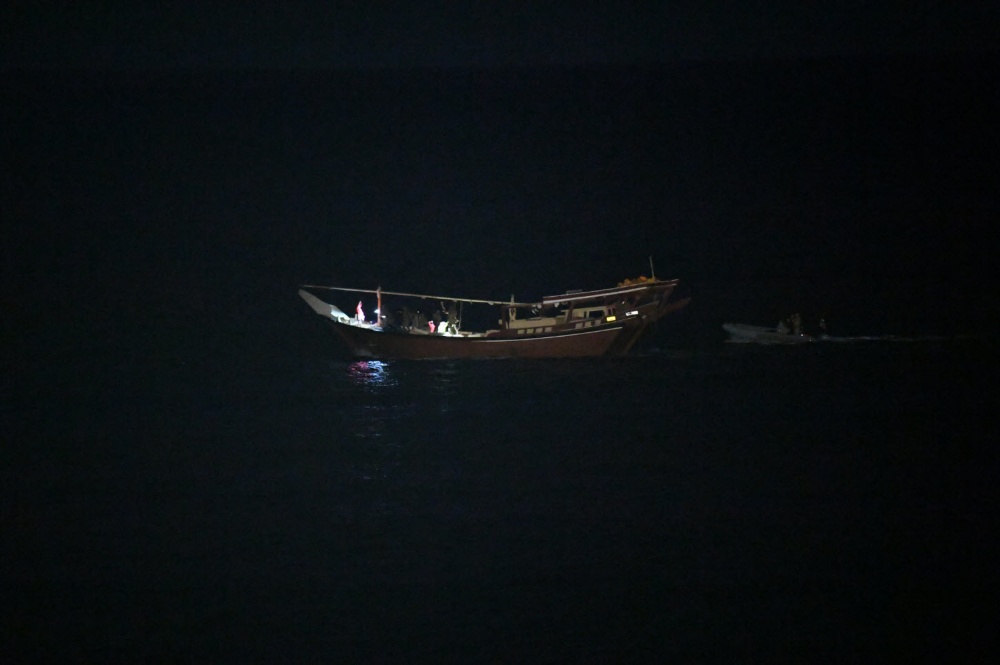 THE PENTAGON — Recognizing Iranian-backed weapons smugglers have the advantage evading U.S. patrols, and the Pentagon is taking to publicly calling out Tehran for helping fuel the ongoing conflict in Yemen.

In just the past four months, two U.S. Navy ships have stopped two shipments containing a variety of advanced weapons, many of which are Iranian-made versions of Russian designs or Iranian-designed munitions, said Navy Capt. Bill Urban, the spokesman for Central Command, during a media briefing Wednesday.

“The Houthis have used these Iranian-designed systems to conduct lethal attacks against civil, commercial and military targets on the Arabian Peninsula,” Urban said.

On Feb. 9, a cache of Iranian-made anti-tank missiles and other munitions were seized from an unflagged dhow by the USS Normandy (CG-60), which was conducting maritime security operations in the Arabian Sea.

The seized weapons include: 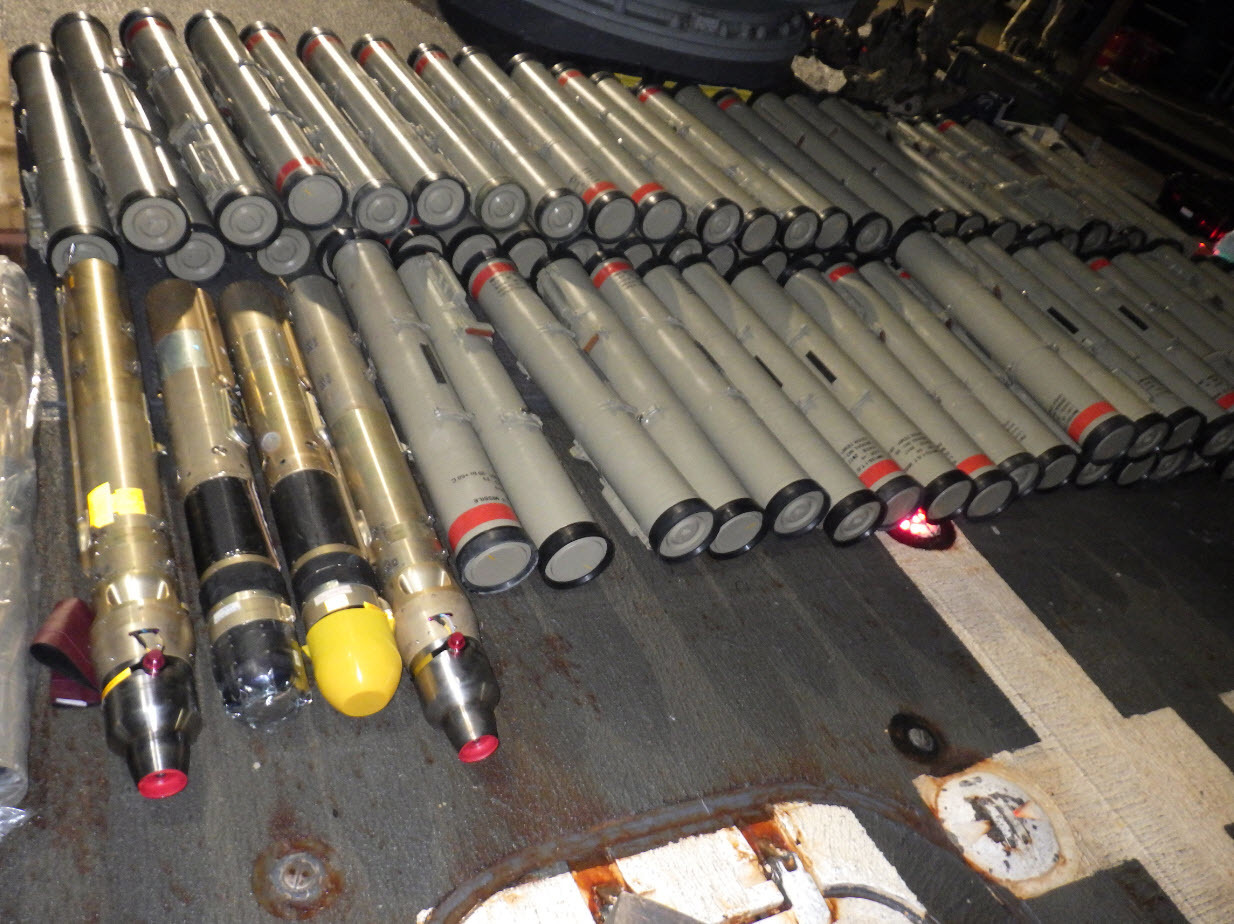 The weapons included 358 surface-to-air missile components and ‘Dehlavieh’ anti-tank guided missiles (ATGM), intended for the Houthis in Yemen, aboard a stateless dhow during a maritime interdiction operation in the U.S. Fifth Fleet area of operations on Feb. 9, 2020. US Navy Photo

“If the weapons were manufactured in Iran, then they came from Iran, and certainly 150 anti-tank guided missiles do not just walk away, they are illicitly smuggled for a purpose and that purpose is the spread of lethal assistance to the Houthis, Iranian proxies,” Urban said. “There’s not a plausible explanation for how these weapons got on the dhow without the sanction of the Iranian government. ”

The seizures are consistent with a historical pattern of Iranian smuggling of advanced weapons to the Houthis in Yemen, Urban said. The weapons seized carry tell-tale markings signifying their manufacture in Iran. The components seized are also similar to equipment found on the battlefield or after attacks.

“This includes components of the 351 land-attack cruise missile and that’s the missile used by Iran to attack the ARAMCO refineries in the Kingdom of Saudi Arabia last September,” Urban said. “We’re doing everything we can to expose the malign activities that we observe.”