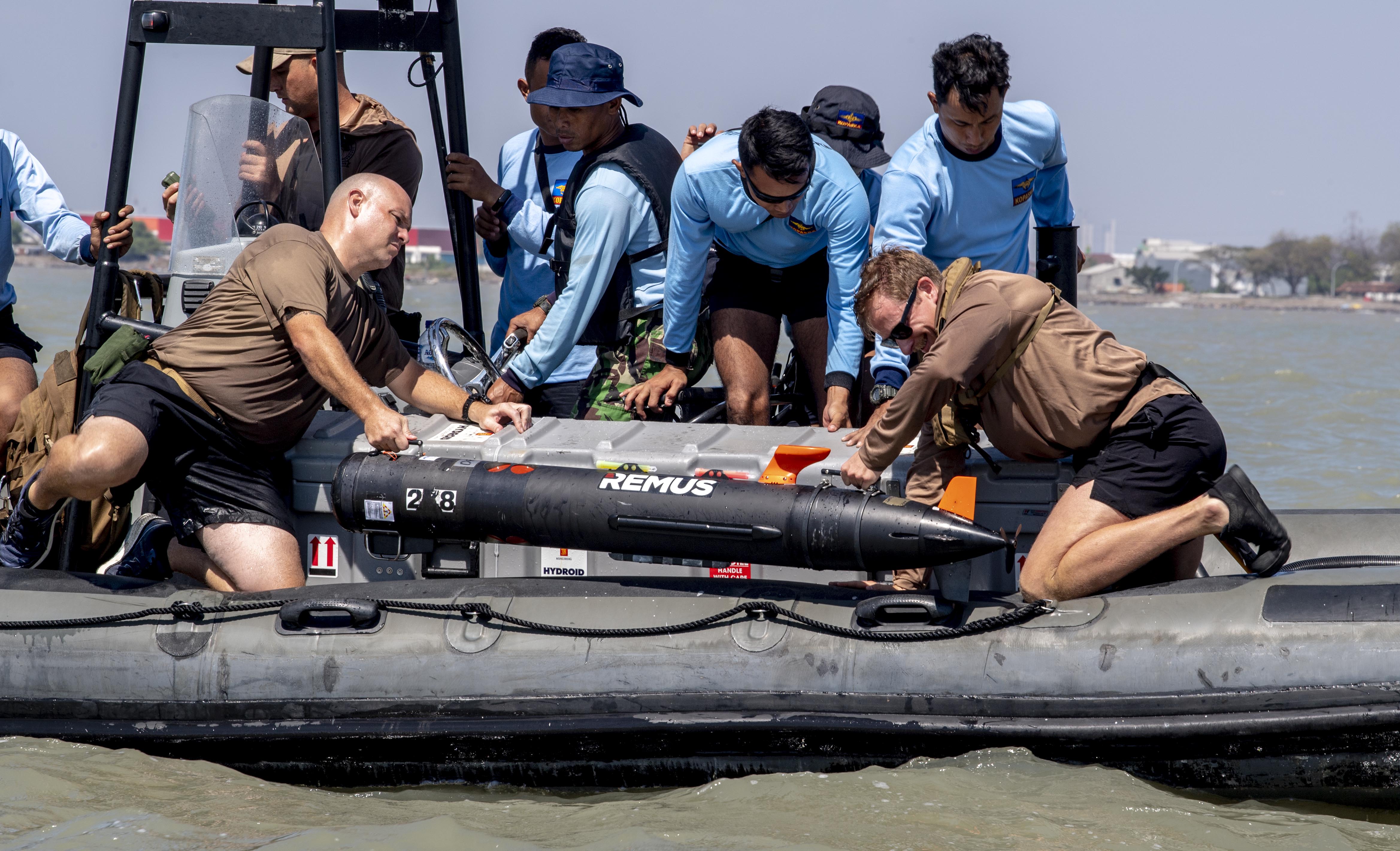 Huntington Ingalls Industries is restructuring its shipbuilding businesses to tap into the Navy’s growing demand for unmanned undersea vehicles.

The Navy will still buy the large capital ships and big-deck amphibious warships that HII has built and plans to build for decades. However, the Navy’s appetite for UUVs to amplify the presence of large manned platforms will only grow, Mike Petters, chief executive of HII, said Thursday while discussing 2019 financial results during a conference call with analysts.

With tightening government spending and a shipbuilding budget squeezed by the massive Columbia-class submarine program, Petters said the evolution is occurring now.

“I think the Navy is going to be moving towards more unmanned systems to amplify the platforms they have and see where that goes from there,” he said. “As their principal partner, we want to be right there with them and help them make that successful.”

With the prospect of the potential to land more UUV contracts in the future, Petters said HII sought to restructure its Technical Solutions business segment. The restructuring included:

“I think 15 years from now you can see a Navy that is talking a lot more about what they can and want to do undersea,” Petters said. “I just think that’s where it goes.”

Buying Hydroid is particularly significant, Petters said, because it increases HII’s UUV footprint at a time the Navy is looking to buy. The Navy plans to purchase 72 MK-18 UUVs, made by Hydroid, by 2025, according to the Navy’s FY 2021 budget request.

The Hydroid deal, expected to close by the end of March, is likely to result in high single-digit growth, Christopher Kastner, the chief financial officer of HII, said during the call.

“That’s the near-term growth rate we see in that business, so we believe it can only get better beyond that,” Kastner said.

The challenge, Petters said, is the Navy is having trouble finding existing UUVs with the capabilities it wants. He’s counting on the UUV knowledge gained from the Hydroid deal as complementing HII’s ability to build up a workforce and use its technology and manufacturing expertise to create platforms.

“The Navy is trying to match up the requirements that they see out in the world, that they feel like they need, with the ability of the industry to support it,” Petters said. “So, our view of that is we need to be on the front edge of that and help them evolve that.”

Petters, a former submarine officer and graduate of the U.S. Naval Academy, conceded during the call he has a strong belief in the value of undersea operations – both manned and unmanned. A single sub can bottle-up an entire fleet in port, he said.

“When countries can no longer buy the full navy that they want, they buy submarines because they’re asymmetric for the money that you put into them. I think that we have history that says that,” Petters said. “I don’t know if it will quite play out that way here, because presence is important, and presence actually keeps conflict from becoming hot conflict. So, I think the Navy has a great understanding of that.”