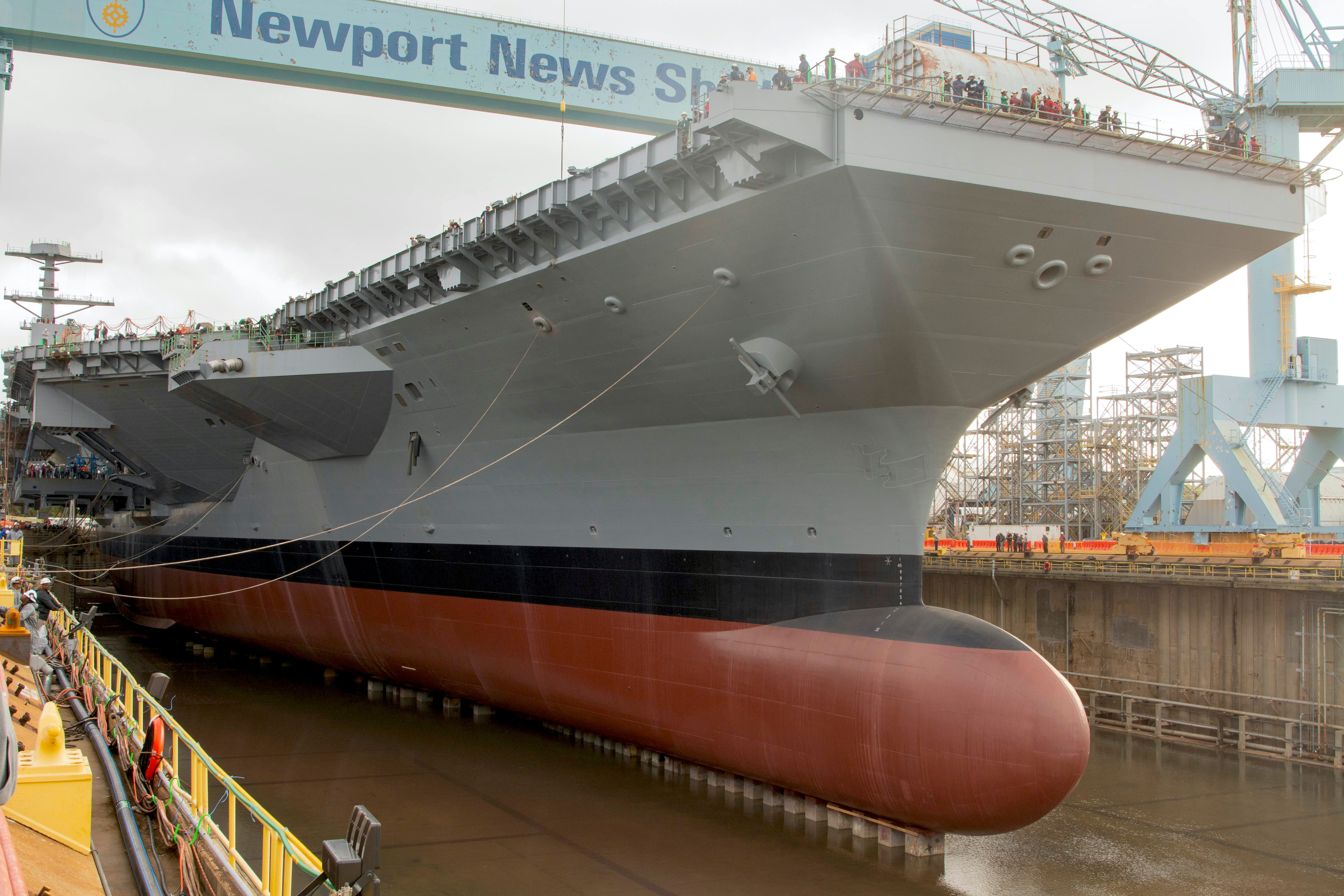 ARLINGTON, Va. – The Navy is mulling how it will accelerate adding the capability for the next Ford-class aircraft carrier to launch, recover and maintain F-35C Lighting II Joint Strike Fighters, officials said earlier this month.

Operating under a mandate from the Fiscal Year 2020 National Defense Authorization Act, the Navy is planning on how it will incorporate the eight major changes to allow the F-35Cs to operate from the under-construction John F. Kennedy (CVN-79) by the time of its 2024 delivery. Kennedy was originally set to deploy with only the current carrier airwing until modifications were added at a later maintenace availability to add F-35s.

“Modifying the ship, that takes money. The GFE systems, the landing system I need, the different way I need to maintain the F-35, that’s going to take some resources — money and time to get it done,” Capt. Philip Malone, the officer in charge of the development of the next three aircraft carriers, said at the annual Surface Navy Association conference.
“We’re evaluating what the time is to integrate those technologies on John F. Kennedy, and now I have to work the budget.”

Specifically, modifications include changes to the maintenance areas and pilot ready rooms and the installation of jet blast deflectors on the carrier deck, Malone said. Of the new equipment that’s needed, about 60 percent of it is furnished by the Navy, while the rest comes from the Newport News Shipbuilding yard that builds aircraft carriers.

These changes have already been incorporated into the costs and schedules for two future aircraft carriers, Enterprise (CVN-80) and Doris Miller (CVN-81), after they deliver in 2028 and 2032.

However, installing the capability on Kennedy will be trickier. Malone said he’s looking for opportunities to “feather in” the work as the construction continues. The NDAA language gives the Navy until the completion of Kennedy‘s post-shakedown availability, but how it will get the funds is unclear. 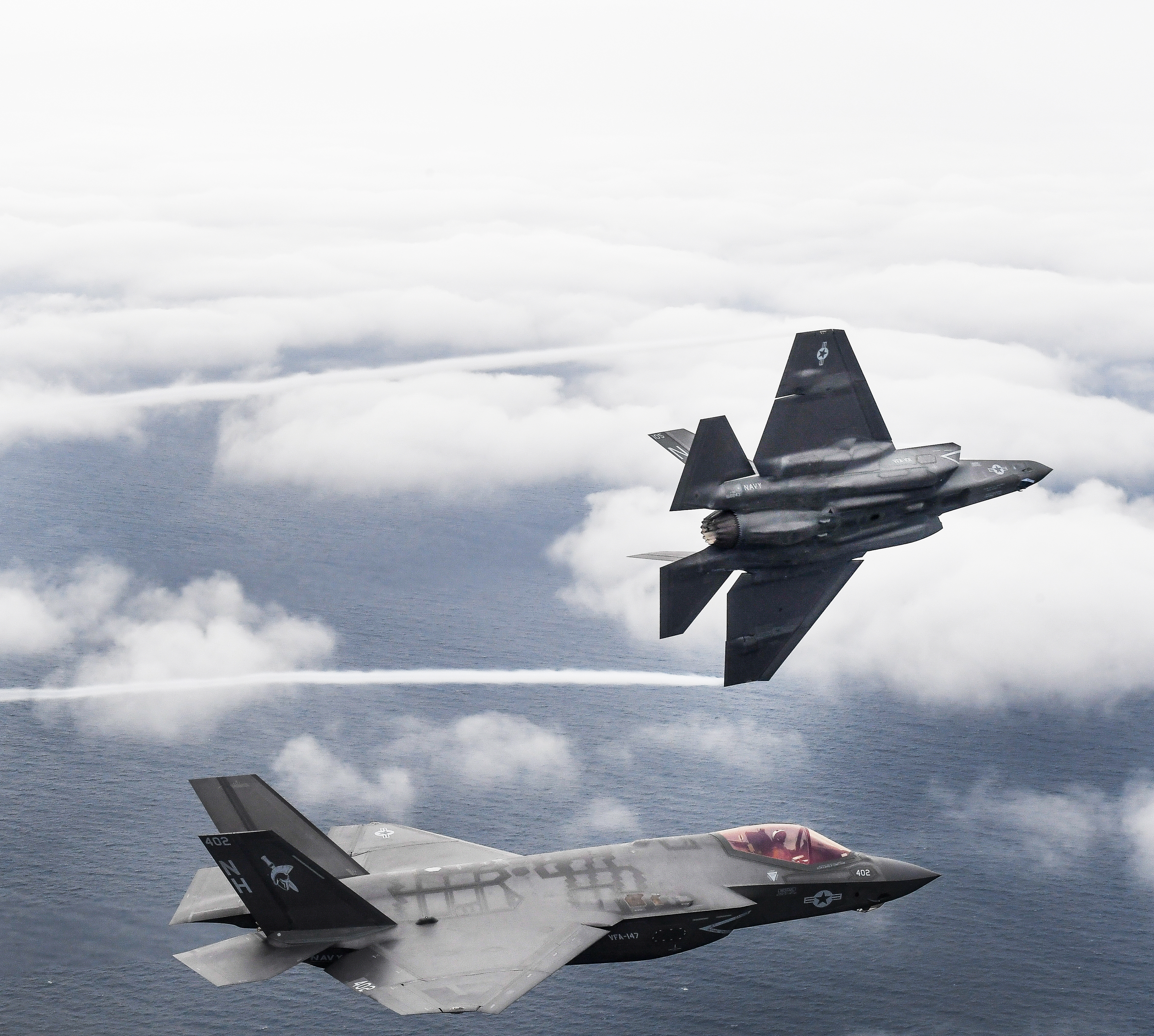 “I can be told to do something, but if I’m not given the funding to get it done, we can’t get it done,” Malone said.

“CVN-79 will not be able to deploy with F-35s when it’s delivered to the Navy as a direct result of that cost cap. So when that cost cap was imposed, the Navy traded that capability off and chose to build that back in on the back end,” the committee staffer said last year. “That’s unacceptable to our members that the newest carriers can’t deploy with the newest aircraft.”

The modifications will be considered as the Navy weighs how it will deliver Kennedy, in one phase or two.

“We were Initially looking at how you would deliver the ship over two phases,” Malone said.
“I would deliver initially from the shipbuilder, I would have safe navigation, I would be able to safely operate the propulsion plant with some limited operations with the flight deck. Meanwhile, the combat system would further develop. … We’re looking at that strategy right now if that’s the best way to do it.”

The Navy’s first F-35C unit, “The Argonauts” of Strike Fighter Squadron (VFA) 147, is expected to deploy aboard USS Carl Vinson (CVN-70) in 2021. Carl Vinson is currently in drydock at the Puget Sound Naval Shipyard and Intermediate Maintenance Facility in Bremerton, Wash., undergoing a $34.3-million dry-docking planned incremental availability, expected to be completed in July.