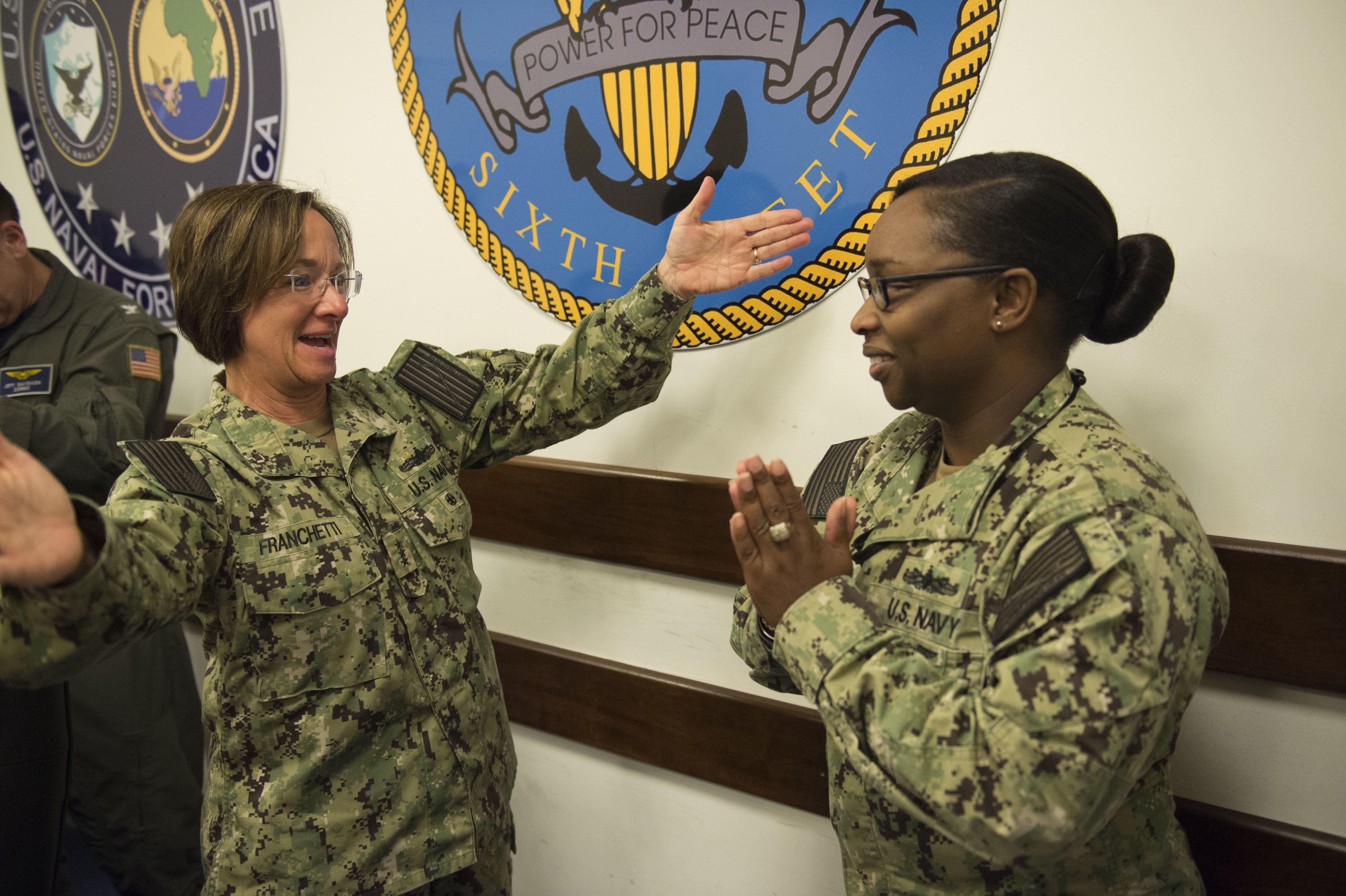 This post was updated with additional information about the Navy’s Advancement-to-Position program and Meritorious Advancement Program.

ARLINGTON, Va. — The Navy has a finite amount of money for retaining experienced enlisted sailors, so to ensure proper ship staffing, the service is increasing the number of meritorious promotions to petty officer first class.

However, ensuring ships are ready to deploy means retaining sailors now instead of waiting to train recruits. So, the service has to think of other ways to entice them to remain in uniform, Nowell said. The answer is quicker paths to promotion to petty officer first class for qualifying petty officer second class sailors.

“Twenty percent of the advancement quotas will be meritorious advancement,” Nowell said. “That means the COs that are sitting out amongst you, the command triad who has a better idea of who should advance. They are the ones making that call.”

The Navy will not advance any sailor before he or she is ready. All still must qualify for petty officer first class, E6. The difference now is advancement will not rely solely on how well a sailor does on an exam.

In 2019, the Navy started experimenting with expanding meritorious advancement with a small group of sailors, Rear Adm. Richard Cheeseman, the assistant commander of Naval Personnel Command, said at the symposium. The results of the pilot program were promising enough to expand the program.

The Navy also started using the promise of advancement for qualifying sailors who agree to take jobs in hard to fill billets through its Advancement-to-Position program.

“In December, we increased [the Advancement-to-Position] to sailors willing to forgo shore duty, to do back-to-back sea duty, in certain select billets,” Cheeseman said. “They go to that sea duty billet and did permanent advancement to E6.”

The Navy already has used the promise of a quicker path to promotion to retain sailors. In 2018, the Navy brought back the rank of warrant officer-1 (W-1) — discontinued by the Navy in 1975 — as part of a push to keep highly sought-after computer technicians who are frequently lured away by private industry. The Navy can’t compete on salary but could offer qualified sailors a quicker path to leadership positions with the warrant officer-1 rank.

The next step, Cheeseman said, is to evaluate extending the advancement programs to petty officer third class sailors.

Long-term, Nowell said the goal is to have ships, such as Arleigh Burke-class guided-missile destroyers, DDGs, fully staffed a year before deployments.