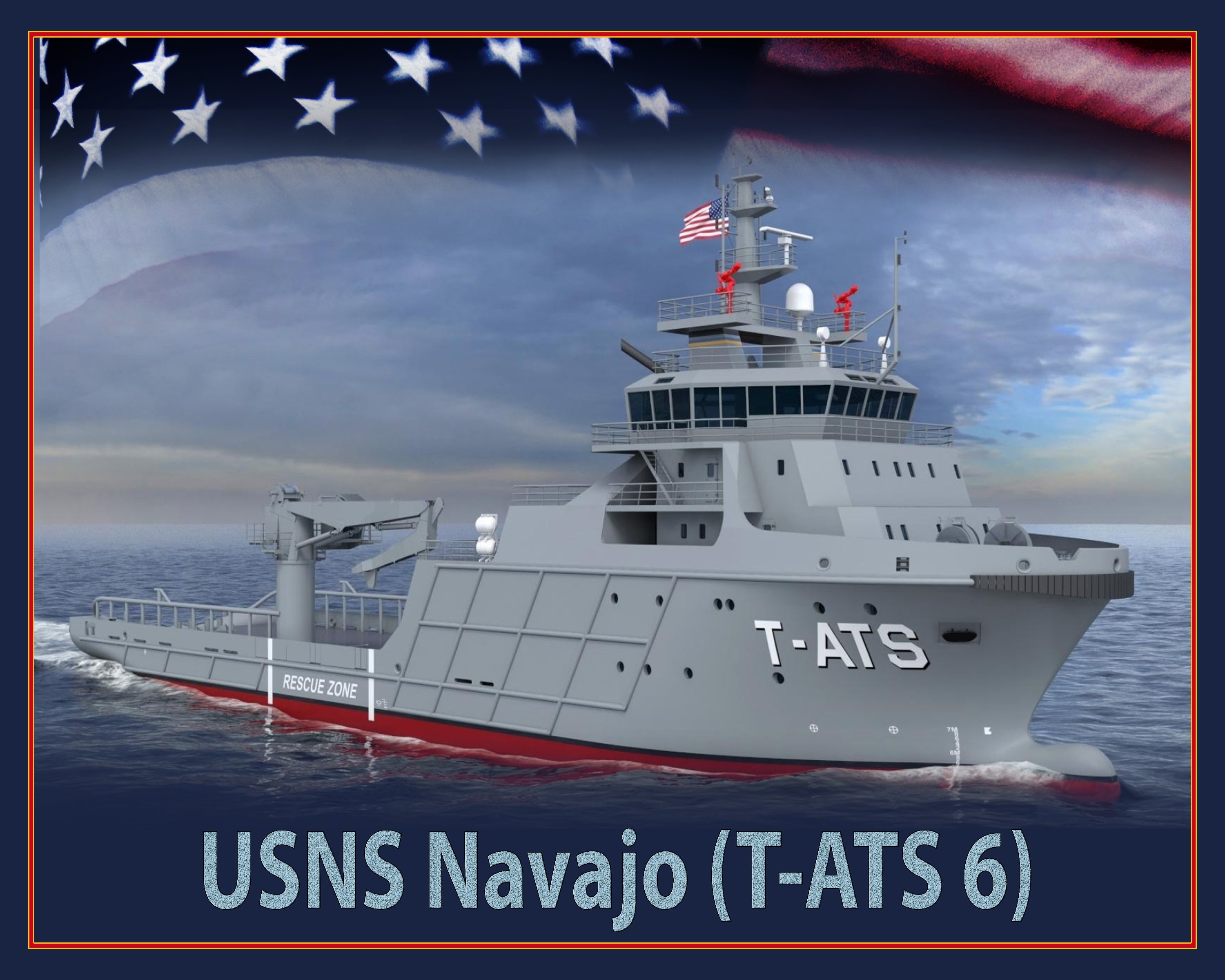 ARLINGTON, Va. — Since 2010 Navy officials expected a small pool of shipyards to bid on producing a new vessel to replace the aging fleet of Rescue and Salvage Ship-class and Fleet Ocean Tug-class.

The Navy planned to buy eight special mission ships in the USNS Navy-class T-ATS program would most likely be designed using existing commercial vessel work for starters, and laid down and delivered from yards experienced in commercial offshore salvage and towing, said Chris Paulus, the replacement effort’s program manager with Naval Sea Systems Command, on Wednesday at the 2020 Surface Navy Symposium.

“We were looking for a common hull” that was based on offshore Anchor Handling Tug Supply vessels that could carry out the range of missions from towing to oil spill response and work in wide area search and surveillance with unmanned air and undersea vehicles.

However, the Navy also planned to require the future vessels to be able to take aboard any type of containerized stand-alone systems from cyber to decoy and surveillance packages with a big deck and capable of accommodating more than its assigned crew for these new missions.

Paulus said the critical requirements said deck space had to be at least 5,000 square feet and it needed the latest dynamic positioning system to support submarine rescue. Added to those two was the “must” of being able to tow a nuclear-powered aircraft. The vessels’ speed requirement was set at 15 knots.

“That’s quite a bit of deck space,” Paul said after the briefing. The idea with that much space was the vessel “could also be used in NATO” countries for the wider variety of missions the Navy envisioned.

“There was a combination of requirements and non-mandated requirements and desired capabilities to enhance the missions,” Paulus said. Those “desired” features could be included in the yards’ response in estimating costs.

NAVSEA asked for industry studies from a few shipyards that were completed in September 2016. The request for proposals went out in March 2017.

The detail design contract went to Gulf Island Shipyards in Houma, La., in March 2018. The design is based on the Wartsila VS 4612 Handling Tug Supply (ATHS) vessel design. Paulus declined to say how many yards submitted proposals for the contract.

Last fall, nearly a decade into the program, the keel was laid in a ceremony in Houma for USNS Navajo (T-ATS 6). The Navy also awarded the yard two modified contracts for USNS Cherokee (T-ATS 7) and USNS Saginaw Ojibwe Anishinabek (T-ATS 8).

Paulus said a number of Navajo representatives attended the ceremony in Louisiana marking the beginning of construction of the 263-foot long vessel. Future vessels will also likely be named after native American tribes or prominent native American.

The eight-planned vessels are to be delivered over eight years. They will replace three T-ATF 166 and two T-ARS 50 class ships, which reach the end of their expected service lives starting this year.