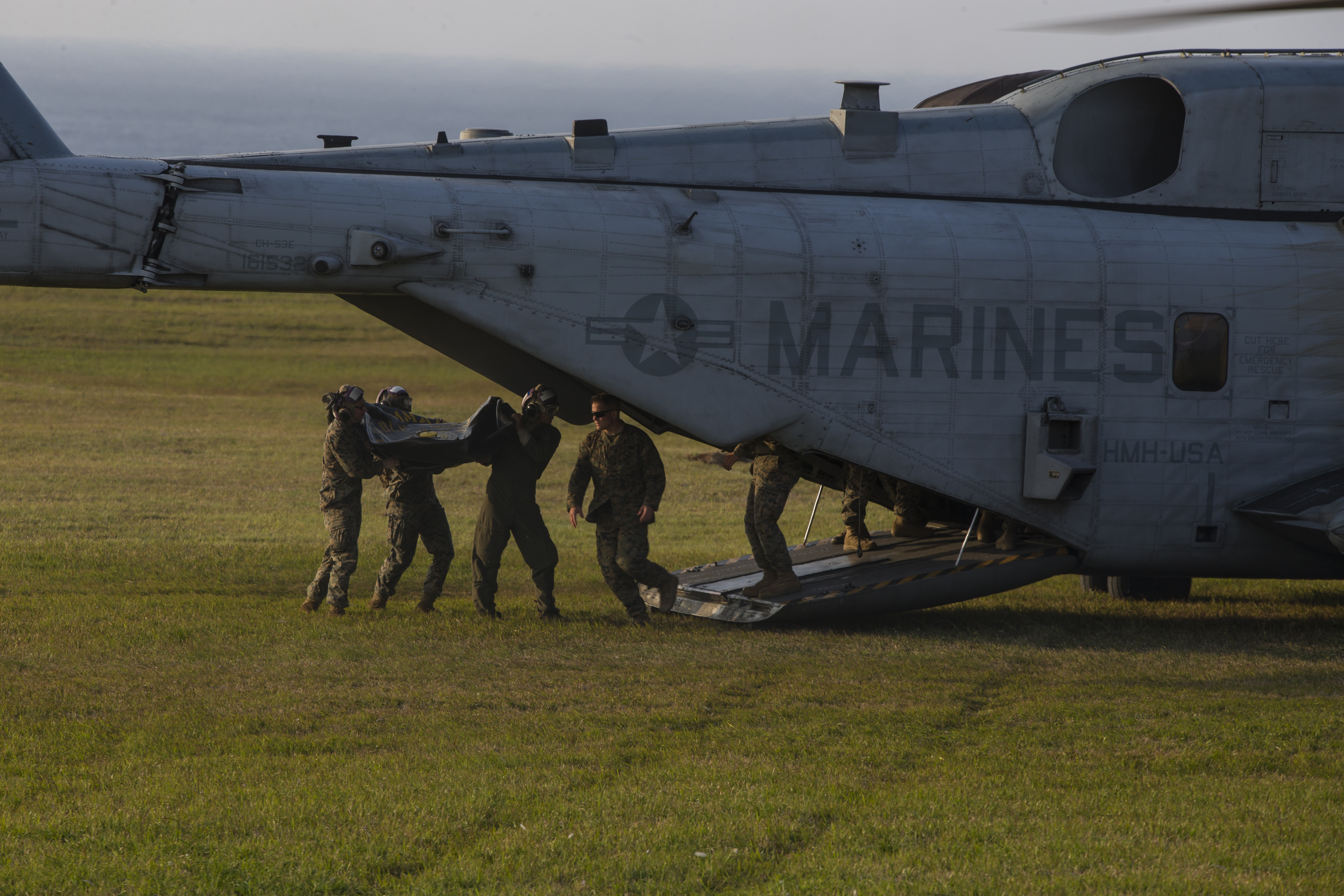 ARLINGTON, Va. — The U.S. should absorb lessons from the recent ballistic missile strikes against troops in Iraq and Kenya and put a new emphasis on fielding mobile and dispersed forces, a member of the House Armed Services Committee and former Marine said on Wednesday.

The threat from Iran’s missile forces is far less than those of China and the U.S. should take note, Rep. Mike Gallagher, (R-Wis.) said at the 2020 Surface Navy Association symposium.

“A strategy of denial will largely be on the back of the surface fleet and Marines deployed,” especially in the Pacific where China is a far more capable competitor than Iran, Gallagher said.

Having a dispersed capability in the Indo-Pacific translates into denying Beijing from having its way across the First Island Chain, the wide swath of maritime territory from near Japan to the Philippines. The National Defense Strategy calls for a shift of U.S. posture from [counterterrorism] to one of great power competition. In doing so, Gallagher said, “hinges on forward forces” to be “persistently present and dispersed.”

Patriot batteries close to Saudi Arabia oil refining and shipping facilities couldn’t deter Iran from firing cruise missiles that temporarily knocked out half of the kingdom’s production capability, he added. These attacks expose the vulnerability of fixed forward bases and infrastructure.

To operate forward effectively in this changing environment, the Department of the Navy “needs a unified concept of operations” and praised the acting secretary, new chief of naval operations and new commandant of the Marine Corps for “saying the right things” about meeting that challenge, Gallagher said.

In short, Gallagher said the need is for a 21st-century version “Patton’s Ghost Army,” a force that didn’t exist but had Gen. George Patton named as its commander to deceive the Germans during World War II. The “Ghost Army” was designed to hide when, where and size of the invasion force of Europe that would ultimately take place on D-Day in June 1944.

Examples to consider, he said, would be small boats doing guard duty on maritime chokepoints, developing new classes of re-supply vessels and moving Marines about in-theater. Dummy containers capable of carrying intermediate-range missiles, could be moved around with and without weapons to make an enemy’s targeting decisions more difficult.

In practice today, such a commitment would “re-assure allies that a Chinese first strike would not succeed” in keeping the Americans at bay in a conflict. “It would provide time” for the follow-on forces from carrier strike groups to amphibious readiness groups and Army forces to arrive.

The problem: “all it is now is a rhetorical commitment” to this radical change in top-down integration from budgeting to planning for structural integration inside the department, he said. It also draws attention to the divides among the Pentagon, the Office of Management and Budget and Capitol Hill on setting spending priorities that conform to the new strategy.

“I think we [supporters of the Navy in Congress] understand how difficult this change will be,” Gallagher said in answer to an audience question. “History is full of navies that failed their countries” in adapting to changing threats, he added.