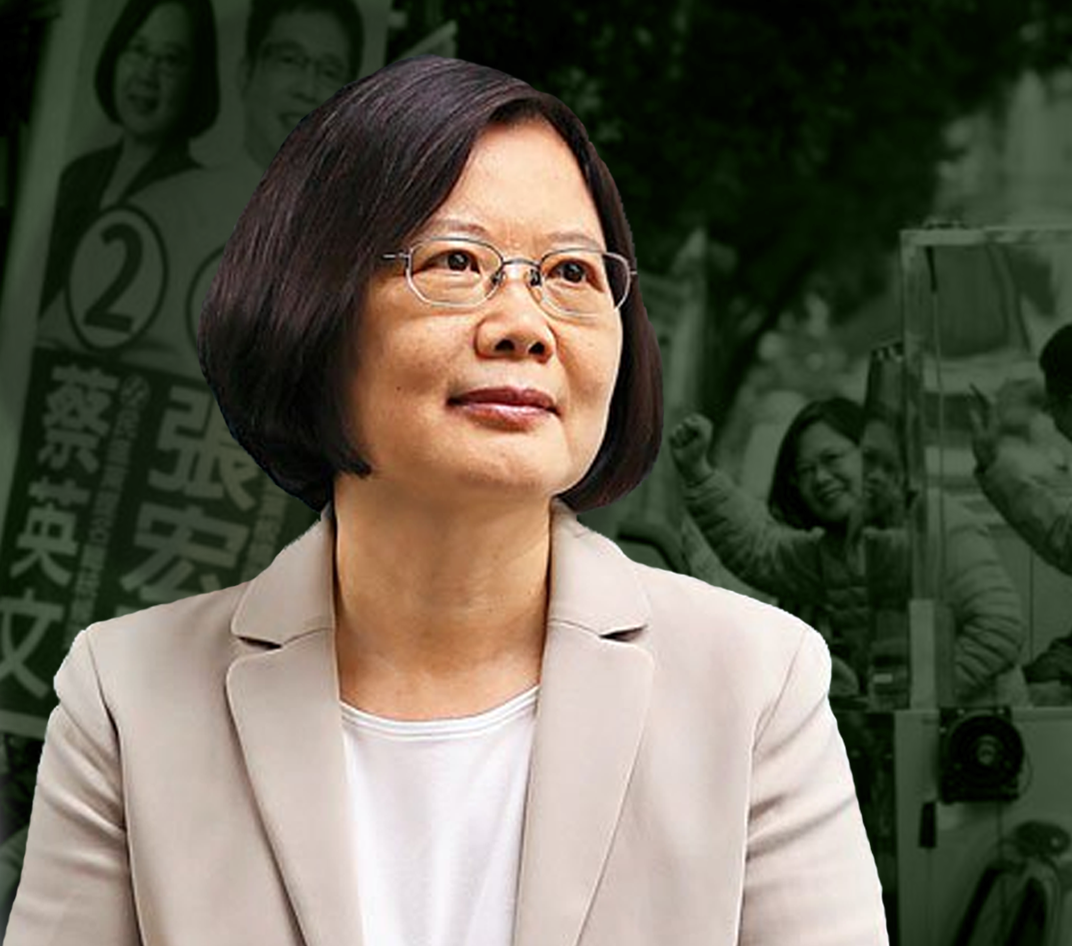 A previous version of this post identified the incorrect author.

In the run-up to the election in Taiwan, China sent its new aircraft carrier Shandong through the Taiwan Strait, sending a message to the voters.

Tsai has stated she intends to maintain the status quo with China. Yet Tsai and her party are clear about viewing Taiwan as independent, not as being a separate system of government part of a China run by Beijing, called one country/two systems.

“Beijing has no new ideas to replace ‘one country/ two systems'” that it has used in the past to keep Hong Kong in line since its turnover in the 1990s by the United Kingdom and to try wooing Taiwan into a unification agreement, said Robert Daly, director of the Kissinger Institute at the Woodrow Wilson Center.

Branding protesters in Hong Kong as terrorists sent a message to Taiwanese voters, particularly younger ones who have grown up in a democracy, of what they could lose, Daly and the two other panelists said.

Young Taiwanese “see their way of life could be threatened” if they were reunited with China, Nadia Tsao, director of the Mandarin Service of Radio Free Asia, added.

These voters have little connection to Mainland China, although Beijing continues spreading a message on the island that the mainland is a land of opportunity for those with education or seeking higher learning.

The Chinese Communist Party “is fully aware of a growth of Taiwanese identity on Taiwan,” following the crackdown against protesters in Hong Kong. There is a strong possibility China “will wait out Tsai” over her four-year term and go from there, Daly said.

Already Chinese media are calling her re-election a “fluke” and “an aberration,” laying the groundwork with its public that time will eventually be on their side in reunification and, in part, blaming Washington for the outcome.

However, Abraham Denmark, director of the center’s Asia Program and a former Pentagon official, warned the United States should not misread the re-election results as a move by Taiwan toward independence nor use the vote totals to put Beijing in a corner when it comes to the “One China” policy.

“There is a danger of going too far” in turning China from a competitor to an enemy, he said.

Daly added, “It’s definitely not a time for American adventurism” in pushing the “bad China” narrative.

Even if an invasion seems unlikely now, in light of the election and Beijing’s response, Taiwan should consider enhancing its defenses, Denmark said. Taiwan should “Invest in asymmetric capabilities” where it has “inherent advantages” rather than trying to match China capability for capability.

China already operates its navy east of Taiwan and routinely flies strike aircraft around the island, so defense is a major issue. However, Denmark said the president would be hard-pressed to rev up the island’s economy and provide career opportunities for its growing workforce.

Taiwan’s leadership has to ask itself is, “With a limited budget, what are the priorities: anti-ship cruise missiles, sea mines?” Denmark said.

“It would take Taiwan 30 years” to build the modern submarine force it needs, Denmark said. Plus, it was highly unlikely, given Taiwan’s diplomatic status, that it would be able to buy modern diesel-powered submarines from Germany or the Netherlands, the two nations most often mentioned as potential partners in such a sale.

Like anti-armor and anti-aircraft missiles, the fighter jets included in the United States arms sale to Taiwan also makes sense as a deterrent to invasion. Still, Denmark questions the value of buying Abrams M1A2 tanks to bolster the island’s defenses.