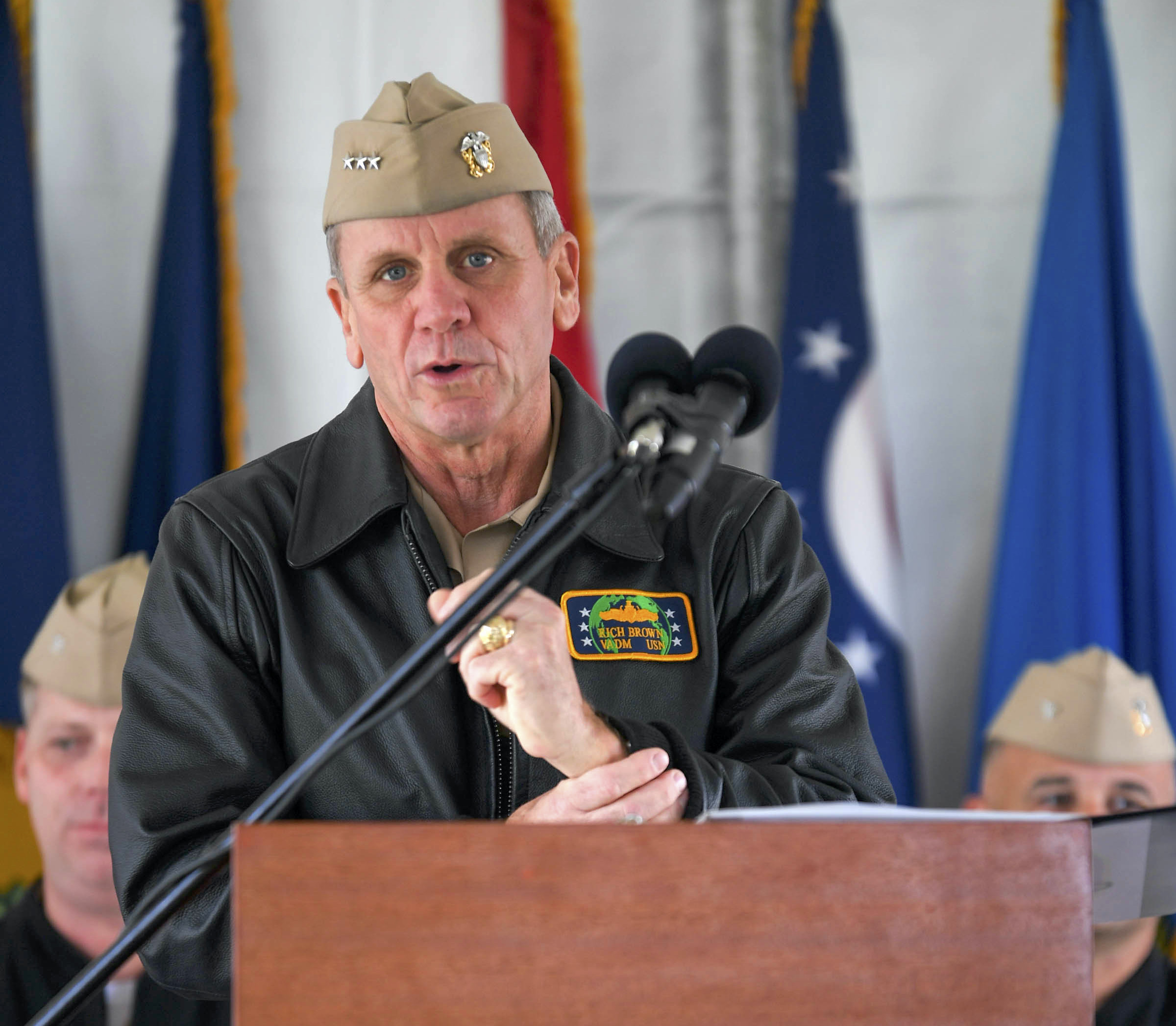 The Navy needs a bigger fleet – and while ongoing budget talks don’t sound promising for the buildup of manned warships that some had envisioned, the surface force is working hard to quickly bring unmanned vessels into the force to expand its reach and capability.

Vice Adm. Richard Brown, the commander of Naval Surface Forces and Naval Surface Force Pacific, told a small group of reporters that “we need a larger fleet. The world is not getting any safer, and what the Navy brings to world security is just tremendous.”

“Whether the number’s 355, 365, 345, it’s somewhere around there,” he said, but he noted that upcoming decisions on a force structure assessment and the Fiscal Year 2021 budget request are still predecisional and continue to be debated among Navy and Defense Department leadership.

“We’ve got to get there. But ships are expensive, and crews are expensive. And so it’s really competing requirements and what’s valued most at the time the budgets are developed that determines, here’s the number today and what’s the number tomorrow,” he said.
“But I gotta tell you, the security environment isn’t getting any more secure, it’s getting less secure, and it’s a maritime security environment hands down. And when the United States Navy’s not there, it creates a sucking vacuum and people fill it in. And it’s usually not good people.”

That said, Brown is optimistic that unmanned surface vessels can make a big difference in how the Navy operates and fights, and can do so sooner than some might think.

From providing intelligence to acting as a decoy to firing missiles on a target passed from another ship, Brown said he has a good idea of what USVs could bring to the fight, and his command is working on finalizing concepts of operations for U.S. Fleet Forces Command and for Congress.

“I think it’s well within the possibility that we’ll fight fleet on fleet with unmanned surface vessels deep into that fight,” he said, calling it a fundamental change to how the fleet fights akin to the introduction of carrier-based aviation to a battleship-centric fleet ahead of World War II.

SURFOR stood up the Surface Development Squadron 1 (SURFDEVRON) in May to develop CONOPS for unmanned surface platforms, as well as for the Zumwalt-class destroyers and other new additions to the surface fleet in the future.

Though Brown didn’t want to get into too many specifics on how the SURFDEVRON has used its first Sea Hunter Medium Unmanned Surface Vehicle (MUSV) so far, he said, “it’s operated with strike groups, it’s operated with ships, we’re learning a lot.”

Brown owes Fleet Forces commander Adm. Christopher Grady a plan of action and milestones and an outline of the CONOPS by next month; a draft of the CONOPS by April and the final CONOPS by September, according to a memo from Grady obtained by USNI News.

As for talks with Congress, Brown said “I don’t think any of the concerns coming out of Congress is that USVs, whether they’re medium displacement or large displacement, aren’t necessary. I think that generally the lawmakers recognize the same that we do, that this is going to be gamechanging for the future fight,” he said.
“But they have a responsibility to guard taxpayers’ money, and we have a responsibility to make sure that we build the systems and build the correct systems and don’t waste taxpayers’ money.”