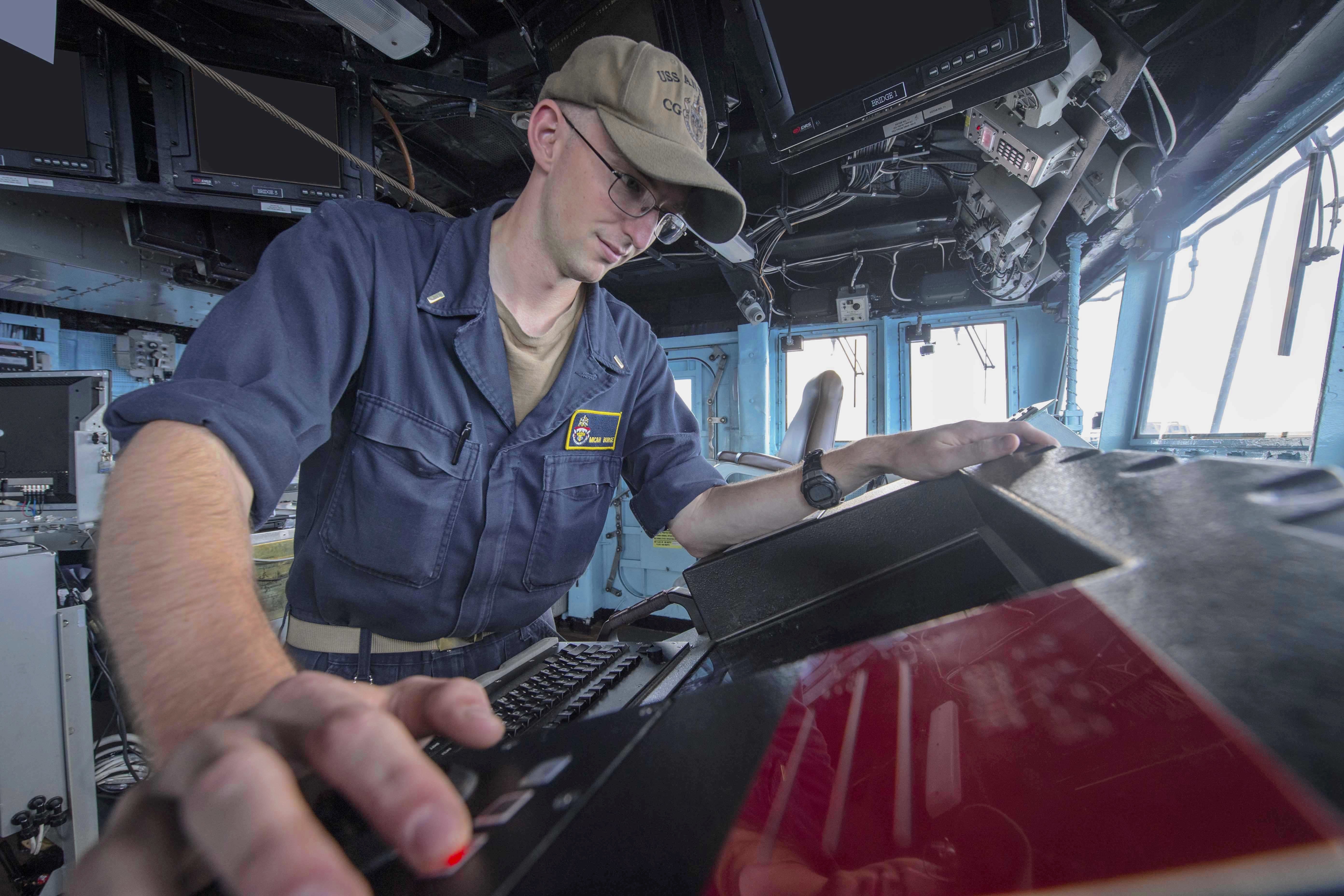 The surface navy is taking a serious look at how it trains individuals and watch teams in maritime warfighting skills, taking a similar approach to the recent effort to bolster navigation, shiphandling and seamanship skills, the head of the surface force told USNI News.

Following a string of collisions in the Western Pacific in 2017, the Navy revamped how surface warfare officers were trained to sail their ships. Training at the Surface Warfare Officers School (SWOS) was revamped, new simulators were developed and delivered to the waterfront in San Diego, Calif., and Norfolk, Va., and more at-sea time was set aside to focus on these fundamentals.

“I’m very, very satisfied with where we are over the last couple years, and although I’m not claiming mission complete by any stretch of the imagination, I’m very comfortable with the progress that we’ve made with everything from our ship handling training, our courseware, what we’re doing on our ships, what we’re doing with individual officers,” he said of the effort to buckle down on the basics of driving ships.
“We will continue to emphasize the professionalism of our bridge watchstanders, our seamanship and shiphandling, but I’m also bringing that to the next level of our maritime warfare prowess. So the stuff that we did for navigation, seamanship and shiphandling, we’re bringing to maritime warfare.”

On the watch team level, the focus is on fielding new trainers. The Navy has two Combined Integrated Air and Missile Defense (IAMD) and Anti-Submarine Warfare (ASW) Trainers, or CIATs, that became operational last year. The San Diego CIAT was used last January for the first time by 40 crew members of USS Rafael Peralta (DDG-115), and the Norfolk CIAT kicked off last summer by training the crew of the future Delbert Black (DDG-119).

“Those trainers are state-of-the-art, operating on the tactical program with real environmentals. And quite honestly, when the watch teams go into those trainers, they don’t know they’re not on a ship, it’s that good,” Brown said.

The CIAT, though, only runs the Aegis Baseline 9 combat system. To train ship crews on other combat systems, and to add capacity, Brown last year directed his office to invest in two On-Demand Trainers, which are trailers with a reconfigurable system inside that can train sailors for high-end maritime warfare on a variety of combat system baselines and configurations. 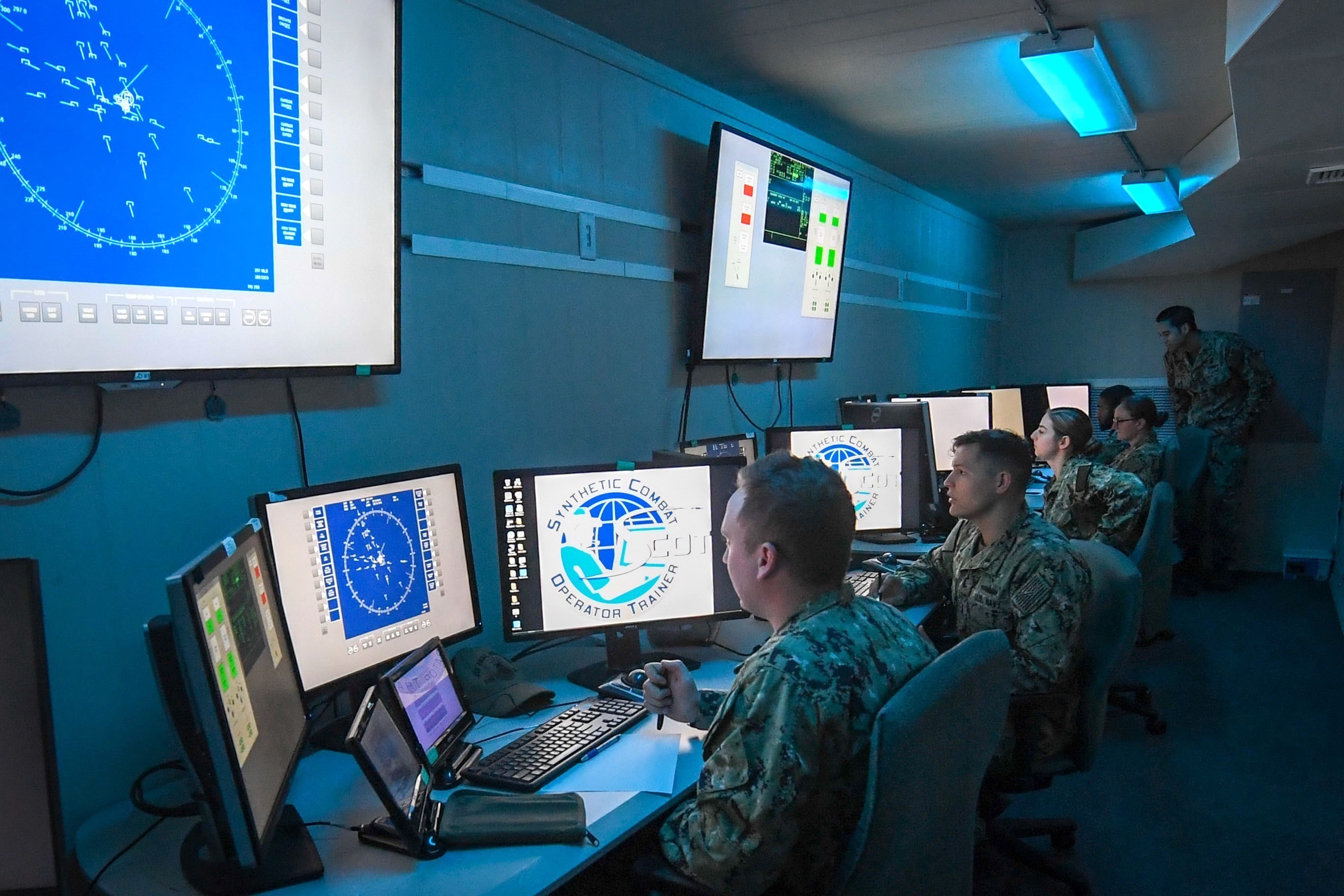 “It’s the same concept as the CIAT, just on a smaller scale – so watch teams, their ship’s in an availability, the combat system’s being upgraded, it’s torn apart, they don’t have electrical power – they’re able to go down to this trailer, it’s got all the consoles in it, it’s operating in the virtual environment … and the watch teams are able to sit there and fight these high-end fights in the trailer” during times they cannot train aboard their own ship, the vice admiral said.

Brown said he bought two ODT trainers, one for San Diego and one for Norfolk, which just delivered in the last two weeks and were procured with SURFOR resources. But he’s interested in getting at least one trailer for every fleet concentration area, meaning he’d need to buy at least one more each for Mayport, Fla., Everett, Wash., Rota, Spain, and Yokosuka, Japan – something he’ll have to fight for the funds to buy in the coming years. He noted the Navy still needs to buy its third CIAT for Japan, which will be built in conjunction with an integrated navigation, seamanship and shiphandling trainer starting in 2021, so there is still more spending to be done to support this focused effort on improving watch team performance in maritime warfighting skills.

On the individual level, Brown tasked the Naval Surface and Mine Warfighting Development Center to lead a Maritime Warfare Officer Tactical Training Working Group to ensure the training curriculum for surface warfare officers and enlisted sailors is adequate to support a high-end maritime fight.

“To improve the tactical development of our warfighters, the Maritime Warfare Officer Tactical Training Working Group (MWOTT) was chartered in September 2019 to identify the requisite SWO skills needed from division officer to major commander; and where the knowledge, qualification, and proficiency are established and evaluated for those skills in the career path,” Brown wrote in a December Proceedings article.
“SMWDC is the executive agent leading this work, and like the approach taken to strengthen maritime skills, the MWOTT will establish a coherent tactical training continuum to prepare individual officers over two decades for each tactical milestone qualification and billet, ultimately leading to fully prepared warfare commanders, by design.”

Brown said the Warfighting Tactics Instructors (WTIs) at SMWDC have vast surface warfare expertise, and they’re tapped into the current fleet capabilities through their engagements with the fleet during Surface Warfare Advanced Tactical Training events and other at-sea training opportunities.

Based on what the WTIs and SMWDC leadership recommends, Brown said he wants to relook at the curriculum and training continuum for all individuals.

The admiral said all these changes come down to supporting his notion of “owning tomorrow’s fight today.”

Another of Naval Surface Forces’ initiatives is creating “combat-ready ships and battle-minded crews,” Brown has previously told USNI News. In the wake of the 2017 surface ship collisions, Navy reviews found the surface force was under great strain to keep up with operational demands, being forced to push out ships that still had material readiness deficiencies and crews that weren’t fully certified for the warfare areas they might be asked to conduct.

Last summer, Brown told USNI News that the surface force was holding strong on its commitment to not send a ship out the door with a deficiency, and last week he said that’s still the case despite heavy demand for the ships by fleet commanders across the globe. 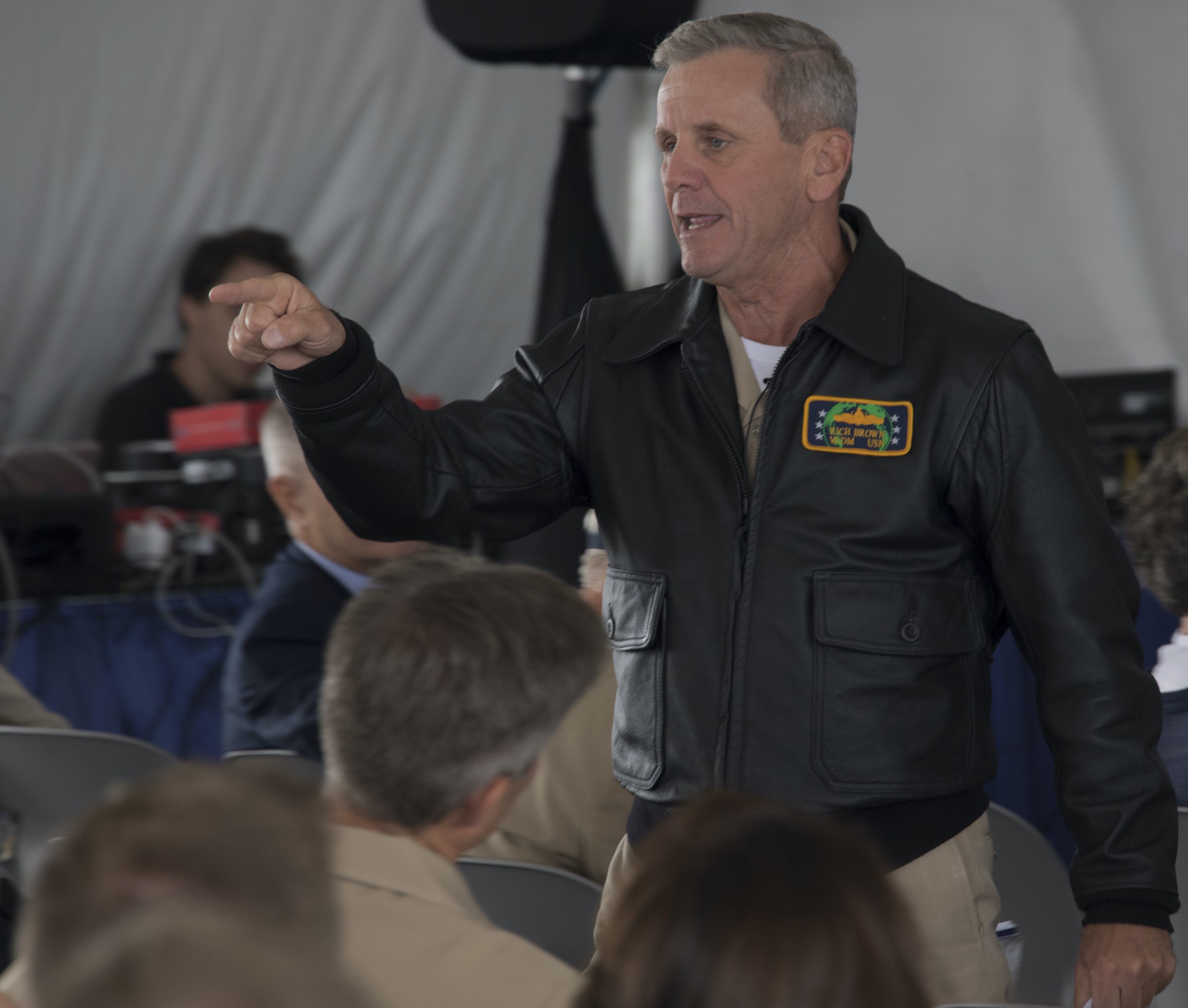 “Quite honestly, the operational demand for the surface force is huge. And because of everything we bring to the fight, whether it’s from [ballistic missile defense] to air defense to [anti-submarine warfare], or to just presence to [Oceania Maritime Security Initiative] to drug running, you need surface ships to do that,” he said.
“Unlike in 2016 and 2017, the processes are in place to ensure that operational demands are not outweighing the manning, the training, the equipping demands that also exist. Right now, every ship that is operating forward is fully certified, fully manned to 92/95 (fit and fill), and fully qualified to do what they are supposed to do. And if there was ever a waiver of any of that stuff, that goes to the four-star – the four-star has never waived any of that stuff, Adm. [John Aquilino, Commander of U.S. Pacific Fleet], nor has Adm. (Christopher) Grady on the East Coast.”

Brown said it’s not just a function of the personalities currently in charge of the two fleets and the two surface forces, but rather there are instructions and plans that lay out minimum certifications to deploy in a way that he believes will be enduring. He said his SURFOR staff’s workload has “probably tripled” to ensure that enough ships are able to deploy fully manned and fully maintained, but they’re committed to not cutting corners again – and the zero-waiver track record these last few years backs up those words.

“There’s a lot of threats out there … but we’re doing it in a measured approach now. Where before we were like, oh, no, just get this ship underway or get the air squadron – this is a navy-wide thing, it’s not just about ships – get it up there. We’re not doing that anymore. And I think that’s huge,” Brown said.
“I think the bottom line: we absolutely restored the firebreaks between force-generation and force-employment that needed to be in place to ensure that the force-generation requirements were equally important as the force-employment.”