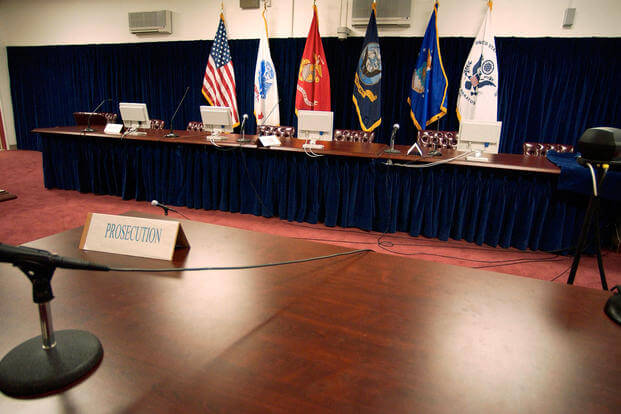 THE PENTAGON – The Navy and Marine Corps today released the results of a six-month look into their legal communities, following several high-profile cases that were tainted by unlawful command influence and prosecutorial misconduct.

The review made clear that, while individuals in the legal community are doing good work, the services aren’t always putting the right people in the right jobs, aren’t providing sufficient training and education throughout the entire legal career progression, could do more to retain top performers, and have significant gaps between the resourcing this small community gets and the hefty demands placed on them.

“We have some work to do. I have met with the Judge Advocate General of the Navy, Vice Adm. John Hannink, to discuss the way ahead. In the very near future, I will lead an oversight council with Vice Adm. Hannink to ensure the corrective actions are implemented properly and with a sense of urgency,” Vice Chief of Naval Operations Adm. Robert Burke told a small group of reporters today when rolling out what he called a “transparent” look at the legal community.

“The men and women of both the Navy and Marine Corps legal communities are high-caliber, talented, impressive individuals. And the Executive Review Panel unanimously agreed the Department of the Navy has the best our nation has to offer in the legal profession. It is now up to the Navy to leverage these recommendations, these opportunities to realize the full potential of these skilled legal professionals,” the VCNO added.

Burke said it had been a decade since the legal community did a holistic review and self-assessment, but several recent cases – ethics failures throughout the Navy related to the Glenn Defense Marine Asia scandal, unlawful command influence by senior leaders in legal cases related to the USS Fitzgerald (DDG-62) fatal collision in the Western Pacific, and most recently a series of missteps in the prosecution of Navy SEAL Edward Gallagher – made the JAG community review more urgent. The review did not question specific legal decisions or lead to any disciplinary actions, but it sought lessons learned that could help improve the Navy JAG and Marine Corps JA communities. 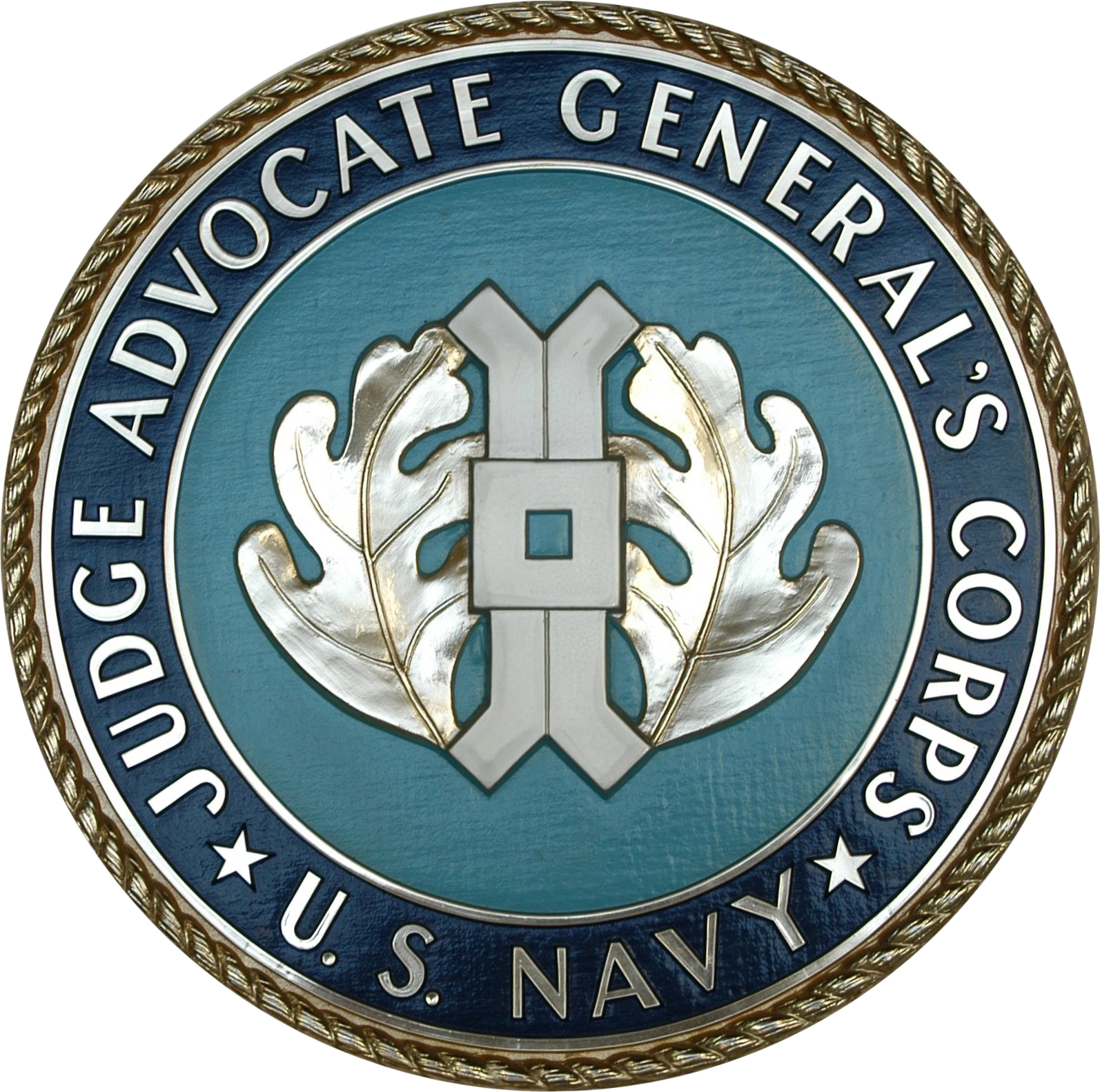 Among the areas highlighted in the report are training and education – not just of the military lawyers, but for commanders who don’t always know how to be good consumers of legal and ethics advice.

Maj. Gen. Gregg Olson, assistant deputy commandant of the Marine Corps for plans, policies and operations, said during the media event that other communities in the Marine Corps do a good job managing refresher training – offering refresher courses for pilots going back into the cockpit after a tour where they weren’t flying – but nothing like that exists today for Marine Corps lawyers.

“In that culture of continuous learning, what we recommended that the Marine Corps examine is how to conduct that refresher. If you’re moving from a litigation billet to an operational law billet, how do you get up to speed on the latest issues in operational law? If you’re moving into a billet where you have no expertise – cyber, operations in the information environment, those sorts of things – what are the opportunities to educate that officer in matters of interest where they’d be a better contributor on the staff?” he said.

Olson also noted that the legal community, through the Marine Judge Advocate Board, can share lessons learned and best practices, but nothing similar exists for commanders who need to learn how to consume legal advice and serve an administrator of military justice.

“What we recognize is a requirement for continuing education of commanders and potential commanders during their development about how best to ensure that they are impartially administering military justice when the time comes to do so. So we are really viewing it as an education issue,” he said, noting that annual training could be inserted among annual refresher courses in areas like computer security.

Burke added that, on the Navy side, the service wants to look at training commanders as they rotate into a new job on “how to be a better customer or consumer of legal service that they’re getting from their staff judge advocate. … As you grow in seniority and your responsibilities increase, the span and scope of what you’re accountable for grows, you’ve got to be a demanding customer in asking those questions of your JAG. You can’t expect it to be handed to you. So that’s part of the training mission we think needs to be improved as well.”

On the issue of unlawful command influence, Olson said it became clear during the last six months that commanders want help learning how to do better.

“We’ve really got some educational work to do, we heard a clear demand signal, and we know that there’s room for improvement,” he said.

Both the Navy and Marine Corps acknowledge they have work to do on retention. Though the numbers show the right amount of lawyers are staying in the service, it may not be the best officers with the right expertise, and Olson and Burke committed to taking another look at incentives to better shape the legal community.

Not only do military lawyers pay for their own law school in almost all cases – meaning they’re saddled with debt from law school – in many cases they have to pay annual dues to their state’s bar association out of their own pockets. Olson said infantrymen and aviators don’t face these issues, and the Marine Corps wants to do more. The service previously had a debt subsidy bonus that was offered to select high-performers identified by a board, in the hopes of keeping them around when their commitments were about to end. The service stopped using that authority, but Olson said that the Commandant’s Planning Guidance talks extensively about talent management and that those authorities may be used again.

Burke said that, on the Navy side, the bonuses that exist are too small “to compensate in a meaningful [way] in the stay/leave decision” and aren’t aligned with the right parts of a career progression where the Navy struggles to keep top performers.

Burke said there are very few officers now with 25 to 30 years of experience, meaning there are few highly experienced litigators and judges in the service today.

“We’ve been hemorrhaging at those experience levels for really the better part of 10 years,” Burke said, and he is looking at the possibility of bringing back a since-expired authority to give some flag officer retirement benefits to senior captains serving in select assignments.

Though the review showed the Marine Corps’ organization of its legal community was generally effective, the Navy has some issues to address, Burke said.

As part of previous base realignment and closure efforts, the JAG community consolidated, too. Though the defense services offices mostly remained intact as Victims Legal Counsel offices, the prosecution offices were rebranded as Region Legal Services Offices.

“It became a sort of a jack-of-all-trades legal services – oh, by the way, plus prosecution, a really important thing if you’re trying to uphold good order and discipline and the Uniformed Code of Military Justice,” Burke said, saying this contributed to a lot of challenges today.

Additionally, the deputy JAG of the Navy also took over as the commander of Naval Legal Service Command, meaning that one person had responsibilities to support the JAG, the Department of the Navy and all legal services around the globe.

“Too much scope and responsibility for one individual to be an effective commander of defense, trial services, environmental, installation services, all of that stuff,” Burke said.
“And I think the accountability and supervision and leadership was diluted when we made that decision 15 years ago.”

The Navy wants to break out a separate billet for the Commander of Naval Legal Service Command – which could be a senior captain but ideally would be a flag officer, though Burke conceded it would be hard to fight for another flag officer billet in this budget environment.

Both Burke and Olson said they were early in reviewing the recommendations and putting together an implementation plan. It’s unclear how much the plan’s recommendations would cost or if the Department of Navy and Department of Defense would choose to fund them, and on what timeline they could be put in place.

Regardless of what happens with specific recommendations, Burke said this review process has drawn attention to just how much the JAG community’s workload has changed in the last decade and how little the Navy has done to respond to those changes.

“Both judge advocate communities are very small, and the demands that we put on these communities – even when you look at the workload we’ve put on them in the last 10 years, it’s quadrupled. And the manpower that we’ve put towards it has changed very little. The Navy went from just under 900 JAGs to, we’re just now getting to 950 which were recommended in 2011. We’ve been that pressed for money to resource that 2011-2015 recommendation,” Burke said.

The Navy JAGs have also gone from prosecuting about 1,200 courts-martial a year to about 250, in part because the Navy has gotten stricter about kicking sailors out at earlier signs of bad behavior – but the JAGs are being used heavily in other ways, particularly as it relates to sexual assault cases, environmental law and cyber law – “all these areas that 10 years ago weren’t there” and that the Navy as an institution didn’t respond to.

Burke said that, whatever comes of specific recommendations, the Navy would make sure that feedback mechanisms were in place to understand changing pressures on the legal community and ensure that, as a learning organization, the Navy takes timely steps to keep up with those changes with the right manpower and training.