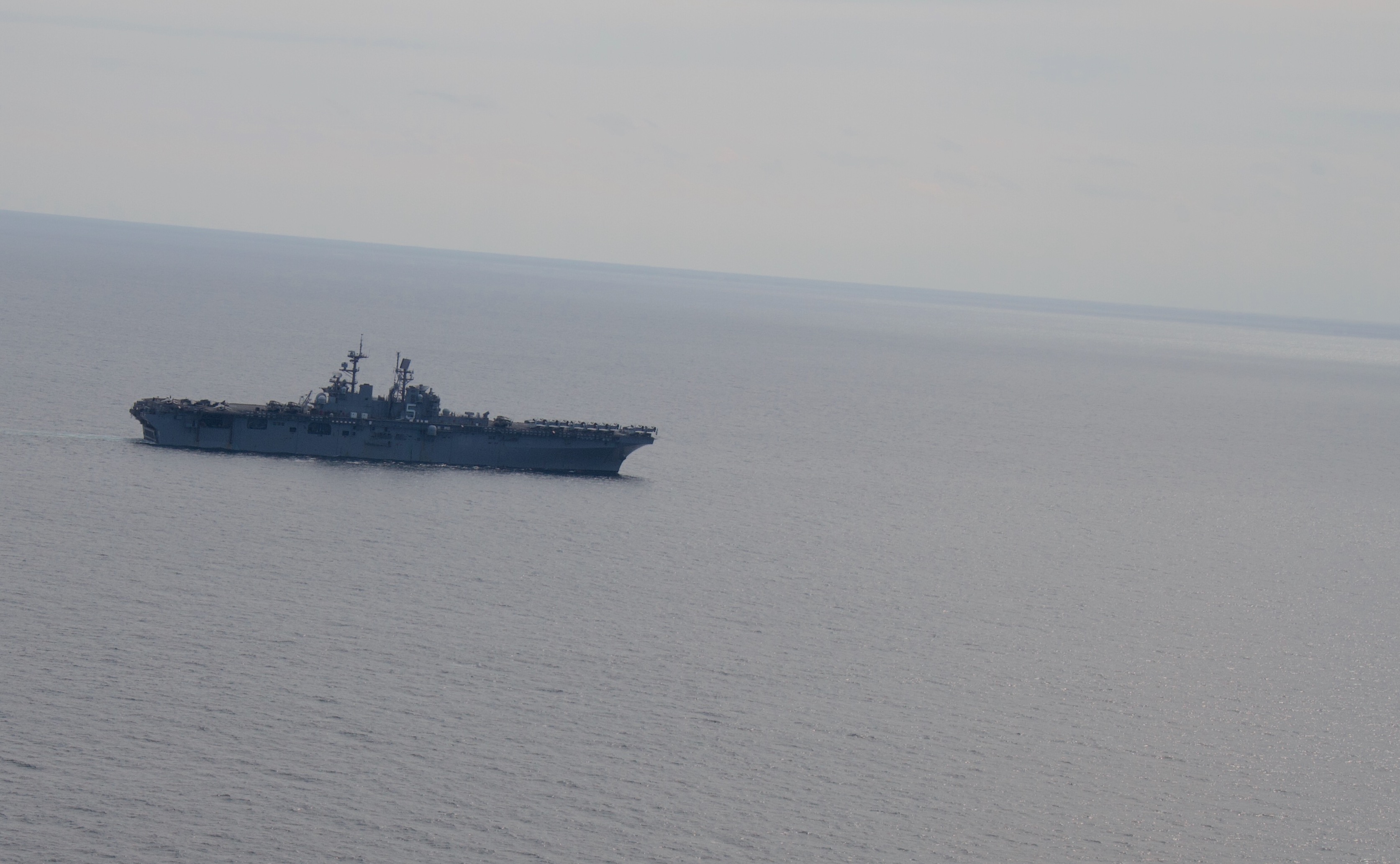 The Bataan Amphibious Ready Group (ARG) is now deployed after picking up Marines from the 26th Marine Expeditionary Unit (MEU) on Thursday, a defense official confirmed to USNI News.

Ordinarily, ARG/MEU deployments are announced by the Navy and Marines. However, in this instance there was no public notification of the departure.

A U.S. 2nd Fleet spokesperson told USNI News that the ARG was operating in the Atlantic but would not confirm if that if the ship and Marines were deployed.

The departure of the ARG/MEU was widely expected following the recent completion of the ship’s graduating exercise earlier in the fall.

Part of the theme for the exercise was to emphasize the ability for the ARG/MEU to break out of the mold of 15 years of deployments that focused on Middle East deployments, ship officials told USNI News.

“We’ve been anchored kind of to the Arabian Gulf for quite some time,” Capt. Lance Lesher, the commodore of Amphibious Squadron 8, told USNI News in an interview in October.
“Now, and with great power competition, the emphasis is that we are not limited to one specific area: the Baltic, the Med, the Arabian Gulf, the Indian Ocean. What I’m getting from my bosses consistently is, we are worldwide deployable and we need to do all those missions.”

Since the latest Pentagon-led National Security Strategy debuted almost two years ago, China and Russia are now the stated competitive focus for U.S. forces and have pulled U.S. forces in directions it hasn’t seen since the Cold War.

In the Atlantic, the largest threat is Russian submarines, which are among the most effective tools in Kremlin’s arsenal and have not suffered the same decline as its surface forces.

“We’re seeing a surge in undersea activity from the Russian Federation navy that we haven’t seen in a long time. Russia has continued to put resources into their undersea domain; it’s an asymmetric way of challenging the West and the NATO alliance, and actually they’ve done quite well,” Adm. James Foggo, the commander of U.S. Naval Forces Europe and Africa and NATO’s Allied Joint Force Command Naples, told reporters on Wednesday.

Additionally, a Russian surveillance ship has been recently spotted off the U.S. East Coast, which could also add to the Navy’s anxiety in the Atlantic.

The low-key departure of the Bataan ARG/MEU follows the unannounced deployment of USS Harry S. Truman (CVN-75) in November.