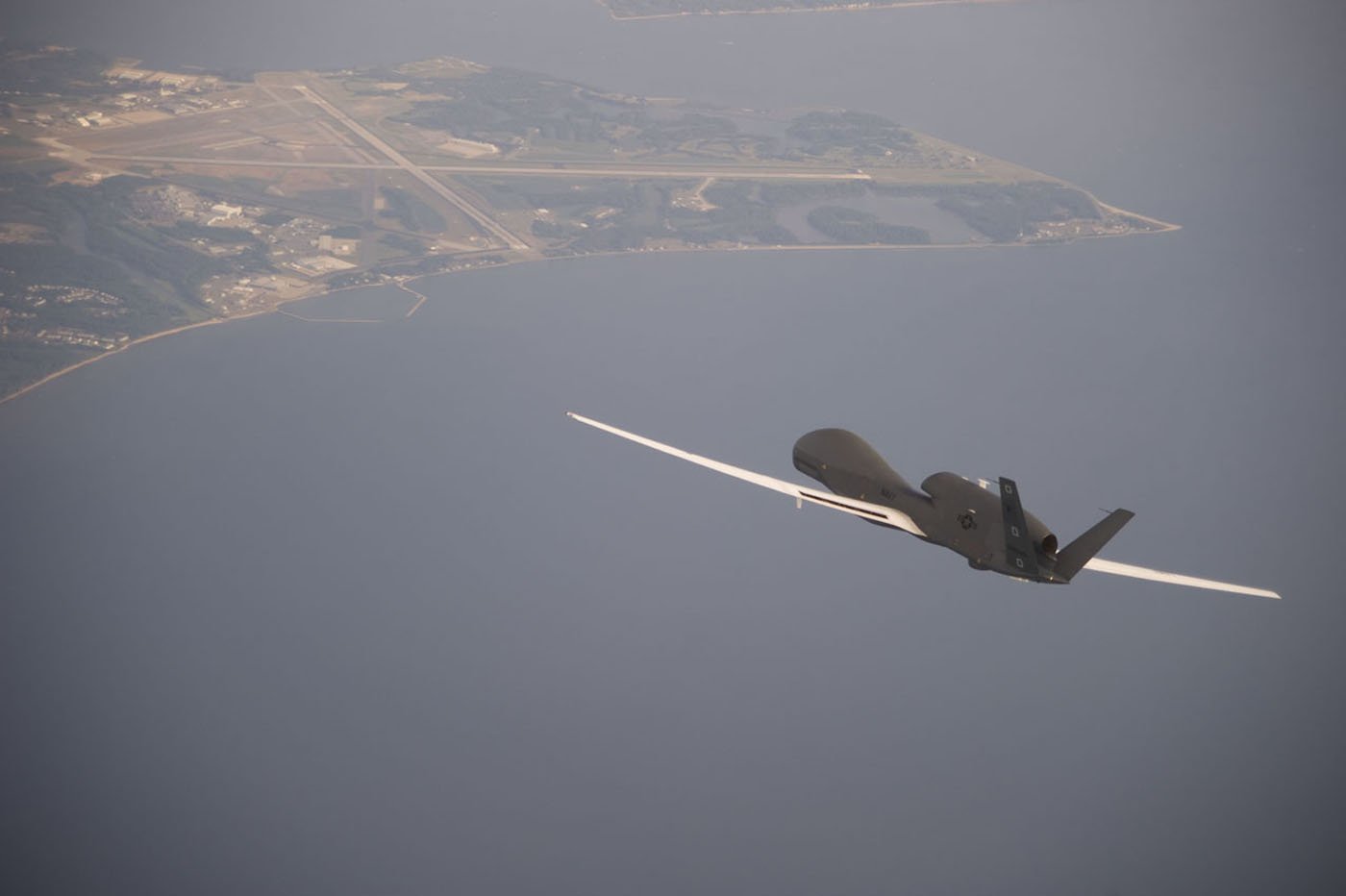 A Navy surveillance drone suffered major damage during a takeoff attempt while operating in the Middle East, Navy officials confirmed to USNI News on Thursday.

The service’s $180-million RQ-4A Broad Area Maritime Surveillance Demonstrator (BAMS-D) was attempting to take off from a runway in U.S. Central Command and was hit by a piece of debris on its port side on Nov. 26, according to a statement from U.S. 5th Fleet.

“The mishap resulted in damage to the port side of the aircraft. No personnel were injured,” reads the statement. “A mishap investigation is ongoing, and we therefore have no further releasable details.”

No injuries were reported.

While the Navy did not disclose the location of the incident, the service’s BAMS-D have been known to operate from the Al Dhafra Airbase in United Arab Emirates.

According to a summary of the accident reviewed by USNI News, the damage to the aircraft has been categorized as a Class-A mishap, meaning it is estimated to cost at least $2 million to repair.

The BAMS-D is the same type of surveillance drone that was downed by an Iranian surface-to-air missile in June.

The five original BAMS-D unmanned vehicles were modified by the Navy from Air Force R-Q4A Global Hawk platform as a testbed for the service as a high-altitude, high-endurance surveillance aircraft.

The Navy was so pleased with the results after a 2009 test in U.S. Central Command that the original aircraft have rotated in and out of the Middle East over the last 10 years to continue providing information.

BAMS-Ds, for example, have provided surveillance to U.S. 5th Fleet for key transits of U.S. aircraft carriers through the Strait of Hormuz into the Persian Gulf.

While the program has been successful, the Navy may only have two operational BAMS-D remaining following the late November incident. In addition to the BAMS-D that was shot down in June, one crashed in the Chesapeake Bay in 2012.

The program is set to be superseded by the emerging MQ-4C Triton UAV. The first squadron deployed to Guam in September, reported Breaking Defense.

The new program is set to reach initial operating capability in 2021.

The following is the complete statement from U.S. 5th Fleet.

On 26 November, 2019, a U.S. Navy RQ-4A Broad Area Maritime Surveillance Aircraft Demonstration (BAMS-D) struck foreign object debris (FOD) during takeoff while supporting operations in the U.S. Fifth Fleet area of responsibility. The mishap resulted in damage to the port side of the aircraft. No personnel were injured. A mishap investigation is ongoing and we therefore have no further releasable details.