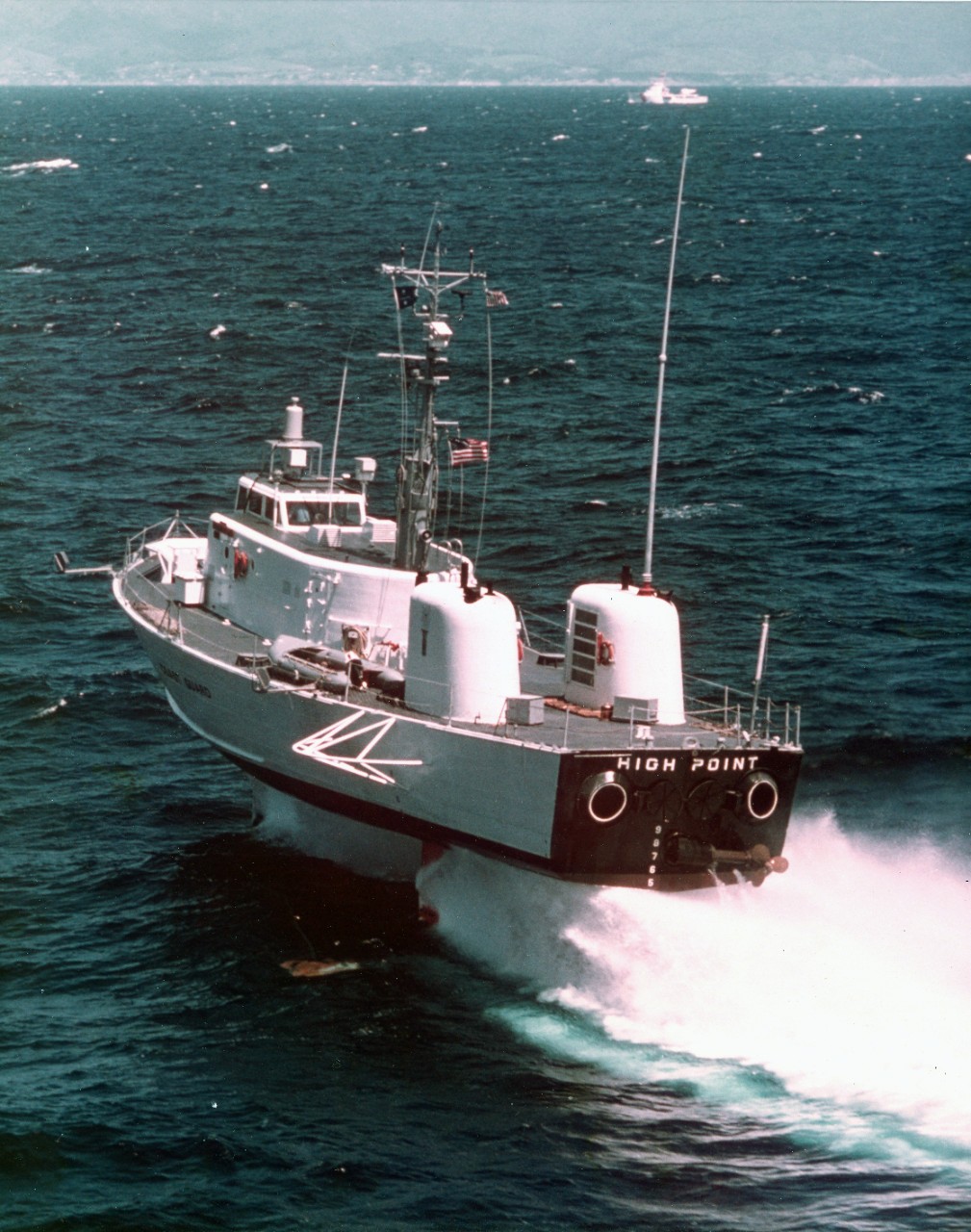 For the low-low price of a loaded Chevy Tahoe Premier, you could be the proud owner of the Navy’s first operational hydrofoil — the former USS High Point (PCH-1).

The 115-foot High Point comes with a 450 horsepower Detroit Diesel in need of new hydraulics and three hydrofoils reportedly neatly tucked away under the ship which is sitting pier side in Astoria, Ore. Hal Palmer, the broker handling the sale, told USNI News High Point needs a lot of work before once again appearing to fly across the water.

Launched in 1962, Hight Point is not for the faint of heart (or wallet) but potential owners would be in possession of a unique piece of Navy anti-submarine warfare history.

“High Point is the first of a series of hydrofoil craft designed to evaluate the performance of this kind of propulsion in the modern Navy,” according to the Naval History and Heritage Command’s history of the vessel.

Built by J. M. Martinac Shipbuilding Corp. and Boeing, High Point could speed at more than 50 knots sailing on its three submerged foils containing propulsion nacelles and propellers. High Point could also ride on its hull like a conventional ship. 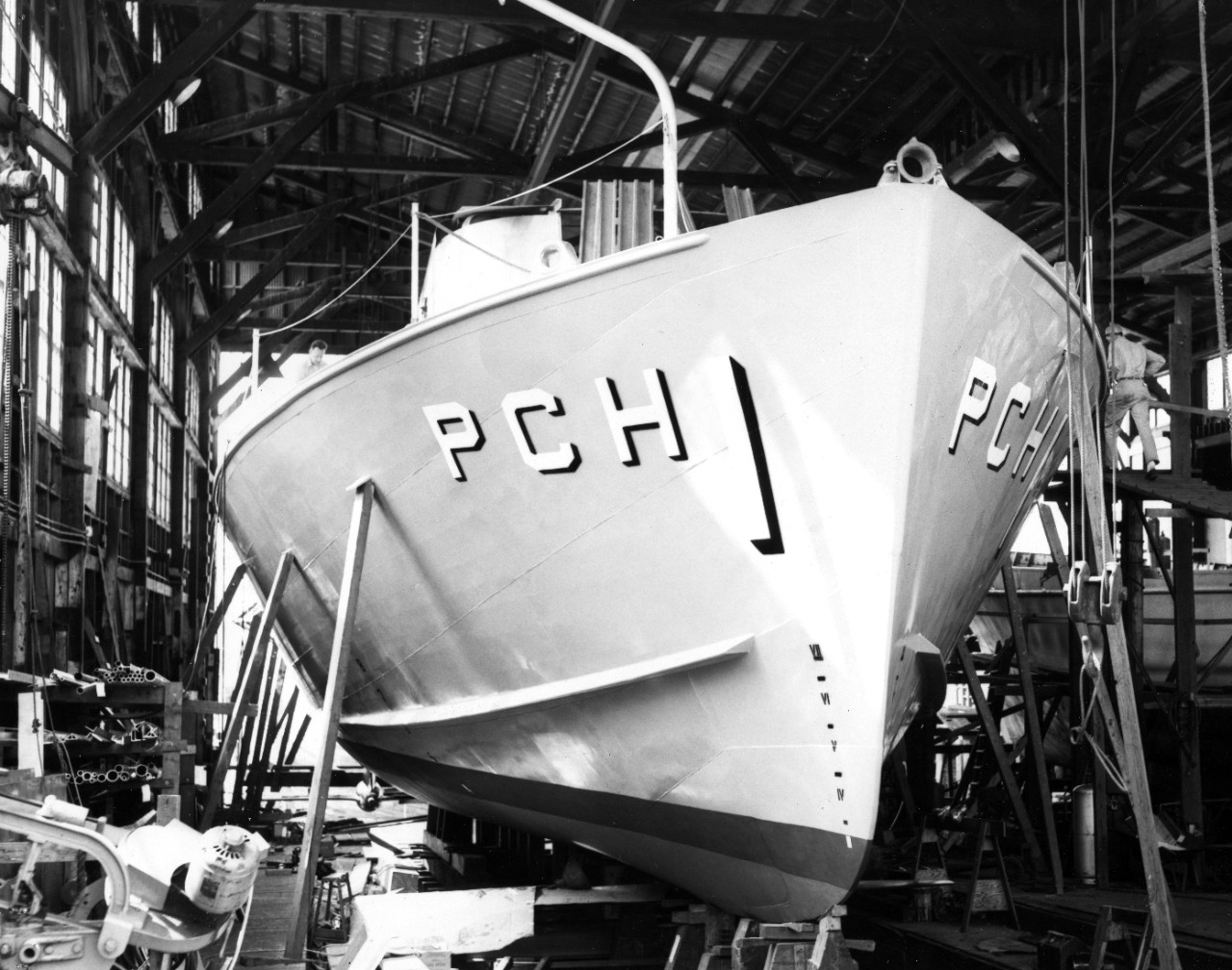 The idea in the 1950s and 1960s was for High Point to provide the Navy with a speedy hull to track Soviet submarines that were becoming faster and faster, William Ellsworth wrote in Twenty Foilborne Years, The U.S. Navy Hydrofoil High Point (PCH-1), a detailed history of the early hydrofoil program.

“The problem was that there wasn’t a military mission crying out for this capability. There was a bit of groping about as to what it could be used for and what niche it would fit in. What evolved was ASW because of the threat of higher speed submarines. What you had here was a high-speed sub chaser, too noisy to listen when on foils, but which could stop, drop its sonar and listen, get a fix, and continue to chase the submarine.” John Nachtsheim, one of the Naval architects in the hydrofoil program, told Ellsworth in a 1984 interview.

The Navy spent the better part of a decade testing High Point, evaluating how well the vessel operated in varying sea conditions and figuring out how to work the ship into its anti-submarine force. The sonar equipment didn’t work well when High Point traveled at high-speeds and there were near-constant refinements to the ship’s operations, Ellsworth wrote.

“Testing revealed that the hydrofoil technology was not yet advanced enough to produce a reliable hydrofoil to join the fleet, and more research was needed. Still, much was learned through these tests,” according to the Naval History and Heritage Command description of the ship. 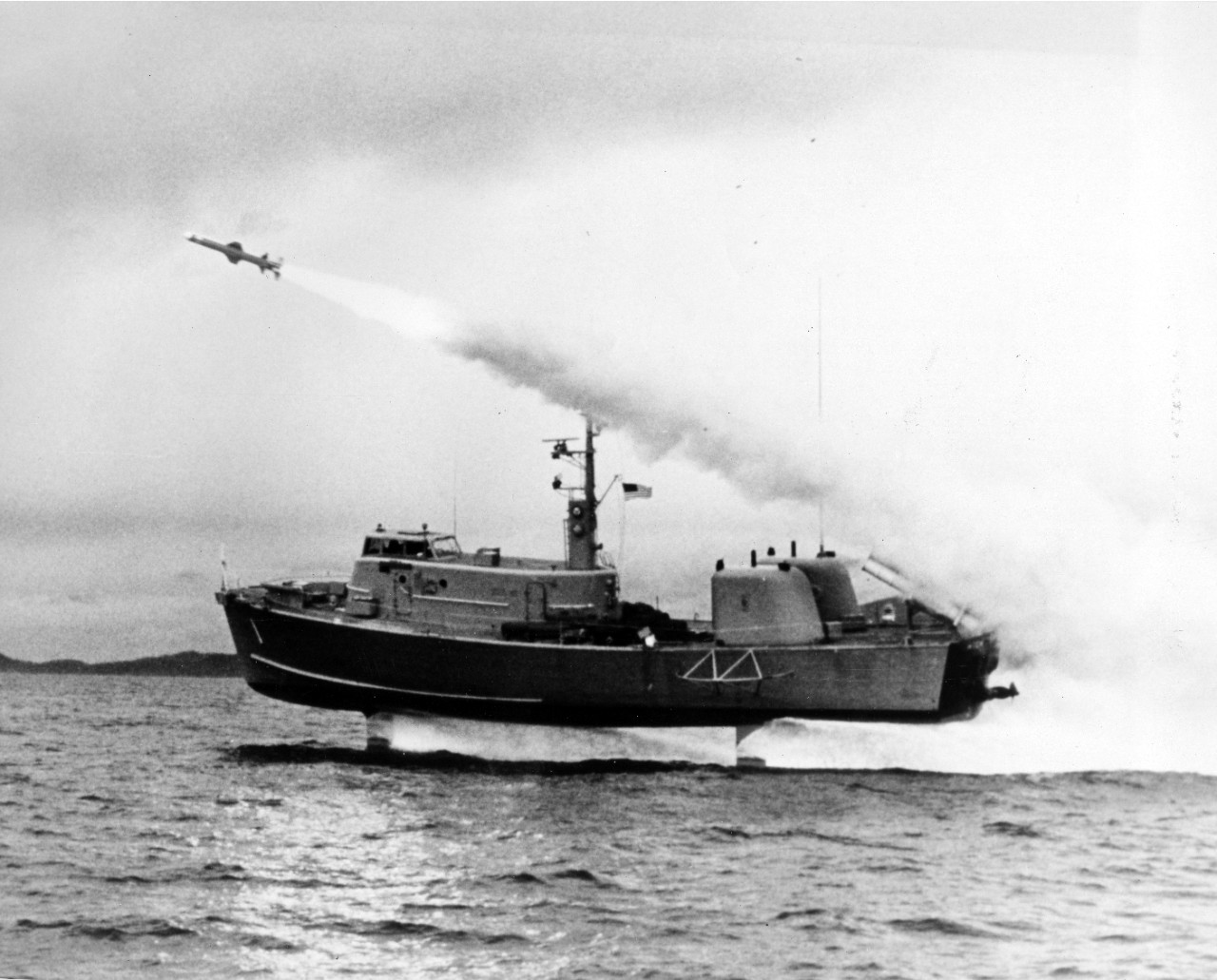 High Point was delivered with two MK 32 torpedo launchers amidships. The tubes were trained 45 degrees off the bow with a zero-depression angle, Ellsworth wrote. With weight a constant concern, the designers cut crew comforts to make room for armaments, propulsion and sonar equipment. The sanitary spaces for the officer and typical crew of 12 enlisted sailors were combined to cut down on the weight of piping and fixtures. The officer in charge’s stateroom was only semi-private. The galley could only seat a portion of the crew at a time.

High Point did operate on the West Coast and took part in various naval exercises. But in 1975, the Navy transferred High Point to the U.S. Coast Guard, which evaluated hydrofoil technology for use as a coastal patrol vessel. High Point’s turn as a patrol vessel, though, was almost cut short from the start due to significant maintenance periods and budget constraints.

High Point was deactivated in early 1985 and was used by Boeing as a test vessel before passing among private owners, arriving at its current location in Oregon.

Today, the Navy is apparently re-evaluating hydrofoil technology. Earlier this year, a clip of what appeared to be an experimental hydrofoil craft appeared in one of the Navy’s recruiting commercials, as reported by The Drive. When asked by USNI News in November, a spokesman for the Navy’s acquisitions chief did not have any additional information about the status of hydrofoils.

The Navy applied lessons learned from High Point to the development of Pegasus-class of hydrofoil missile ships used in the 1970s and 1980s, Ellsworth wrote. A year after High Point joined the Coast Guard, USS Pegasus (PHM-1) completed its operational evaluation in San Diego.

However, while the Navy applied technological lessons from High Point to the Pegasus-class, Ellsworth considered the High Point program to be a cautionary tale, one the Navy appears to still grapple with.

“First, and most importantly, the PCH experience amply demonstrated the fallacy of considering a first-of-a-kind, one-of-a-kind, complex hardware system to be ready for deployment as a fleet asset before it has been thoroughly debugged,” Ellsworth wrote. “Even when such a system has been thoroughly rung out, modified and redesigned, further growth pains may be expected upon its first introduction to the actual operating environment.”