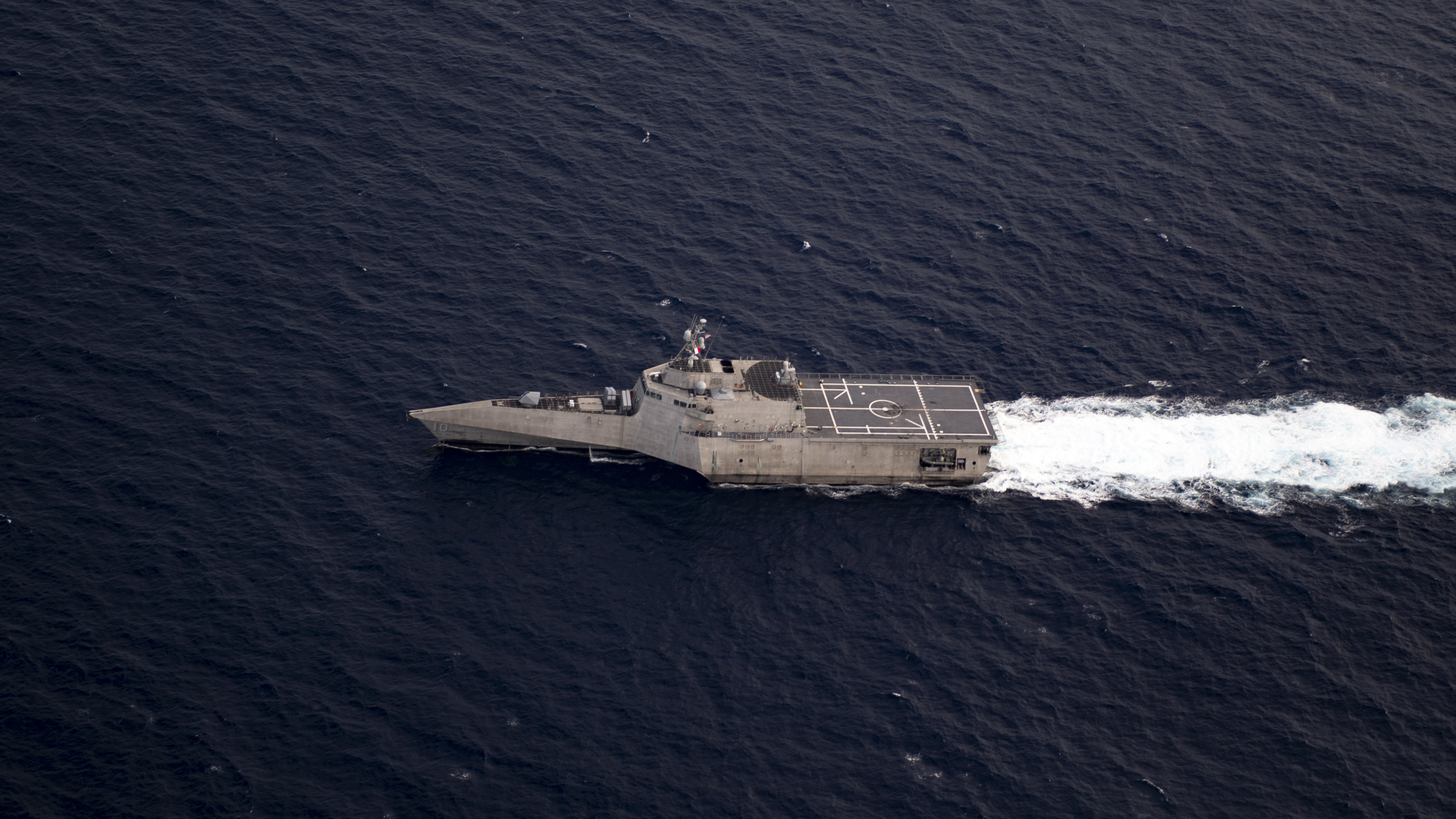 A pair of U.S. Navy freedom of navigation operations on two consecutive days in the South China Sea this week has irked Chinese officials at a time they are seeking to ease trade tensions with the U.S.

Since 1974, China has occupied the Paracels, after its military forces seized a Vietnamese garrison on the western islands, according to the CIA World Factbook. Rich fishing grounds surround the islands and the region has the potential for oil and gas exploration.

Giffords steamed past a land formation known as Mischief Reef in the Spratly Islands area. China claims this reef is an island, but international law does not recognize the landmass as an island, according to Mommsen.

The Spratly Islands consist of more than 100 small islands or reefs surrounded by rich fishing grounds. The region also potentially holds oil and gas deposits. The potential to gain economically from such natural resources and the islands’ location is why several nations claim either all or some of the islands, according to the CIA World Factbook.

China, Taiwan and Vietnam each claim the entire chain of islands. Brunei claims an exclusive economic zone over this area. Malaysia and the Philippines each claim portions of the islands.

Each nation also has relatively small military detachments occupying nearly half of the islands.

“The U.S. recently has kept sending vessels and planes to stir up trouble in the South China Sea under the pretext of freedom of navigation,” said Senior Colonel Li Huamin, a spokesperson for the Southern Theater Command of the Chinese People’s Liberation Army (PLA), according to a statement released Friday by China’s military. Li urged “the US side to stop such provocative acts immediately so as to avoid unexpected incidents.”

“China has indisputable sovereignty over the South China Sea islands and adjacent waters,” Li’s statement said. “No matter what tricks the US vessels and aircraft may play, the Chinese military is determined and has the ability to safeguard the national sovereignty and security and maintain peace and stability in the South China Sea.”

However, during the same media briefing, Geng Shuang said China and the U.S. remain in close communication regarding resolving the series of tariffs each nation placed on imports from the other. “We hope the US will work with China to find a solution on the basis of mutual respect, equality and mutual benefit. This serves the interests of both sides and the rest of the world,” Geng Shuang said.

Simmering trade disputes or other events do not influence when or if the U.S. Navy will conduct FONOPS, Mommsen said in her statement.

“U.S. forces routinely conduct freedom of navigation assertions throughout the world. All of our operations are designed to be conducted in accordance with international law and demonstrate that the United States will fly, sail, and operate wherever international law allows — regardless of the location of excessive maritime claims and regardless of current events,” Mommsen’s statement said.