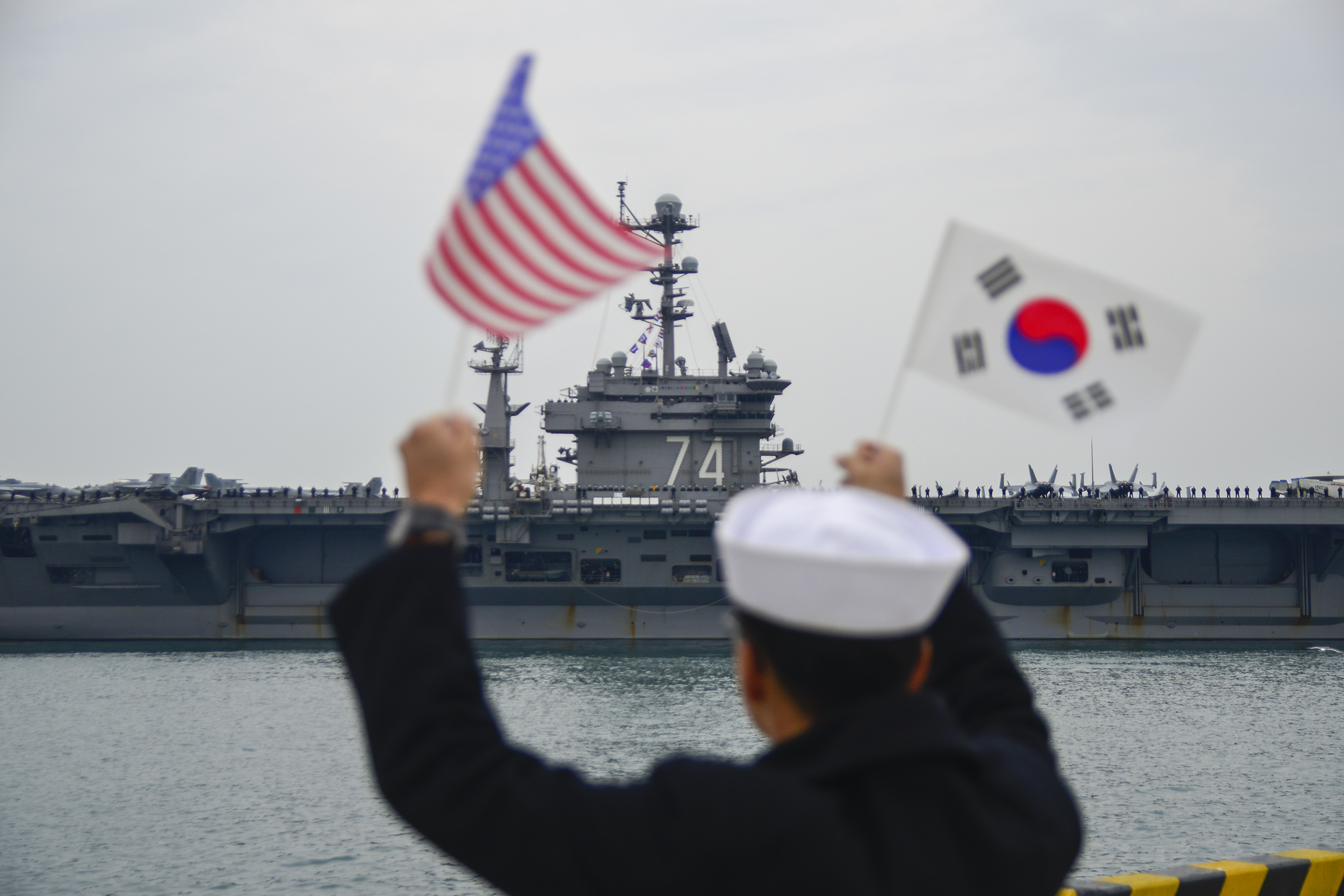 WASHINGTON — South Koreans increasingly wonder whether the White House’s transactional approach to foreign relations means the United States will honor its commitment to come to their aid in a crisis, a panel of security experts said this week.

South Korea and other U.S. allies in the Indo-Pacific, “worry what [the U.S.] transactional approach to allies” means in that situation, said Sook Jong Lee, a professor at Sugkyunkwan University while speaking at the Woodrow Wilson Center. “The feeling of abandonment is kind of increasing.”

Tensions increased within the Republic of Korea-United States security alliance when an American team of negotiators asked Seoul to dramatically increase what had been the burden-sharing cost of basing U.S. forces in Korea, Lee said. The hike seems to be “an excessive increase to allies” and demanding the South Koreans do more away from the peninsula to enhance regional security.

The agreement between Washington and Seoul last year increased Korea’s payment to almost $1 billion annually. But this year, not only did the administration want a quadrupling of the payment “but added a new category of support” to be factored into the cost, said Patricia Kim, a senior policy analyst at the United States Institute of Peace.

There are 28,500 American soldiers and airmen stationed on the peninsula.

This demand for a higher payment puts the alliance “under a lot of stress,” especially at a time when South Korean industries and businesses are feeling a financial squeeze from other U.S. foreign policy actions. The impact of the American-Chinese trade war on all allies and partners in the Indo-Pacific is that they “feel like collateral damage” after three years of tariff hikes, Lindsey Ford, of the Brookings Institution said.

A quarter of South Korea’s exports go to China, and 20 percent of its imports come from there. The United States does about half that amount of export-import trade with South Korea, Lee said.

South Korean popular opinion still leans toward the United States, especially for security and also reflects a wariness of active involvement in China’s Belt and Road infrastructure initiative. But the political leadership and public do “not yet” view China as a strategic competitor, in the same way, Washington does, Chaesung Chun, chair of the Center for National Security Studies in Seoul, said.

Seoul does “not want to be sandwiched” between Beijing and Washington and is forced to choose one nation over the other, said Yul Sohn, president of the East Asia Institute in Seoul.

“China and Korea are at the center of U.S. strategic thinking,” Stapleton Roy, a former ambassador to Beijing and now at the Wilson Center, said. However, “the Korean [nuclear and missile] issue … is front and center with the Department of Defense.”

President Donald Trump “should receive credit” for the “wise move to [try] personal relations” with Kim to resolve the impasse, Roy said. “We had gotten ourselves in an untenable position,” where “we only had a military option” in denuclearizing the peninsula.

The problem now is, Roy said, “we had no strategy for the engagement process” to continue. Korean issues have been “handled on an ad-hoc basis.”

The panel agreed that the high-level summit meetings between Trump and North Korean leader Kim Jong-un “has not found a breakthrough” over what to do about Pyongyang’s nuclear weapons and missiles. Kim demands an end to sanctions before moving on the weapons programs.

After the failure of the summit meeting in Hanoi to agree on future steps, North Korea resumed testing ballistic missiles, including sea-launched, but not with ranges that could hit the United States. It also threatened to resume nuclear testing at the start of the year.

Still, President Trump hinted over the weekend another summit could occur, when he sent a tweet directed to Kim. “You should act quickly, get the deal done. See you soon!”

Also, over the weekend, Defense Secretary Mark Esper announced the cancellation of an air exercise with South Korea as a gesture of goodwill toward the north and an effort to “contribute to an environment conducive to diplomacy.”

On Tuesday, The Washington Post quoted a North Korean Foreign Ministry adviser Kim Kye Gwan as saying, “We are no longer interested in such talks that bring nothing to us. …As we have got nothing in return, we will no longer gift the U.S. president with something he can brag about.”