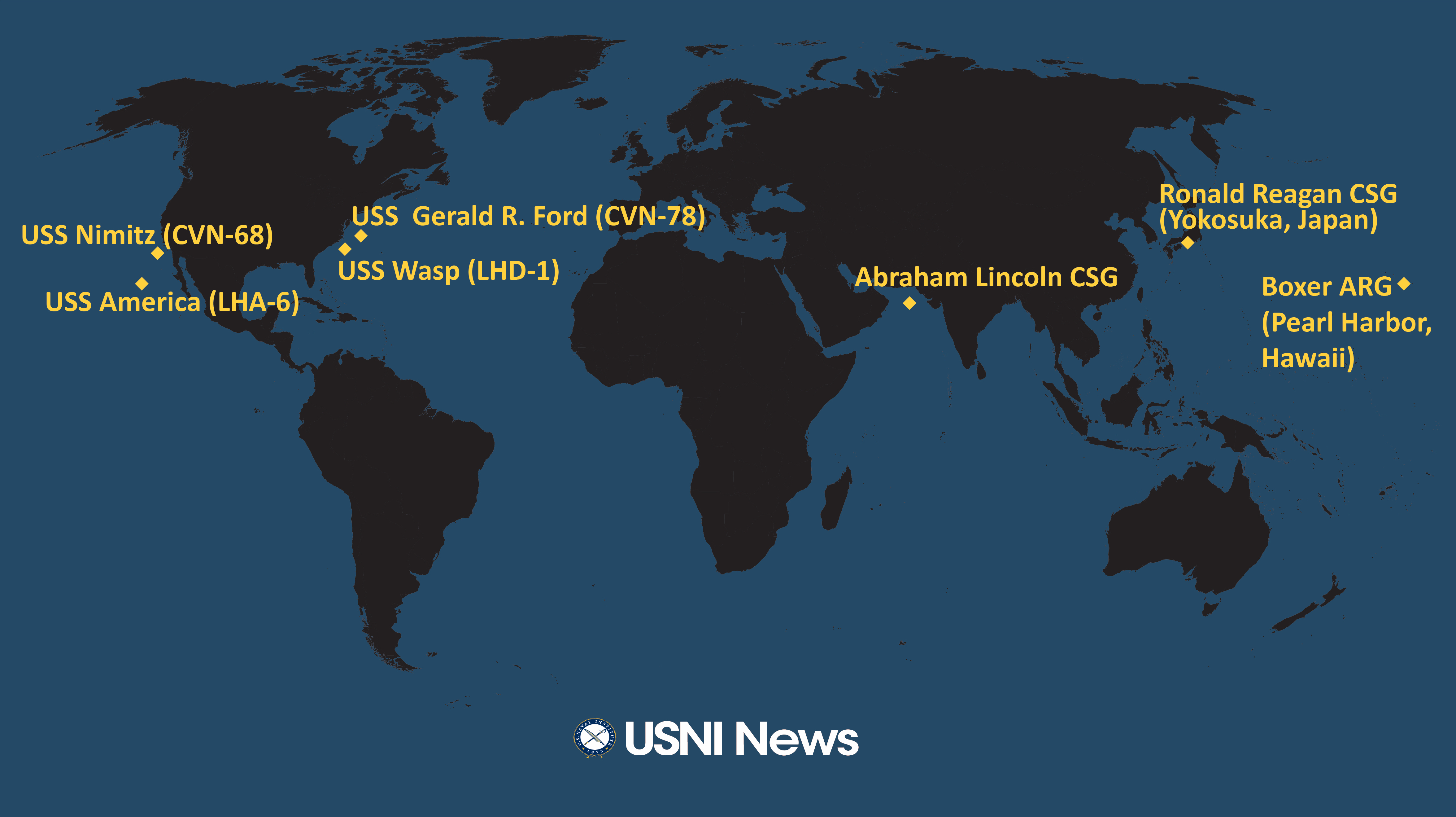 These are the approximate positions of the U.S. Navy’s deployed carrier strike groups and amphibious ready groups throughout the world as of Nov. 18, 2019, based on Navy and public data. In cases where a CSG or ARG is conducting disaggregated operations, the chart reflects the location of the capital ship. 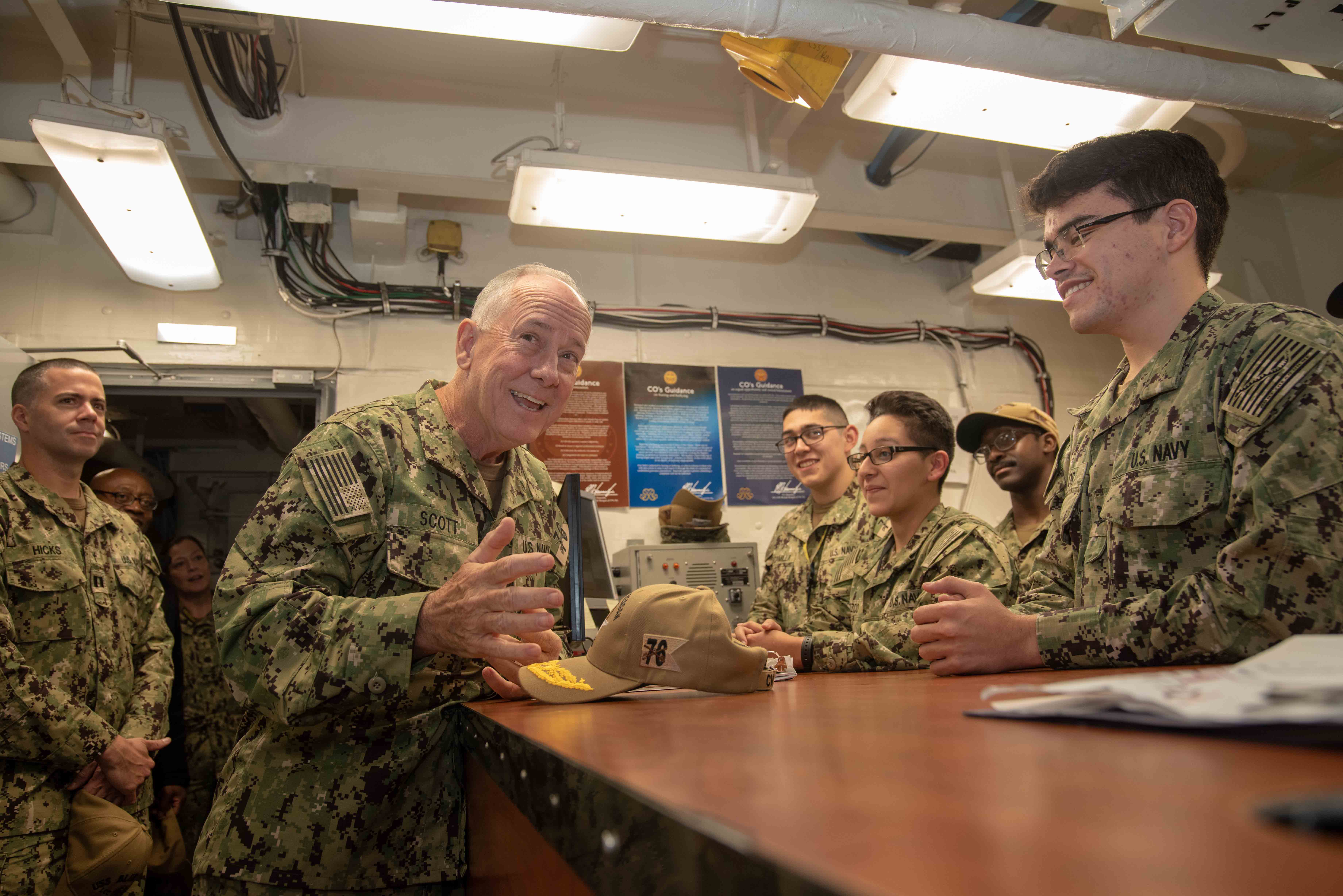 USS Ronald Reagan (CVN-76) is in port in Yokosuka, Japan. Squadrons from the forward-deployed Carrier Air Wing 5, which had deployed with the Ronald Reagan Carrier Strike Group, have returned to their home airfields at Marine Corps Air Station Iwakuni and Naval Air Station Atsugi. 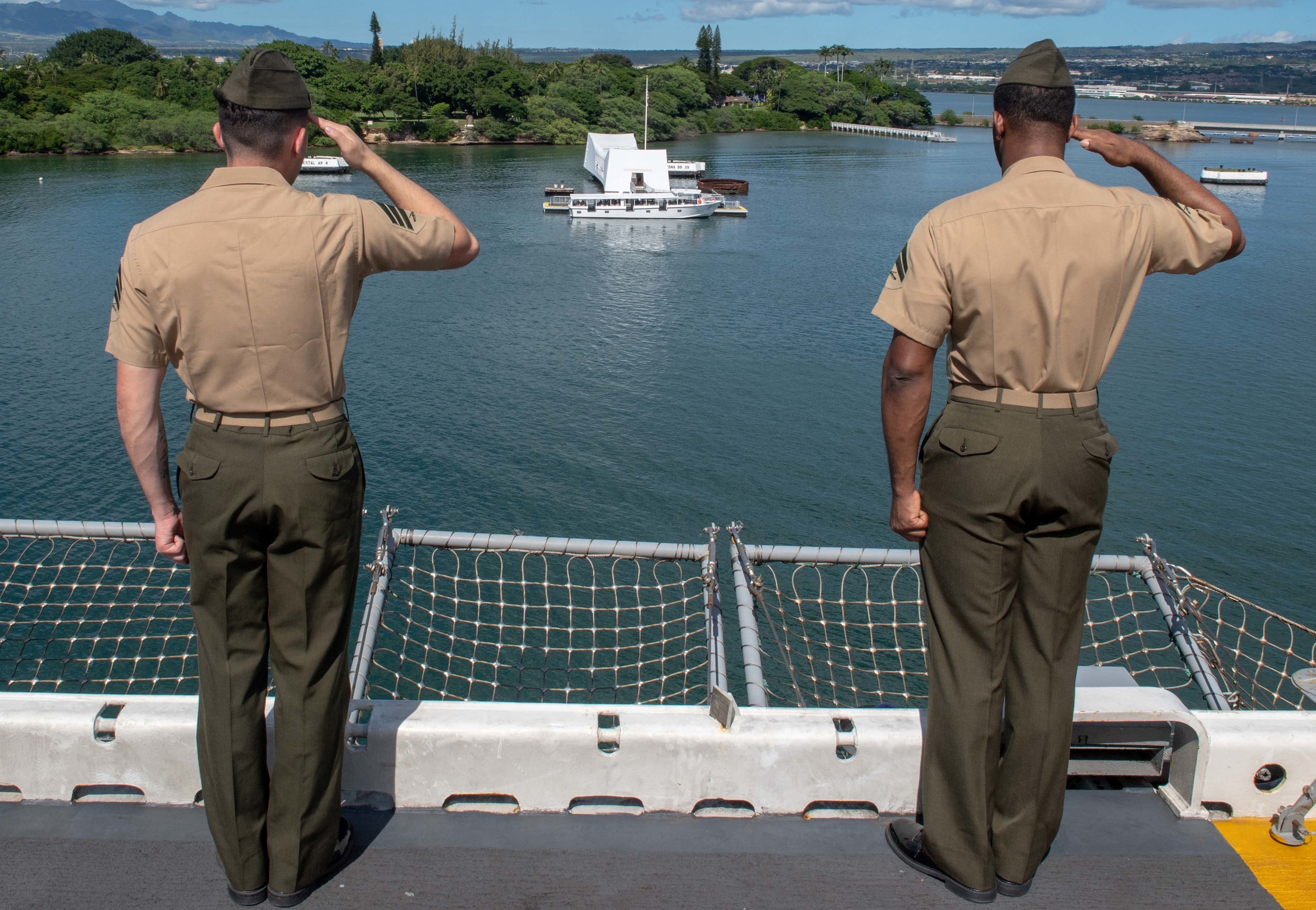 The Boxer Amphibious Ready Group (ARG) with the 11th Marine Expeditionary Unit (MEU) arrived in Pearl Harbor on Nov. 13. The ARG/MEU is expected to get underway today and complete its transit to San Diego, Calif. The units left California on May 1 for a deployment to the Middle East and Pacific. 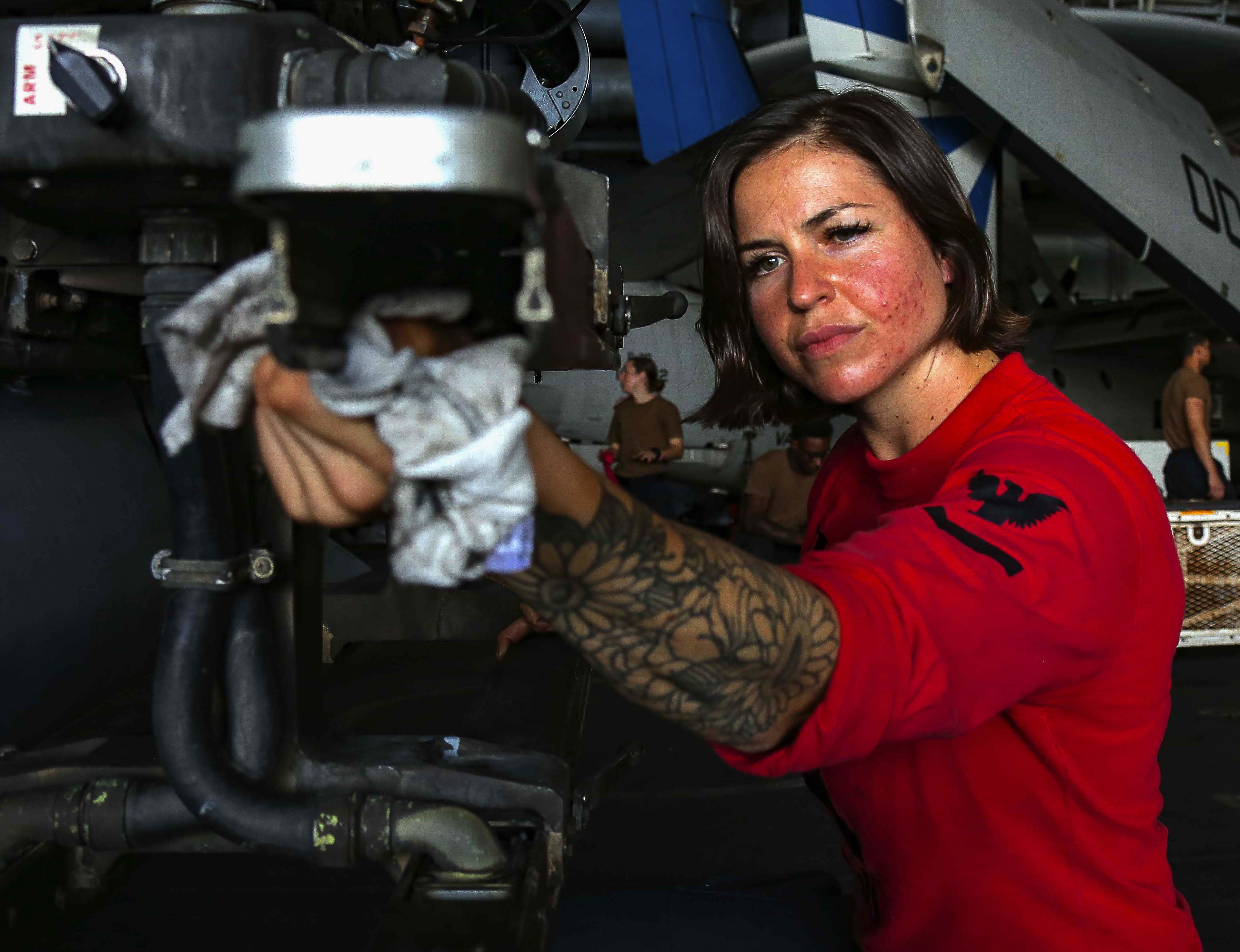 The Abraham Lincoln Carrier Strike Group is in the North Arabian Sea. USS Abraham Lincoln (CVN-72), homeported in Norfolk, Va. (shifting to San Diego, Calif., upon completion of deployment). USS Harry S Truman (CVN-75) is expected to deploy this week and will, ultimately, take Lincoln’s place in U.S. Central Command. This deployment will be Truman‘s second within two years, after a 2018 deployment. 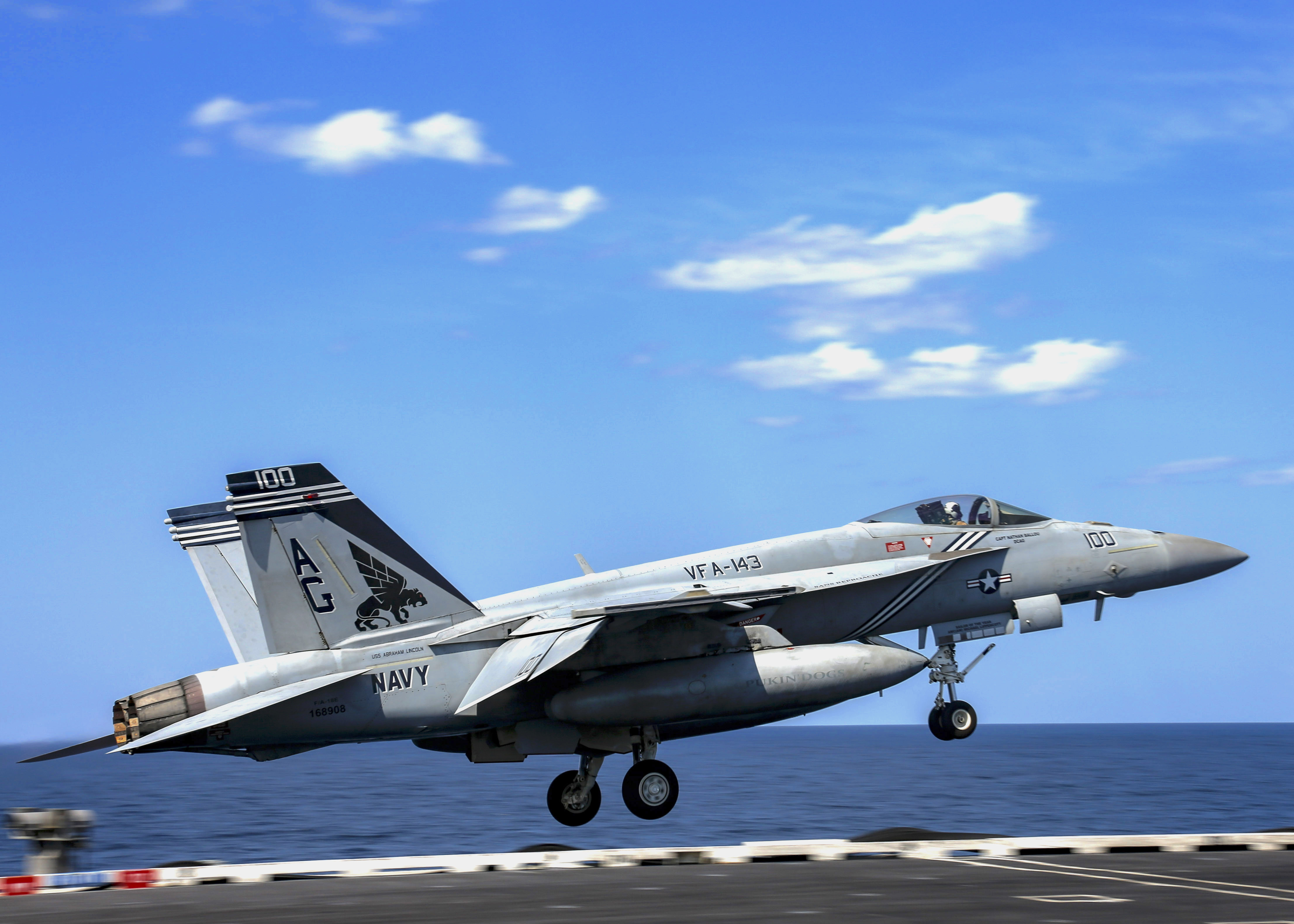 An F/A-18E Super Hornet attached to the “Pukin’ Dogs” of Strike Fighter Squadron (VFA) 143 launches from the flight deck of the aircraft carrier USS Abraham Lincoln (CVN-72) on Nov. 12, 2019. US Navy Photo 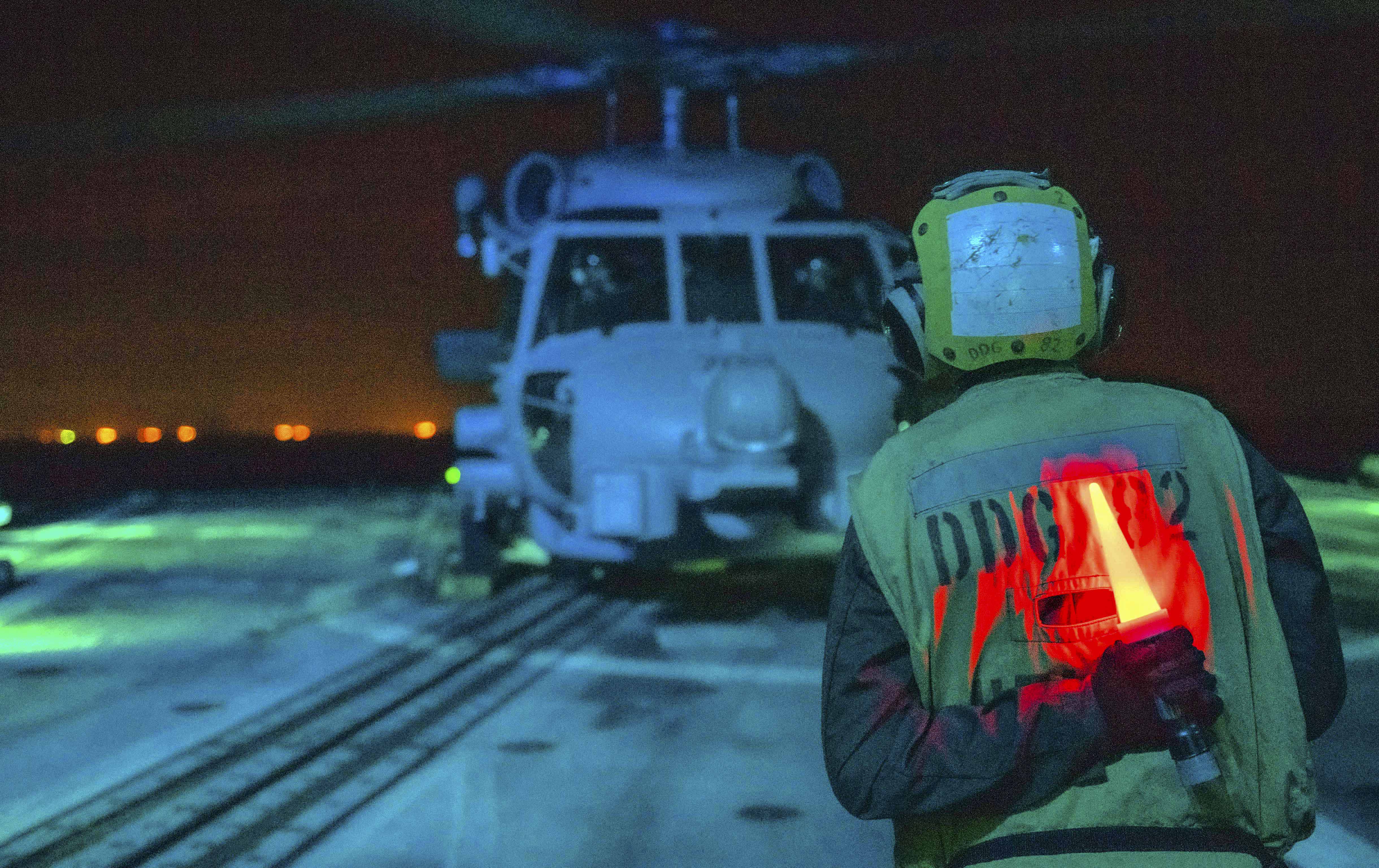 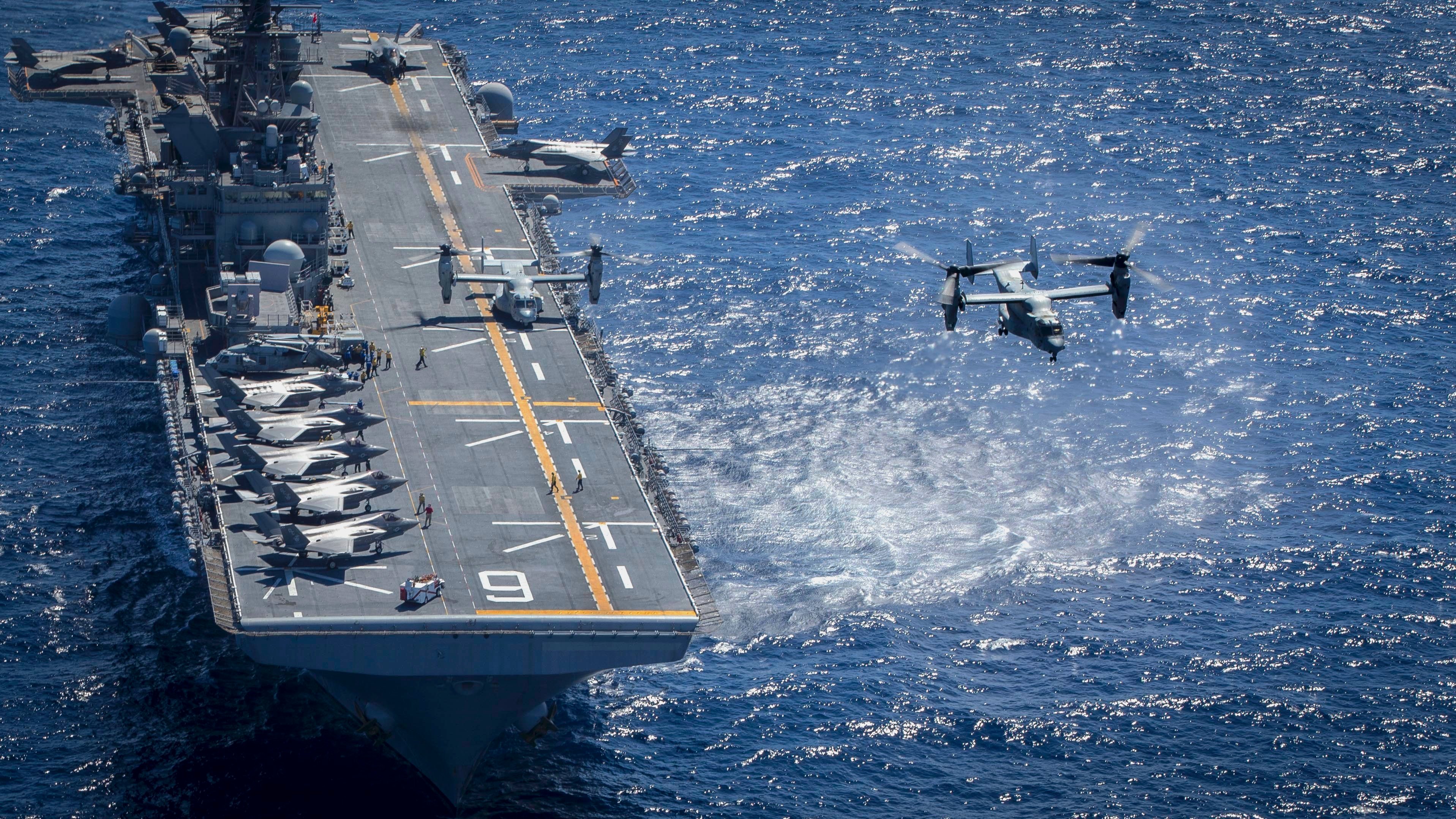 USS Wasp (LHD-1) is underway in the Western Atlantic en route to the amphibious assault ship’s new homeport of Norfolk, Va. It was just over two years ago, on Aug. 30, 2017, that Wasp departed Norfolk for a new home at Naval Base Sasebo, Japan.