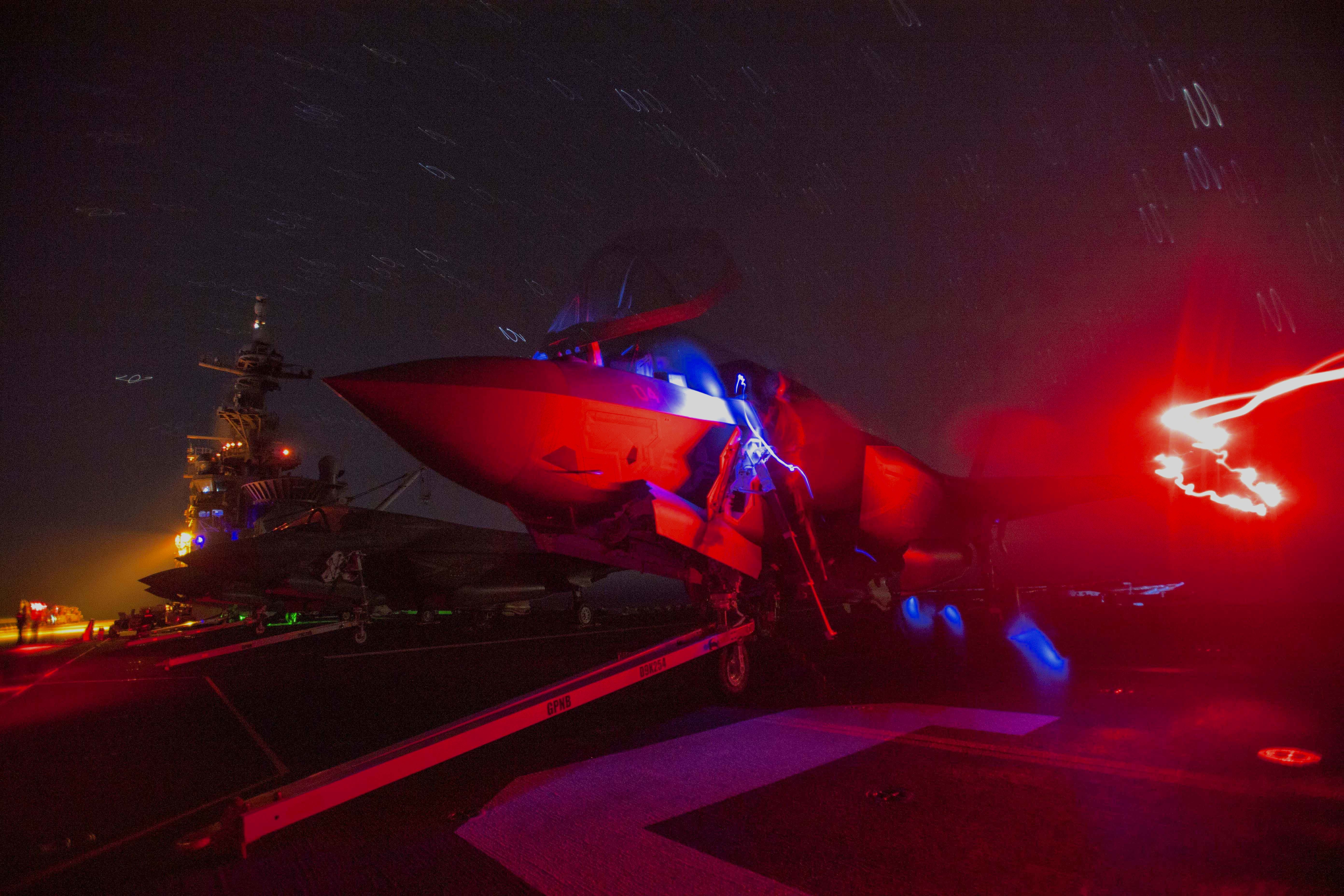 Lockheed Martin and the JPO reached what was called a “handshake deal” to produce the next three batches, called Lots 12, 13 and 14, in June. The deal would, for the first time, bring the per-unit flyaway cost of the F-35A standard take-off and landing variant to below $80 million, according to a release from Lockheed Martin.

“Driving down cost is critical to the success of this program. I am excited that the F-35 Joint Program Office and Lockheed Martin have agreed on this landmark three-lot deal. This agreement achieves an average 12.7 percent cost reduction across all three variants and gets us below $80 million for a USAF F-35A by Lot 13 – one lot earlier than planned,” Air Force Lt. Gen. Eric Fick, the F-35 Program Executive Officer, said in a statement. “This $34 billion agreement is a truly historic milestone for the F-35 Enterprise.”

“With smart acquisition strategies, strong government-industry partnership and a relentless focus on quality and cost reduction, the F-35 enterprise has successfully reduced procurement costs of the 5th Generation F-35 to equal or less than 4th generation legacy aircraft,” Greg Ulmer, the Lockheed Martin F-35 Program vice president and general manager, said in a statement. “With the F-35A unit cost now below $80 million in Lot 13, we were able to exceed our long-standing cost reduction commitment one year earlier than planned.”

While the Joint Program Office and Lockheed Martin agreed on a multi-lot deal, the Pentagon is not quite ready to sign off on moving the F-35 program into a full-rate production, which would allow for awarding multi-year F-35 contracts.

F-35 aircraft are performing well in real-world operations. However, the military’s ability to integrate F-35s into a Department of Defense simulation system hit some snags, Ellen Lord, undersecretary of defense for acquisition and sustainment, said during a media briefing on Oct. 18. The full-rate production decision had been expected to occur in December, but Lord said her determination could be delayed as much as 13 months, coming as late as January 2021.