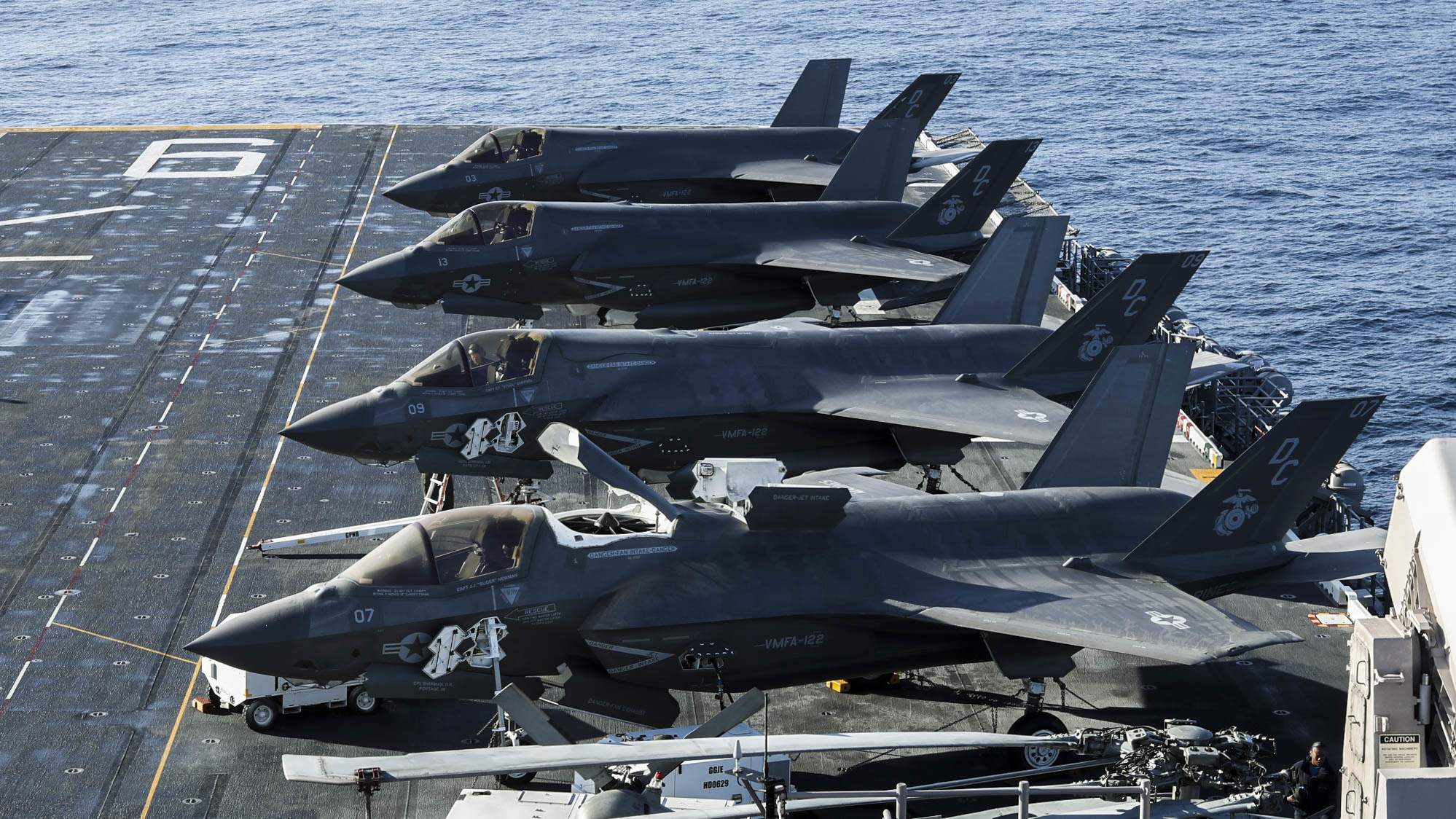 The F-35 Joint Strike Fighter is performing well in the real world, but challenges incorporating it into a Defense Department simulation system will delay DoD from being able to move into full-rate production, the Pentagon’s top weapons-buyer told reporters today.

Ellen Lord, undersecretary of defense for acquisition and sustainment, said in a media briefing that the services are doing well in operating and sustaining the aircraft. But, she said, a decision to declare Milestone C and move into full-rate production – which would allow DoD to consider awarding multi-year procurement contracts and further cut cost from the program – could be delayed by as much as 13 months.

“We actually just have signed out of the [Joint Program Office] earlier this week a program deviation report that documented expected schedule threshold breach in the Milestone C full-rate production decision milestone of up to 13 months. So what this is the result of – and I follow this very carefully – is the fact that we are not making as quick progress on the Joint Simulation Environment integrating the F-35 into it,” she said.
“It is a critical portion of [Initial Operational Test and Evaluation]. We work closely with Dr. (Robert) Behler at [Director of Operational Test and Evaluation]: they’re making excellent progress out on the range with the F-35, but we need to do the work in the Joint Simulation Environment. We have collectively decided that we need to get the JSE absolutely correct before we proceed, so I’m going to make some decisions about when that full-rate production decision will be made shortly.”

The 13-month delay would push the Milestone C decision from this December to as late as January 2021.

“That being said, we’re moving forward with the program: the aircraft are performing exceptionally well, and we’re very excited about the progress. So it does not change what we’re doing on the production line, what we’re doing in terms of development or sustainment,” Lord said. 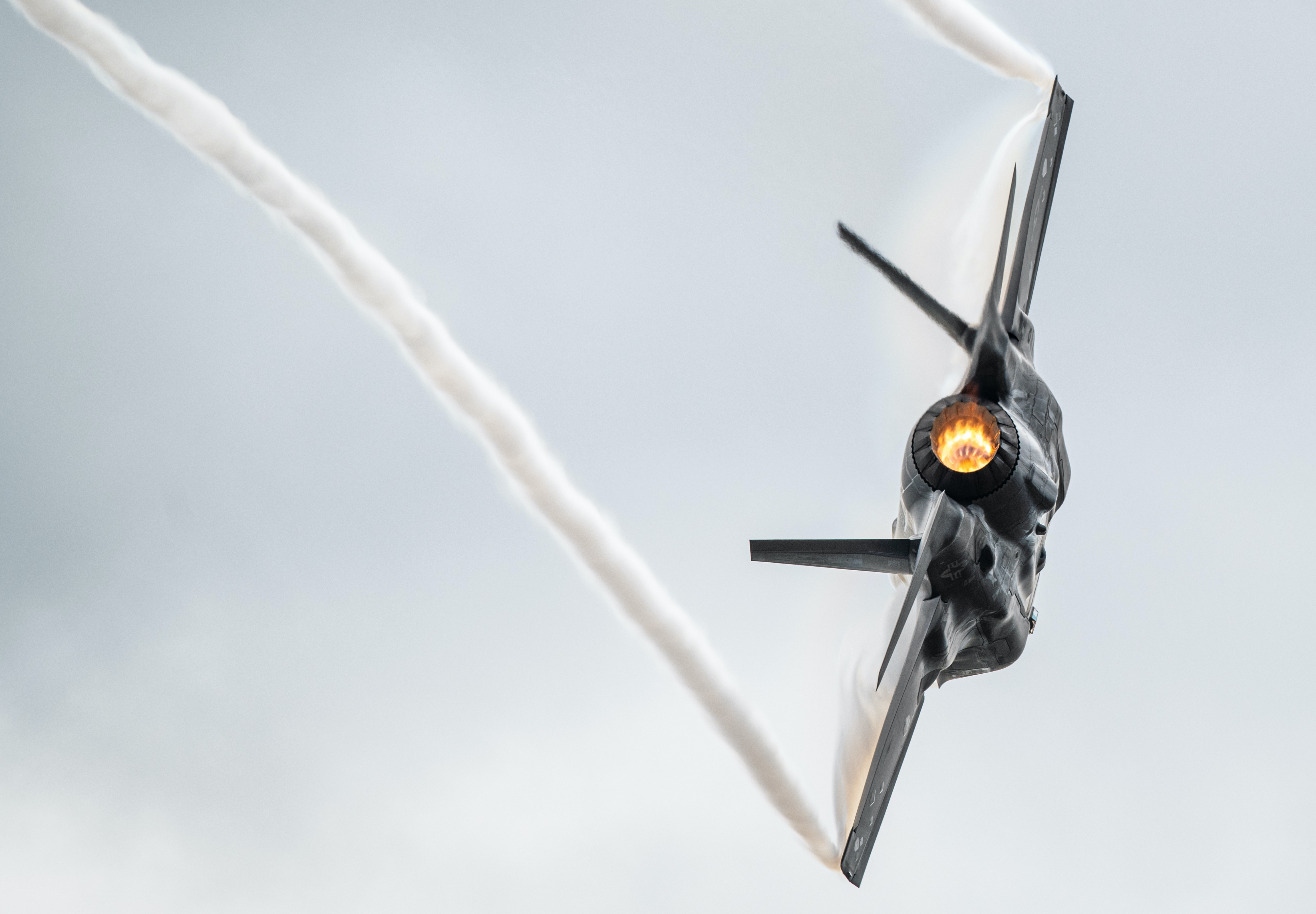 She noted during her media briefing that Marine Fighter Attack Squadron (VMFA) 122 out of Marine Corps Air Station Yuma in Arizona is embarked on USS America (LHA-6) now with its F-35Bs, providing a vertical takeoff and landing capability in the Pacific as America moves to its new homeport in Japan. The Air Force is also operating its F-35A conventional takeoff and landing jet in the Middle East.

And allies are integrating the F-35 into their tactical aviation inventories, she added, with Italy recently deploying six F-35As to Keflavik Airbase to conduct NATO air policing and training duties over Iceland and the United Kingdom this week conducting its first carrier qualifications for its F-35Bs aboard aircraft carrier HMS Queen Elizabeth (R08).

As for the procurement of new jets, Lord said “we’ve reached a handshake agreement with Lockheed Martin and continue to negotiate on the next F-35 lot buy for 478 aircraft. I won’t get into any specifics,” but she vowed to provide details of the negotiations once a contract was finalized. The Pentagon and the jet-builder reached this handshake agreement for Lots 12, 13 and 14 in June. The agreement covers three lots but would be written as a contract for Lot 12, with options for the next two lots. Once the Pentagon declares Milestone C and full-rate production, the department could look at multiyear contracts for Lots 15 and beyond – if DoD feels comfortable with the program – as a way to potentially trim more cost out of the program.