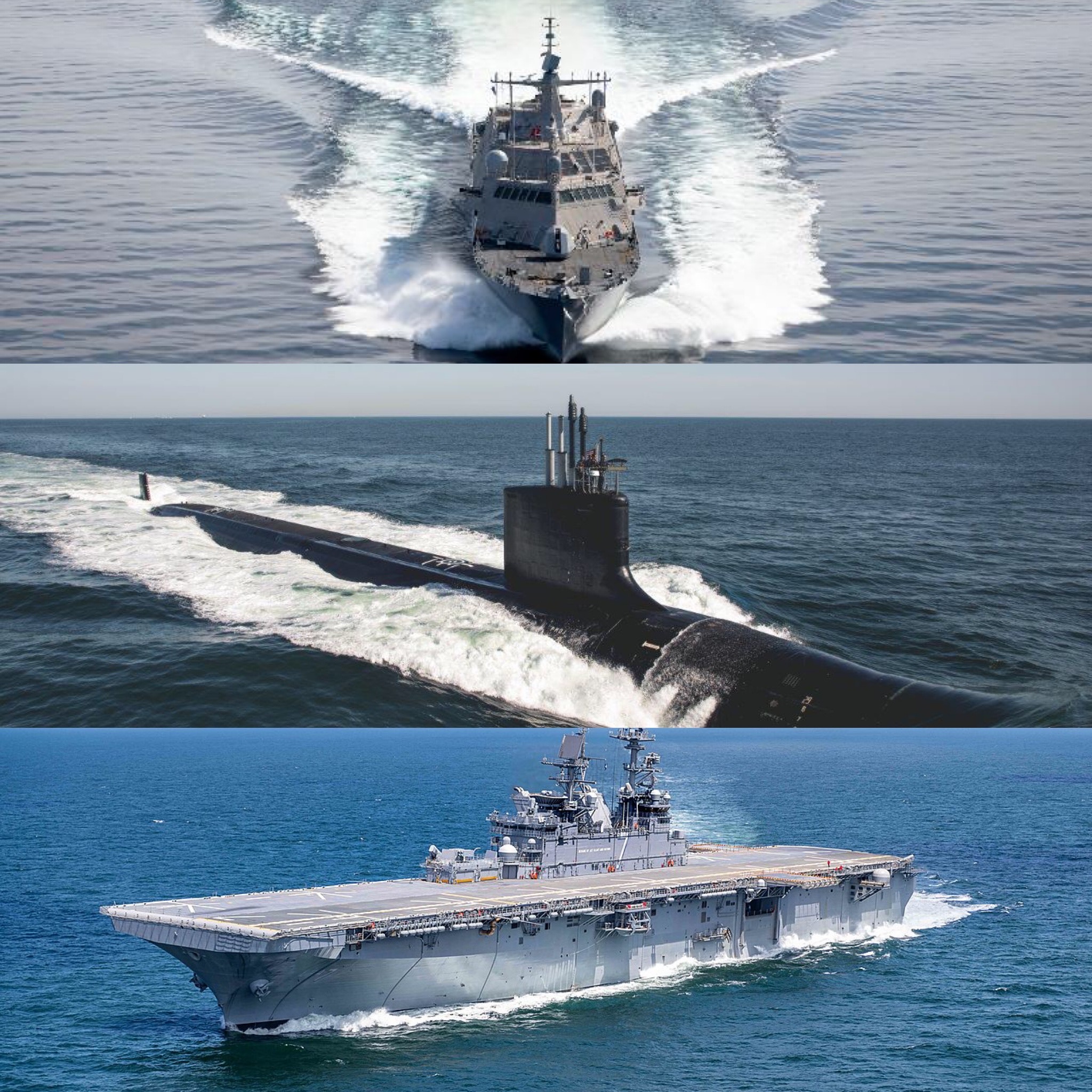 The Block III Virginia-class submarines, when compared to the Block I and Block II subs, 12 individual vertical launch tubes with two large-diameter Virginia Payload Tubes that each can launch six Tomahawk cruise missiles, according to Naval Sea Systems Command. The Block III submarines also have a water-backed large-aperture bow sonar array in places of the traditional air-backed spherical array.

“Delaware’s delivery marks the culmination of millions of man-hours of work by thousands of people across this country to bring the world’s foremost undersea asset to the fleet,” said a statement from Capt. Christopher Hanson, the Virginia-Class Submarine program manager. “This next-generation attack submarine provides the Navy with the capabilities required to maintain the nation’s undersea superiority.”

In Pascagoula, Miss., the future amphibious warship Tripoli (LHA-7) completed acceptance trials, NAVSEA announced. Tripoli is the second ship in the America-class built without a well deck, and instead has an enlarged hangar deck and realigned and expanded aviation maintenance facilities.

“The capability that our large deck amphibs bring to the fight is tremendous,” said a statement from Tom Rivers, the amphibious warfare program manager for Program Executive Office (PEO) Ships. “Their ability to embark Joint Strike Fighters and MV-22 Osprey enable this versatile platform to increase the lethality of our expeditionary warfighters.”

The Navy expected Tripoli to join the fleet this fall. However, the shipbuilder, Huntington Ingalls Industries pushed back its delivery while it fixed some technical design issues, USNI News previously reported.

“There’s been a lot of hard work accomplished to get LHA-7 to this point”, said a statement from Capt. Nathan Schneider, the Supervisor of Shipbuilding, Conversion and Repair Gulf Coast. “The team’s focus is now on delivering the LHA-7 to the fleet in the best possible condition, fully capable and ready to deploy if called upon.”

“The crew gives the ship its own personality and warfighting spirit. The men and women of USS Indianapolis exemplify patriotism, grit, and what this great country of ours stands for,” said Cmdr. Colin Kane, the commanding officer of Indianapolis in a statement. “I am extremely proud to have all of [the USS Indianapolis crew] as shipmates.”