The Navy will not commission its second America-class amphibious assault ship Tripoli (LHA-7) this fall as originally planned, according to its builder.

The Navy had expected to receive Tripoli in late 2019, according to media reports. HII pushed delivery to the end of 2019 or even into 2020 as the company works through some technical design issues with the ship’s systems, Mike Petters, chief executive of Huntington Ingalls Industries (HII), said Thursday morning during a conference call with analysts to discuss the company’s second-quarter financial results.

“The systems are working today. It’s just a question of whether they will work for the life of the ship,” Petters said.

“We’re working through a couple of technical design issues that we’re working and discussing with the Navy about,” Petters said. “Are these … issues that need to be resolved before we deliver the ship?” 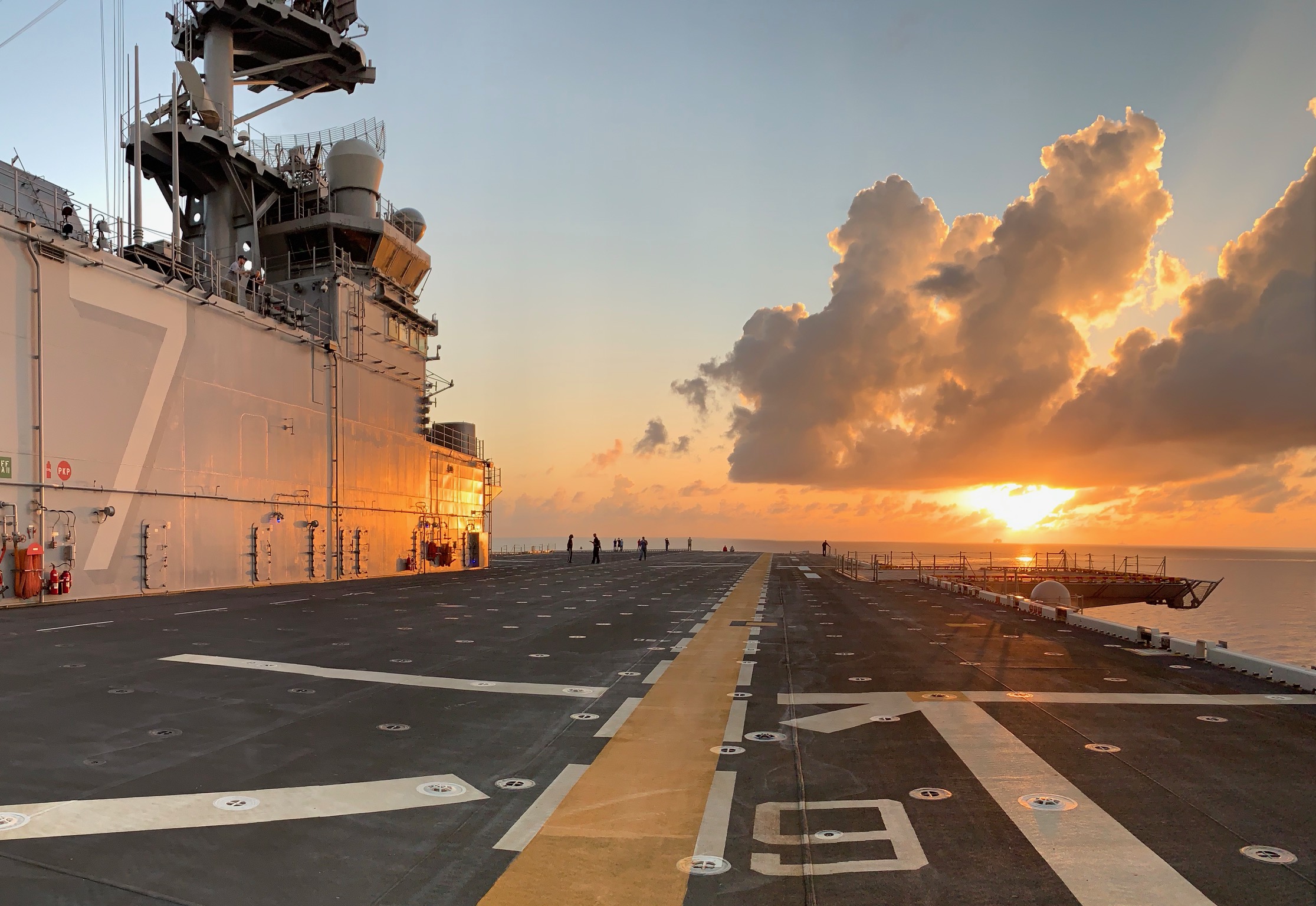 The Navy’s newest America-class amphibious assault ship, the future USS Tripoli (LHA 7), successfully completed Builder’s Trials on July 19, 2019. During a four-day builder’s trials underway in the Gulf of Mexico, the Navy assessed the operational readiness of the ship through dock trials and more than 200 at-sea test events. US Navy photo.

Tripoli completed builder’s trials on July 19 after spending four days underway in the Gulf of Mexico, according to a Navy release. Following Tripoli’s builder’s trials, the Navy suggested work on the big-deck amphibious warship was progressing without significant issues.

“The Navy and industry team did a commendable job this week,” Tom Rivers, amphibious warfare program manager for Program Executive Office for Ships, said in a statement. “America-class ships bring tremendous capability to our sailors and Marines, and Tripoli will be the first large-deck amphib to reach the fleet fully ready to integrate the Marine Corps air combat element to include Joint Strike Fighters.”

Tripoli, like USS America (LHA-6), is built without a well deck. Instead, when compared to Wasp-class amphibious assault ships, Tripoli and America have enlarged hangars, expanded aviation maintenance facilities, increased spare parts and equipment storage and increased aviation fuel storage, according to the Navy.

Petters anticipates HII completing work on Tripoli and conducting acceptance trials by the end of 2019. He was not ready to set a delivery date.

“We think that’ll come to a resolution around the end of the year, and predicting whether it’s the end of this year or the beginning the next year, we don’t want to put up sort of any extra pressure on that,” Petters said. “We want to resolve that the right way.”