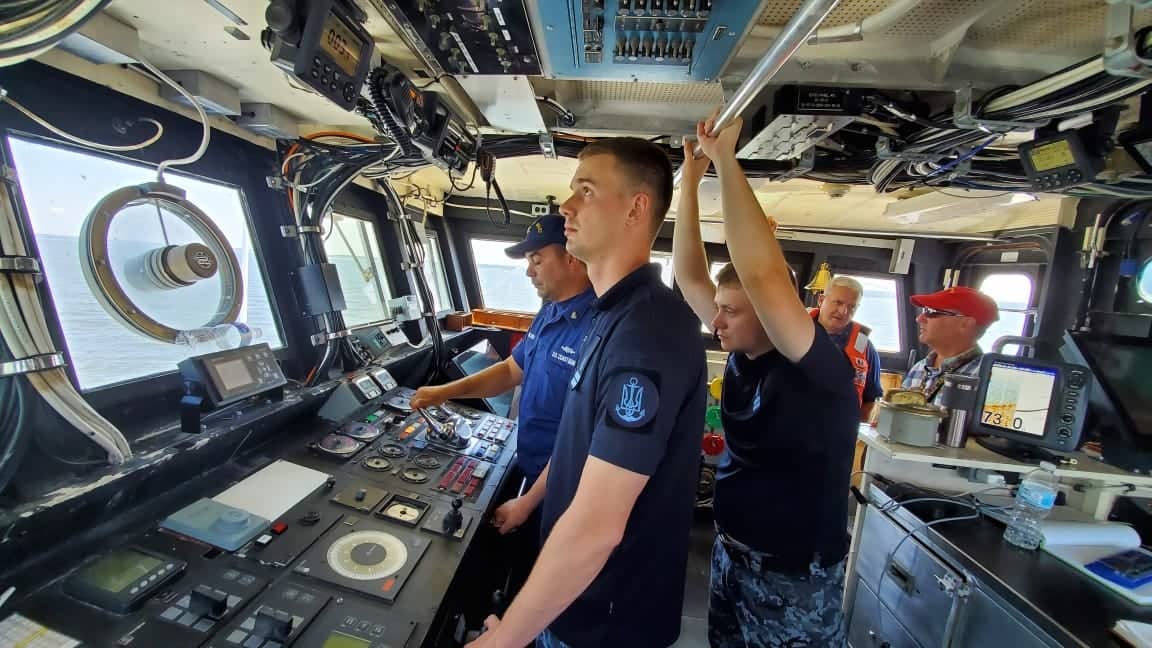 Members of the Ukrainian navy train aboard a retired U.S. Coast Guard Island-class cutter that was transferred to Ukraine. Ukraine navy photo.

Two former Coast Guard Island-class cutters arrived in Odessa, Ukraine, on Monday, as part of a program to beef up Ukraine’s navy with retired U.S. vessels.

The two cutters, renamed by Ukraine Slavyansk (P190) and Starobilsk (P191), are the first in a planned deal to send four Island-class hulls to Ukraine, as part of U.S. program sending excess military equipment to other nations. The ships will be based in Odessa, according to the Kyiv-based UNIAN independent news agency.

The general cargo ship Ocean Freedom delivering the two cutters arrived at the Black Sea port of Odessa, according to Istanbul-based ship spotters and UNIAN.

A year ago, Ukraine took ownership of the ships, formerly named USCGC Cushing (WPB-1321) and USCGC Drummond (WPB-1323). At the time, Petro Poroshenko, the former Ukranian president, heralded the handover as a boost to his nation’s ability to protect its shoreline and maritime rights, according to a news account by the Interfax-Ukraine news agency.

“We aim at convincing the Kremlin of our determination to protect the Ukrainian coast, just like we are defending our land in Donbas, our sovereignty, freedom, and democracy. Solidarity, unity, and support will enable us to protect this thin red line from the aggressor not with bullets, but with our determination to act,” Poroshenko said during a 2018 ceremony marking the transfer of the two ships to the Ukrainian Navy, according to Interfax-Ukraine news agency.

An example of the threat facing Ukraine occurred in November. Russian maritime forces fired on and seized three Ukranian naval vessels that were attempting to sail from the Black Sea into the Sea of Azov through the Kerch Strait, USNI News reported. 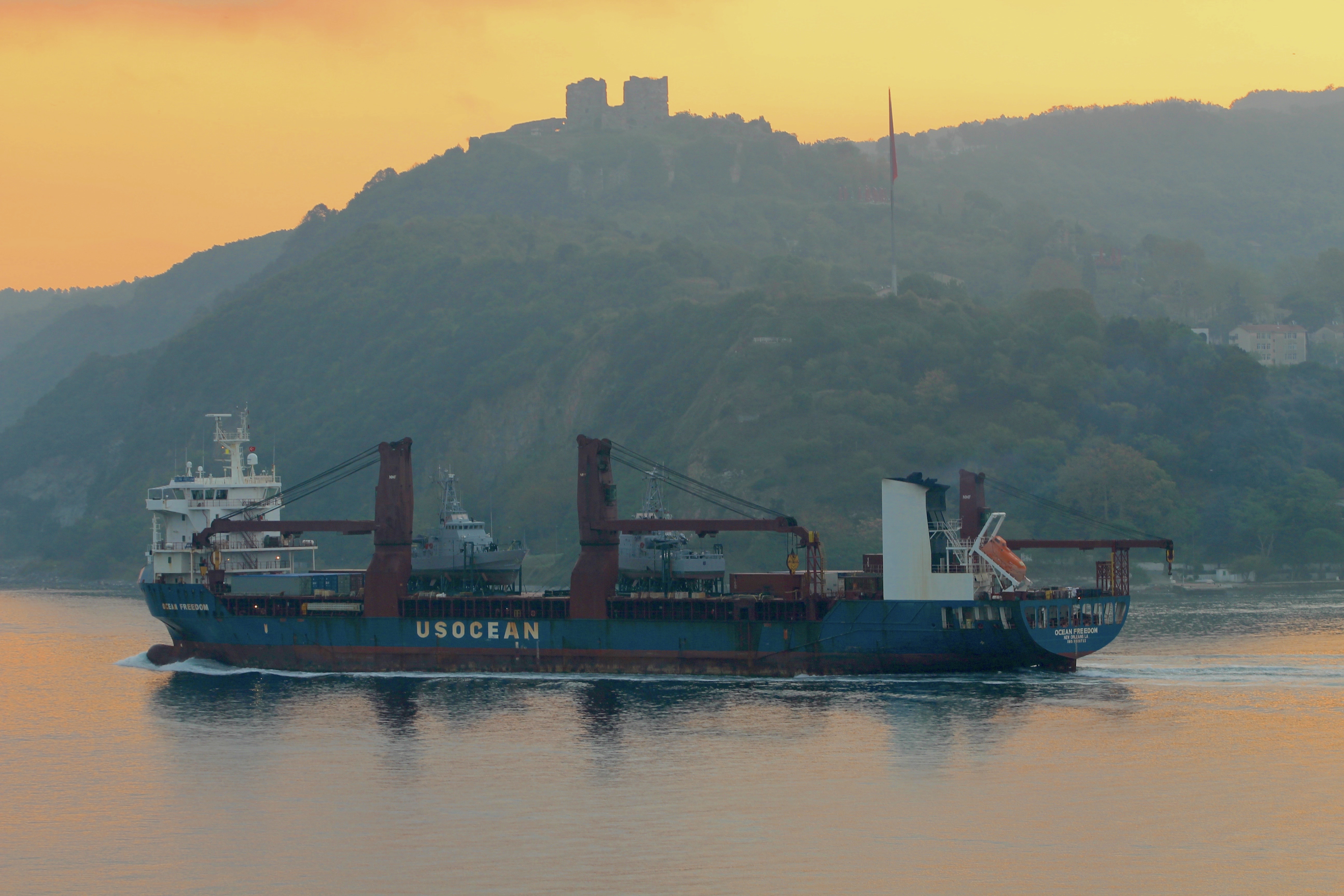 Former Coast Guard cutters transit the Bosporus into the Black Sea on Sunday. Photo by Yörük Işık used with permission

The delivery of Island-class cutters to Ukraine had been in the works since 2014, when Russian forces seized Ukraine’s Crimean peninsula, which was home to a large portion of Ukraine’s navy. Transferring the Island-class cutters to Ukraine was intended to increase Ukraine’s naval capabilities. However, the deal was delayed for years as details were worked out, according to a report from The Atlantic Council.

The training included learning how to operate the bridge controls and electronic map navigation systems, along with practice maneuvering the ships to pick up inflatable rigid-hull boats, according to the Ukrainian Navy.

The first Island-class cutter contract was awarded in 1984 to Bollinger Shipyards. The Coast Guard initially planned to use the cutters in the Southeastern United States. The U.S. Coast Guard started replacing the class with newer Sentinel-class cutters in 2014.